​﻿The Fifth Lecture of Legal Ethics of Beijing Normal University—Lin Chuwen, Judge of Xiangzhou District People's Court, Talked About the Successful Holding of "Being a Warm Legal Person" 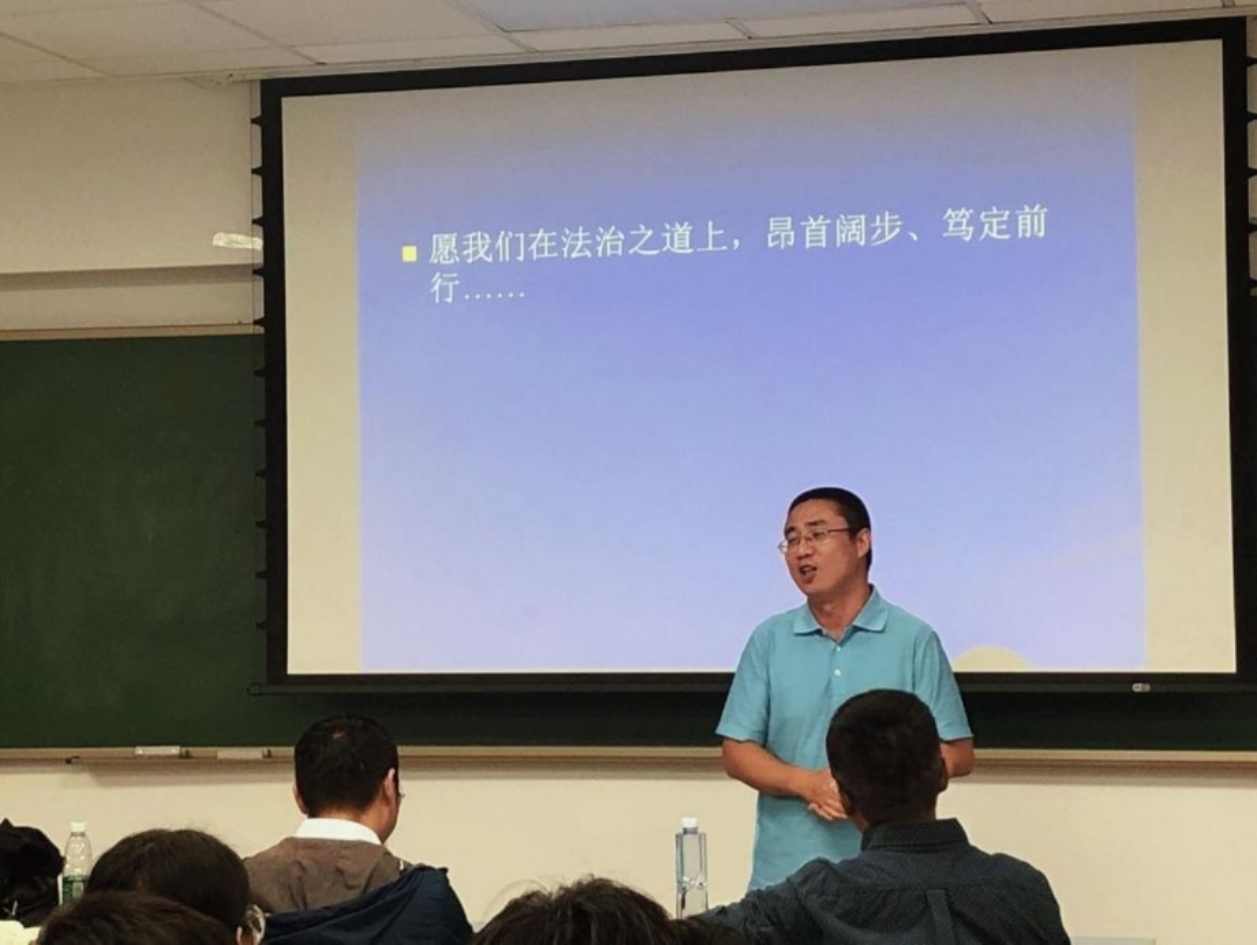 Before the lecture, Associate Professor Liao Ming introduced Dr. Lin Chuwen, the presiding judge, to the students. Judge Lin is currently working as a judge (first-class post judge) in Xiangzhou District People's Court of Zhuhai City, mainly engaged in the trial and execution of civil and commercial cases. He is also an associate professor of Zhuhai College of Beijing Institute of Technology, an external teacher of Beijing Normal University, Zhuhai, an external teacher of Zhuhai Open University and an external teacher of Zhuhai city polytechnic. For a long time, he has been responsible for undergraduate specialized courses teaching in the above four colleges and universities, and at the same time, he has taught students safety and legal education in some other colleges and higher vocational colleges in Zhuhai and Zhongshan.

At the beginning of the lecture, Judge Lin Chuwen started from his PhD study experience, and through the first question of the PhD supervisor, he triggered the students thinking, and then led to what is a legal person with temperature. Because the early laws are linked with punishment, most people think that the law is cold. However, Judge Lin thought that although the law is cold, the people who enforce it can have temperature. Judge Lin pointed out that temperature is not the same as warmth, and the temperature of legal person should be all-round, three-dimensional, warm or cold, which can only be understood without words. 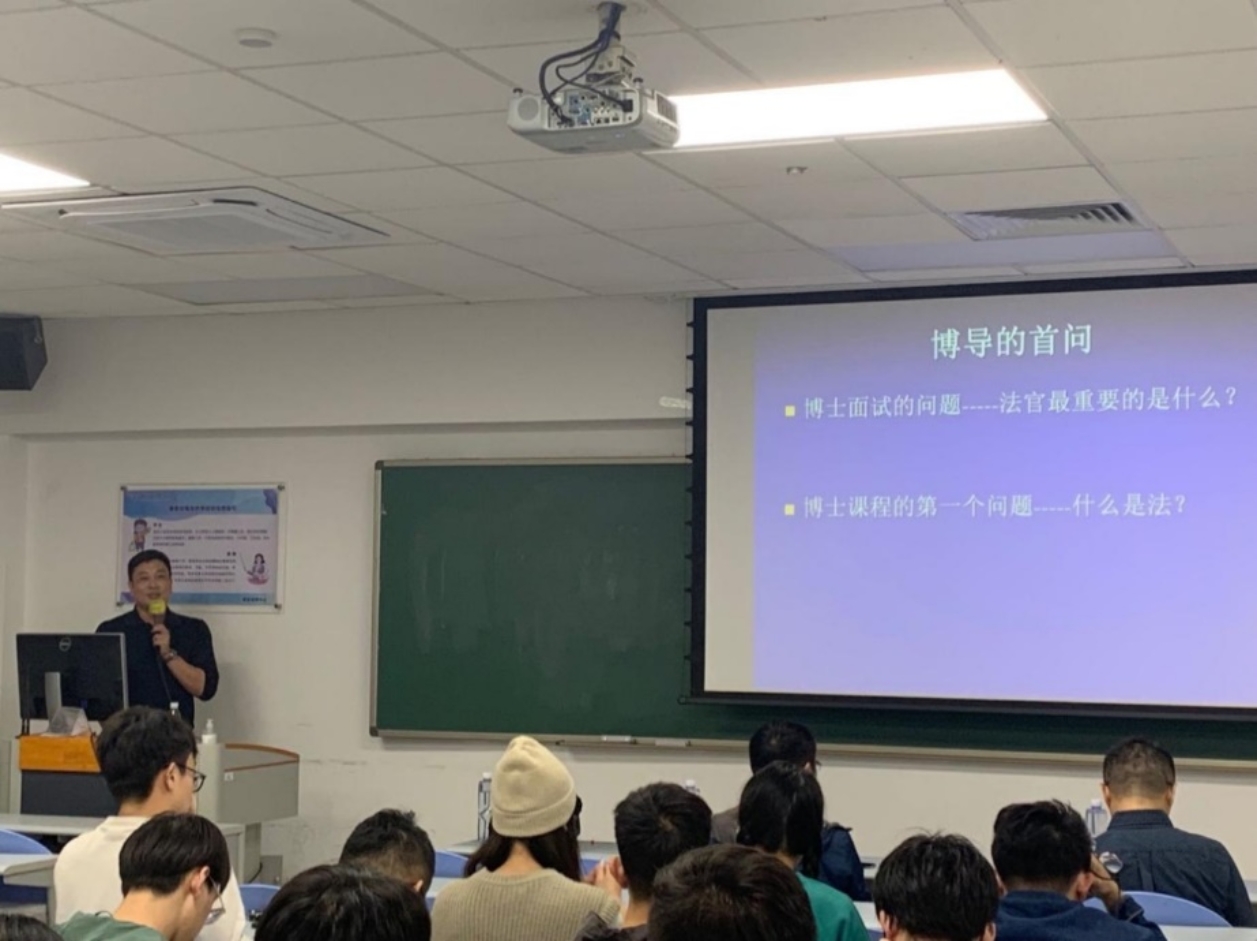 Judge Lin pointed out that there are differences between the rule of law in China and the West. China has a long way to go. China is slowly moving from the traditional "rule of law" to "rule of law". This is the result of the common pursuit of all legal persons, and it is also the process that the law is slowly warming up.

In the second half of the lecture, Judge Lin asked questions directly to the people's heart. Why do we study law? He vividly told us through the cases he handled that perhaps the driving force that supports each of us to study law is the pursuit of fairness and justice in our hearts, the initial intention of using the law to safeguard the legitimate rights and interests of ourselves and others, and the firm belief of constantly optimizing the legal environment. Finally, Judge Lin hoped that every student can strengthen his inner conviction and see that the law is not only a cold law, but also a story and hope of countless families. Therefore, we should adhere to our original heart and be a legal person with temperature, and contribute to the society ruled by law. 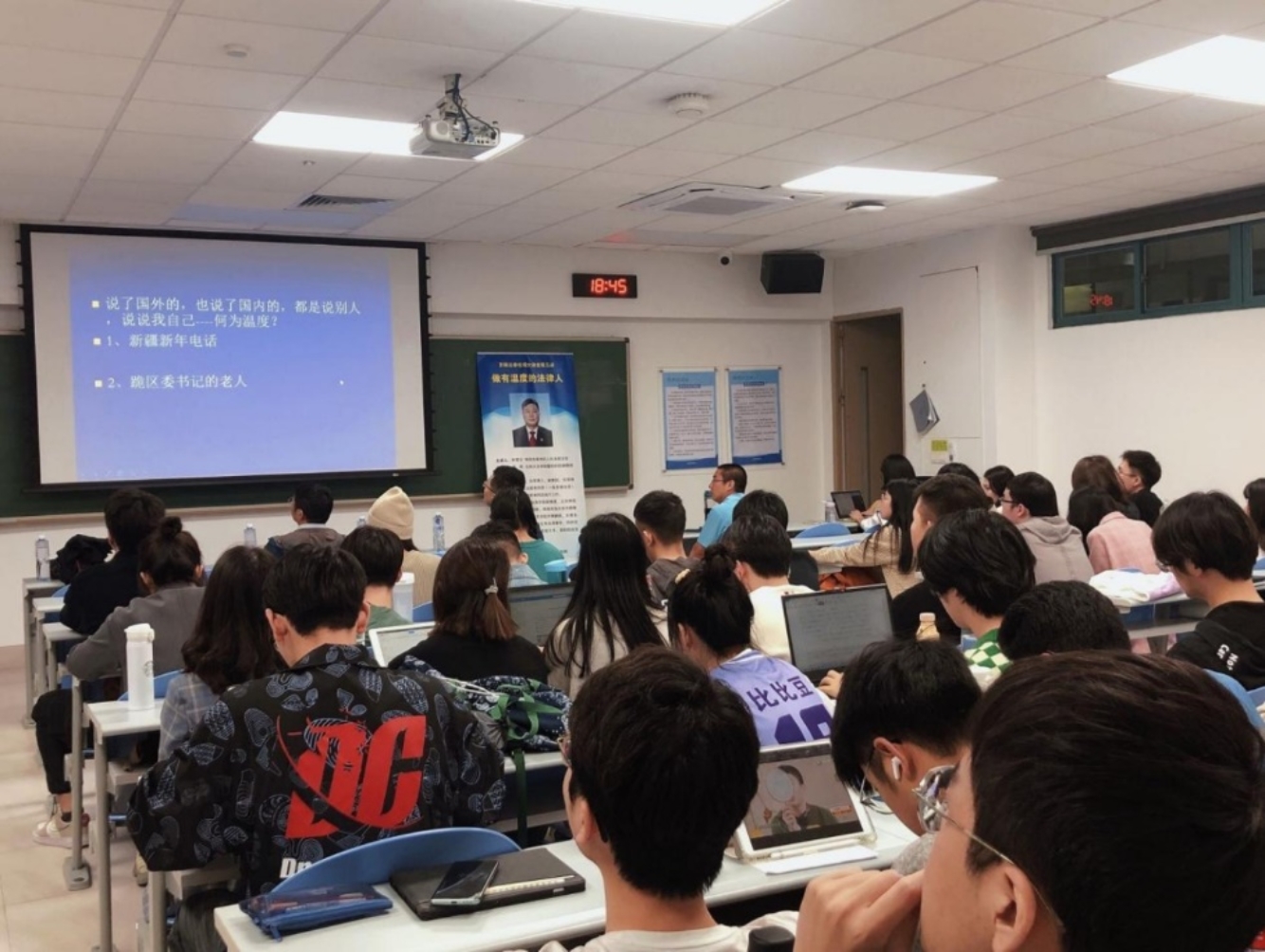 After the lecture, Professor Huang Xiaoliang and Associate Professor Liu Shiqiang had a talk with each other. Professor Huang Xiaoliang pointed out that the development of human civilization needs the rule of law, and our society is also moving towards the rule of law. It is believed that China's socialist rule of law has a temperature, we are not cold law enforcers, and more importantly, we pursue social harmony in the process of rule of law. When the law is related to the fate of various parties, victims and victims families, we should take the law as the standard and think about how to deal with each case with temperature. Because we are facing every living individual, legal persons in different fields should reflect the temperature in every link of handling cases. 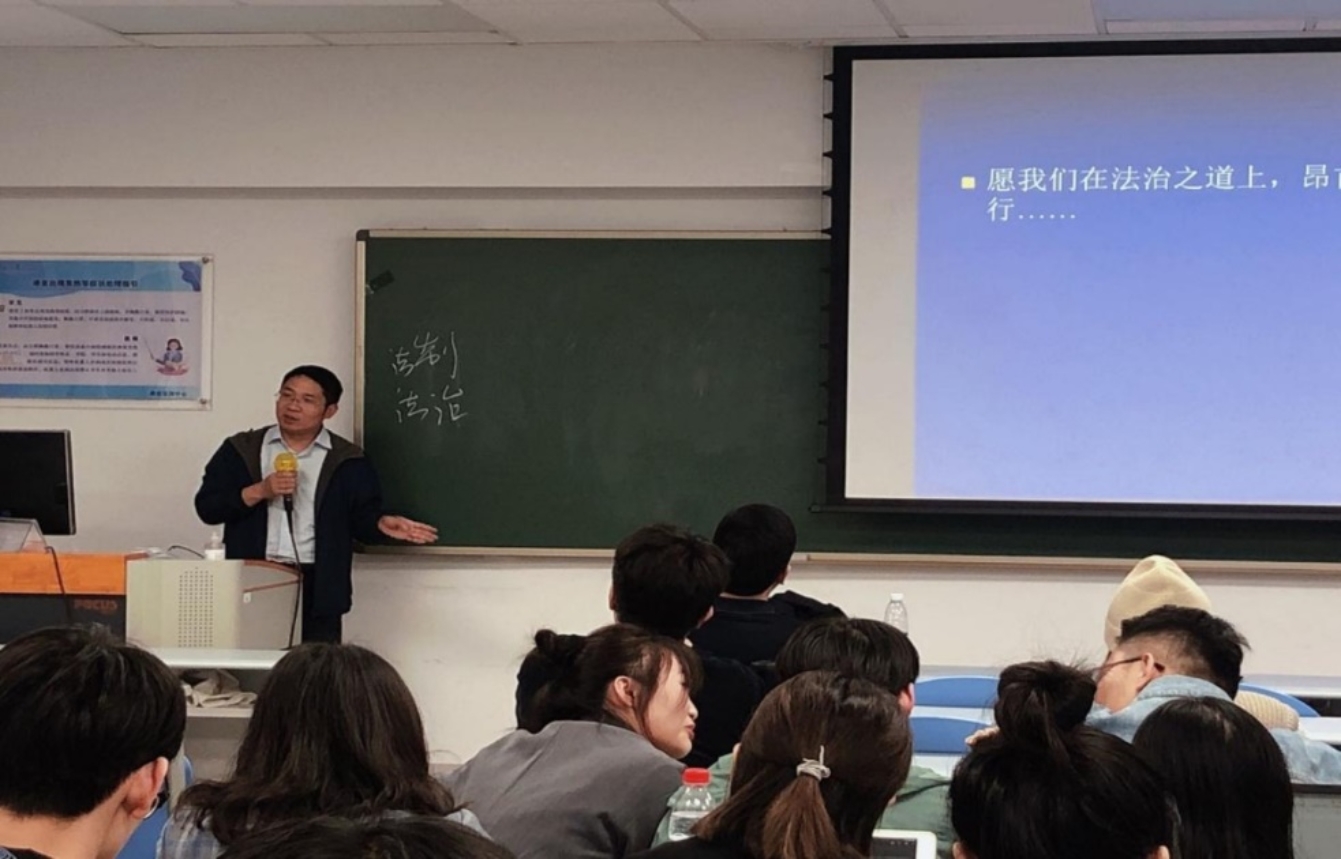 Associate Professor Liu Shiqiang expressed his strong agreement with Judge Lin's point of view and shared his unknown warmth. Judge Lin insisted on being a volunteer policeman after his busy work and went to various universities to publicize the rule of law. Judge Lin himself was the spokesperson of a warm legal person. At the same time, Associate Professor Liu Shiqiang also encourages everyone to do more aid cases after work, and strive to be a warm legal person with temperature. 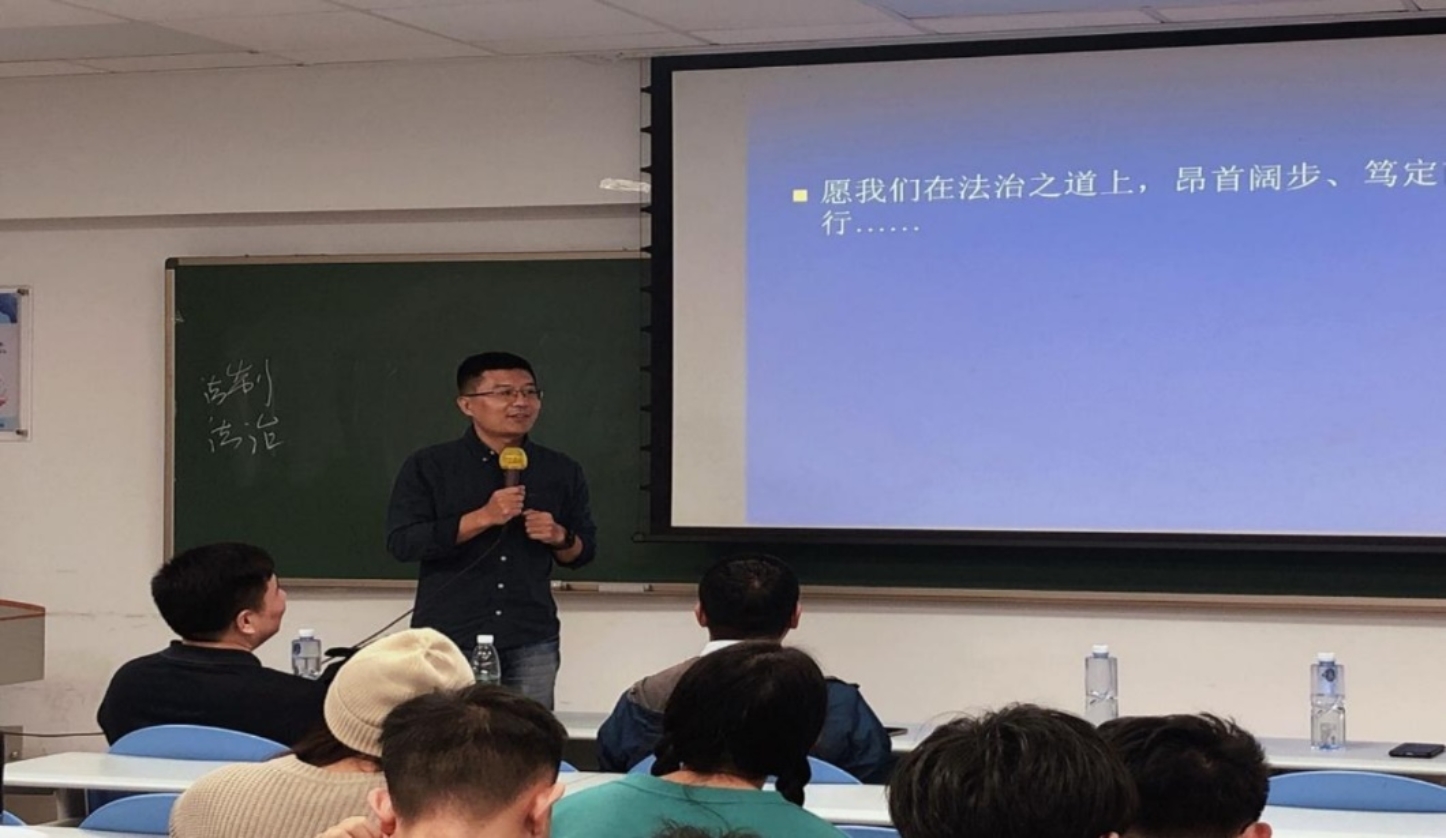 After the meeting, Judge Lin continued to communicate with his classmates. Students have said that after listening to Judge Lin's speech, they have strengthened their inner belief in the rule of law. At this point, the fifth lecture of legal ethics of Beijing Normal University—"Being a Warm Legal Person" came to a successful conclusion. 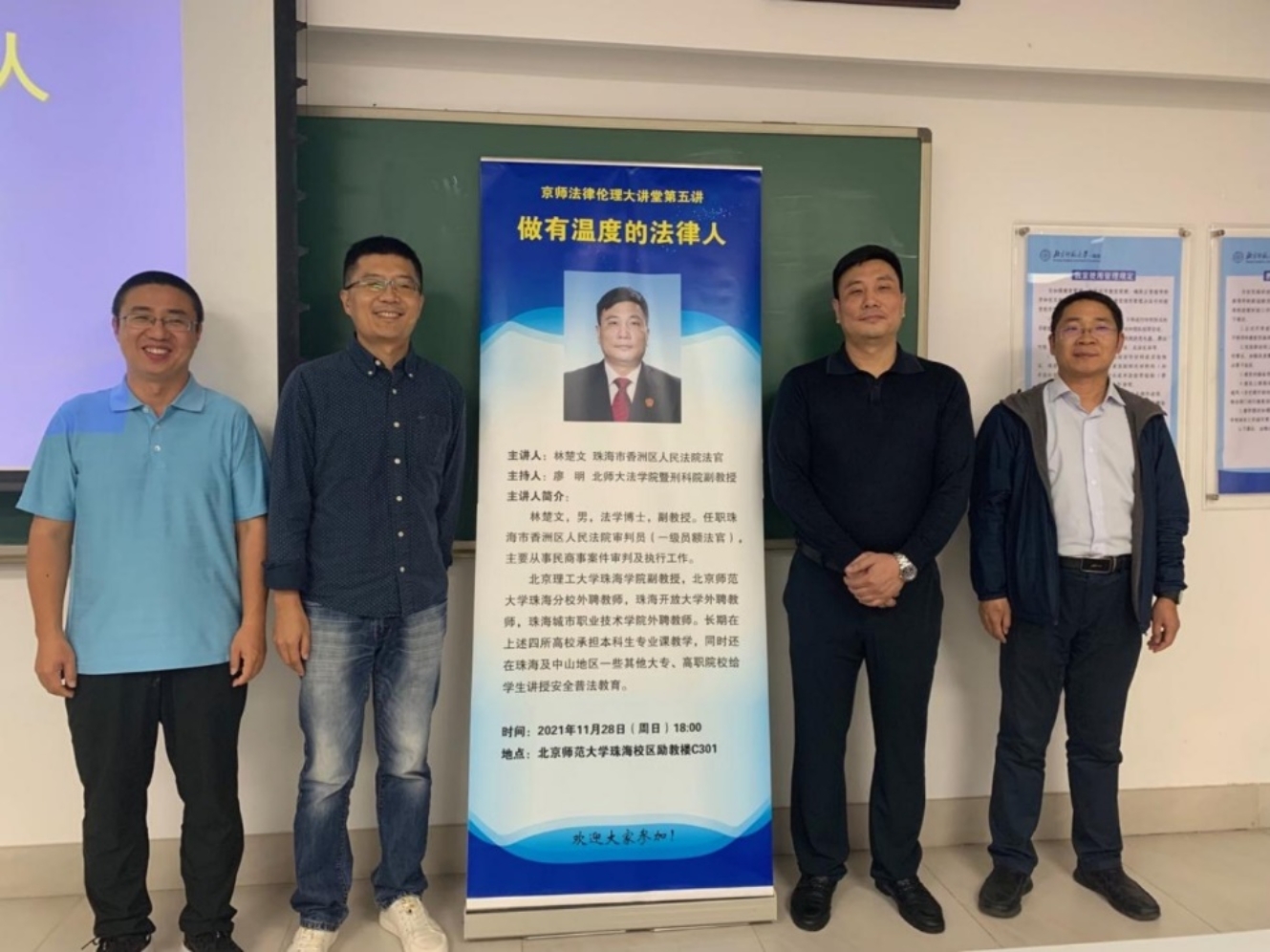