The Twenty-third Law Lecture of Being Normal University—The Symposium "One Country, Two Systems and China's Future" Was Successfully Held

﻿The twenty-third lecture "One Country, Two Systems and China's Future" was successfully held in Beijing Normal University, Zhuhai on the evening of November 10th, 2021. This lecture was given by distinguished professor Mijian, Professor Liu Rongjun, Professor Tan and Professor Yuan Zhijie, and attended by more than 140 students of bachelor's degree, master's degree and doctor's degree. 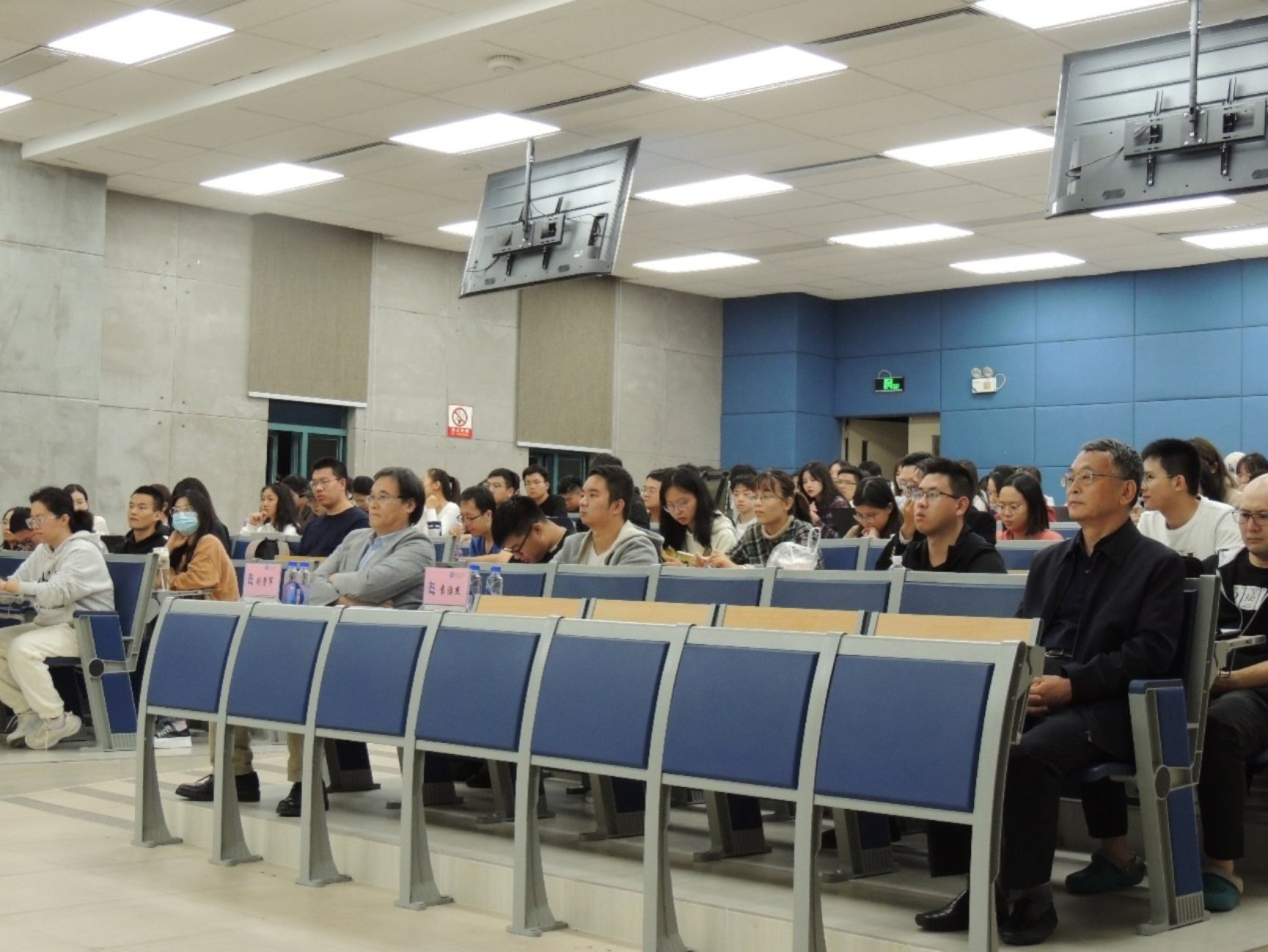 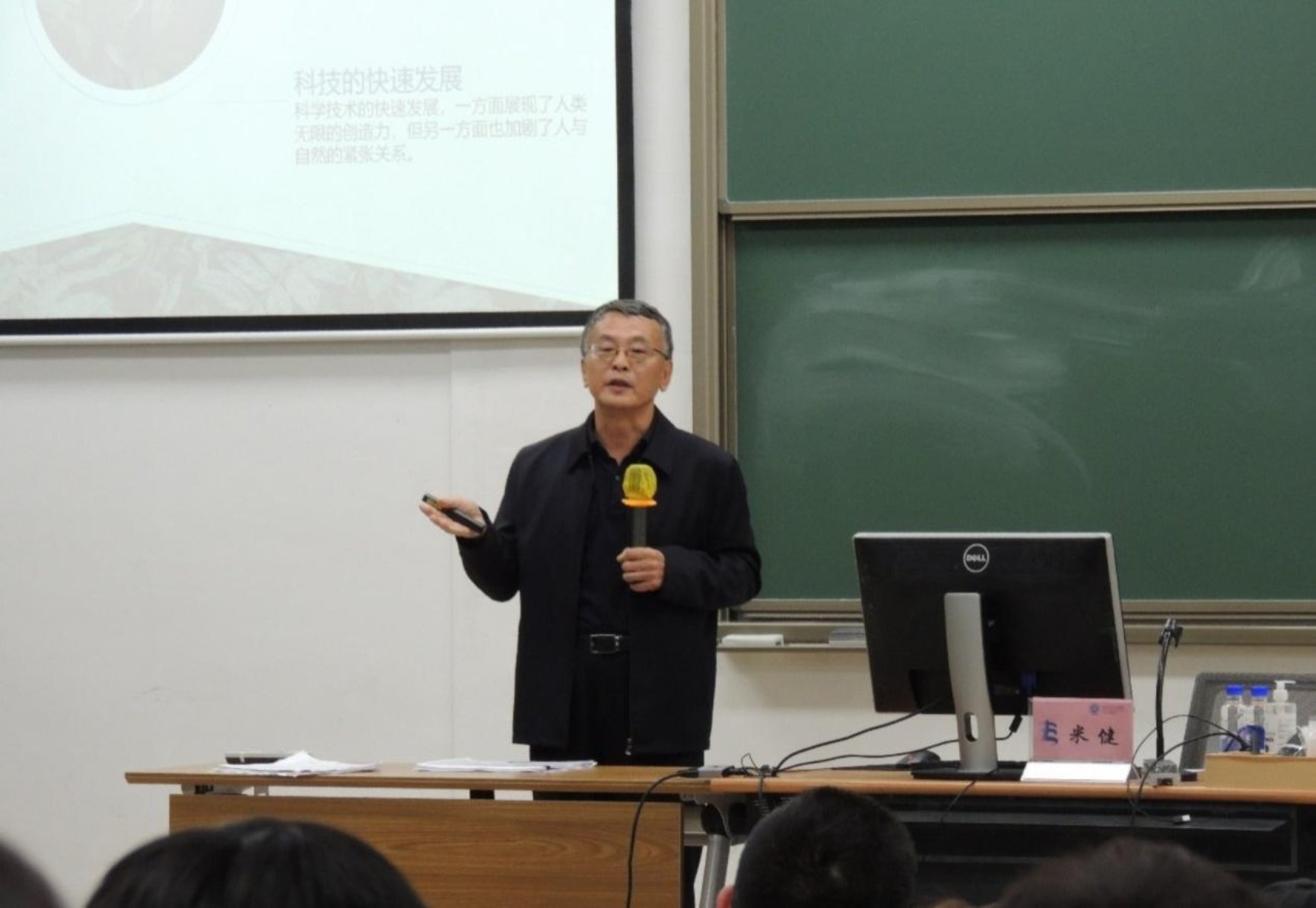 At the beginning of the lecture, Mr. Yuan Zhijie solemnly introduced the keynote speaker Professor Mi Jian and the interlocutor Professor Liu Rongjun to the students, and then invited Professor Mi Jian to give a keynote lecture. Professor Mi Jian's lecture introduced the significance and ideological and cultural origin of "one country, two systems" system to the students from the perspective of our times, geographical advantages and strategic goals of national development in the new era. "One country, two systems" system is not only a summary of historical experience, but also an understanding of reality, as well as a product of Chinese cultural ideas and high political wisdom, which was given to us by the older generation of proletarian revolutionaries. "One country, two systems" means that our country has already had an opportunity to improve the national governance system because of the historical trend. It will directly affect the realization of our country's development goals in the new era and the centennial luck of our country.

After deeply discussing the theoretical origin and formation process of "one country, two systems" system, Professor Mi introduced the basic ideas and contents of "one country, two systems" to the students, and on this basis compared the similarities and differences between peaceful reunification of Taiwan Province and peaceful recovery of Hong Kong and Macao. Professor Mi pointed out that because there are similarities and differences between the Taiwan Province issue and the Hongkong and Macau issues, the thinking of solving the Taiwan Province issue should be different. Focusing on the three ways to solve the Taiwan Province issue, Professor Mi stressed that according to the actual situation, the feasible way to solve the Taiwan Province issue peacefully is to make practical adjustments to the content of "one country, two systems" suitable for Taiwan Province. If the Taiwan Province issue can be solved peacefully, thus realizing the ultimate reunification of the motherland, it will be the greatest welfare of the Chinese nation. The day when Taiwan Province is settled peacefully is the day when the Chinese nation stands tall among the nations of the world, realizes the all-round rejuvenation of the nation and heads up to the world. At the same time, Professor Mi pointed out in the lecture that Beijing Normal University, Zhuhai is located in the core area of Guangdong-Hong Kong-Macao Greater Bay Area, adjacent to Hong Kong and Macao, and will be a force to promote the construction and development of New China. In recent years, with the continuous advancement of Guangdong-Hong Kong-Macao Greater Bay Area's construction, opportunities and challenges coexist in this hot land of economy and culture. We should seize this development opportunity of Guangdong-Hong Kong-Macao Greater Bay Area, strengthen the flow of personnel, goods, funds and information, and promote the deep cooperation between Guangdong, Macao and Guangdong. Students are encouraged to strengthen their professional knowledge study in the fertile soil of Southland Normal University and contribute to the construction of Guangdong-Hong Kong-Macao Greater Bay Area. 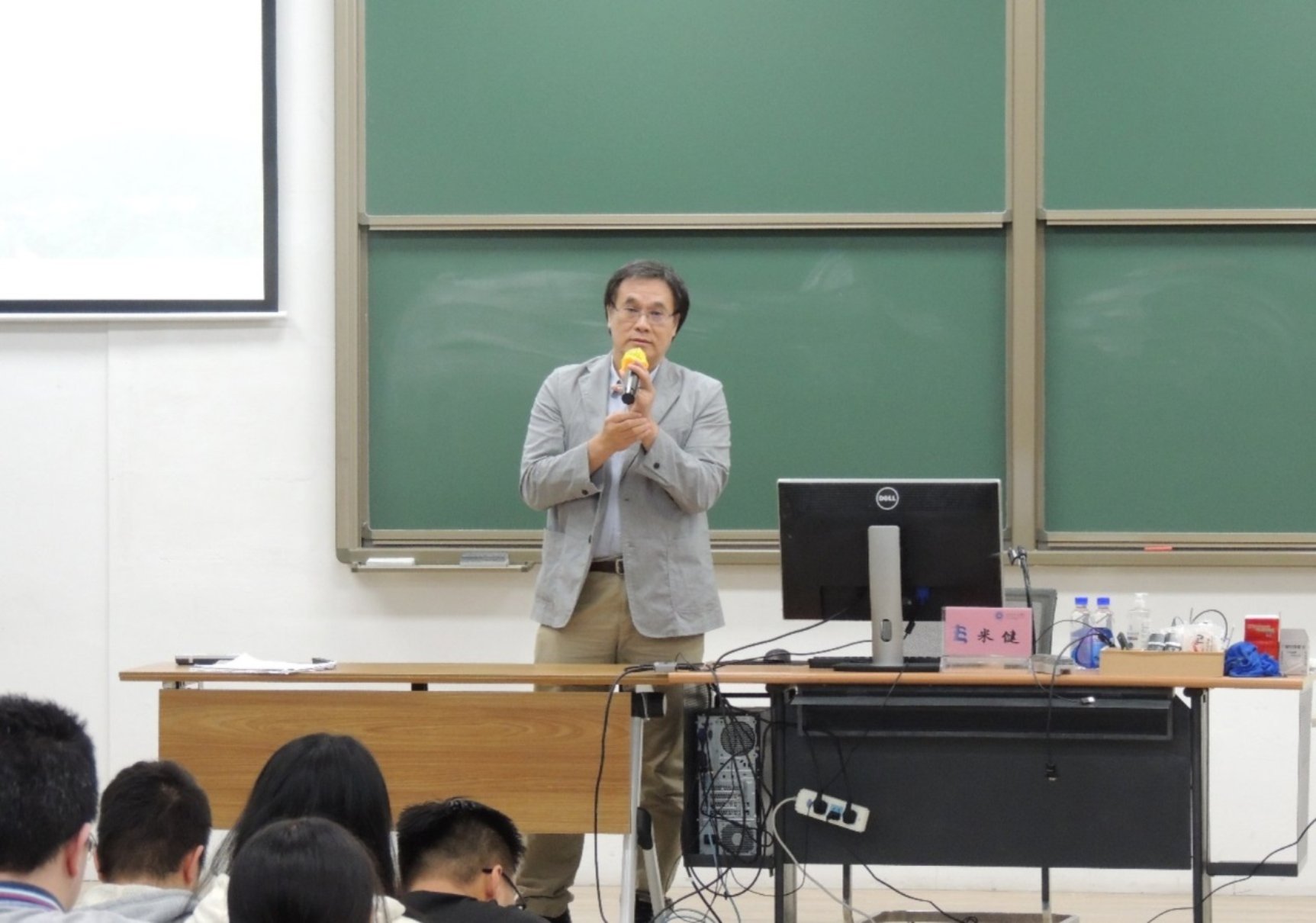 In the following session, Professor Liu Rongjun emphasized that the system of "one country, two systems" was no longer limited to the issue of territorial sovereignty, but related to the modernization of the national governance system and governance capacity, and was closely linked with the great rejuvenation of the Chinese nation. At the same time, it is pointed out that Guangdong-Hong Kong-Macao Greater Bay Area is an important carrier, which needs to be cultivated well. The development of Guangdong-Hong Kong-Macao Greater Bay Area is related to the communication between China and the international community and the people's living conditions, and also has a far-reaching impact on the country's policy making in the future. 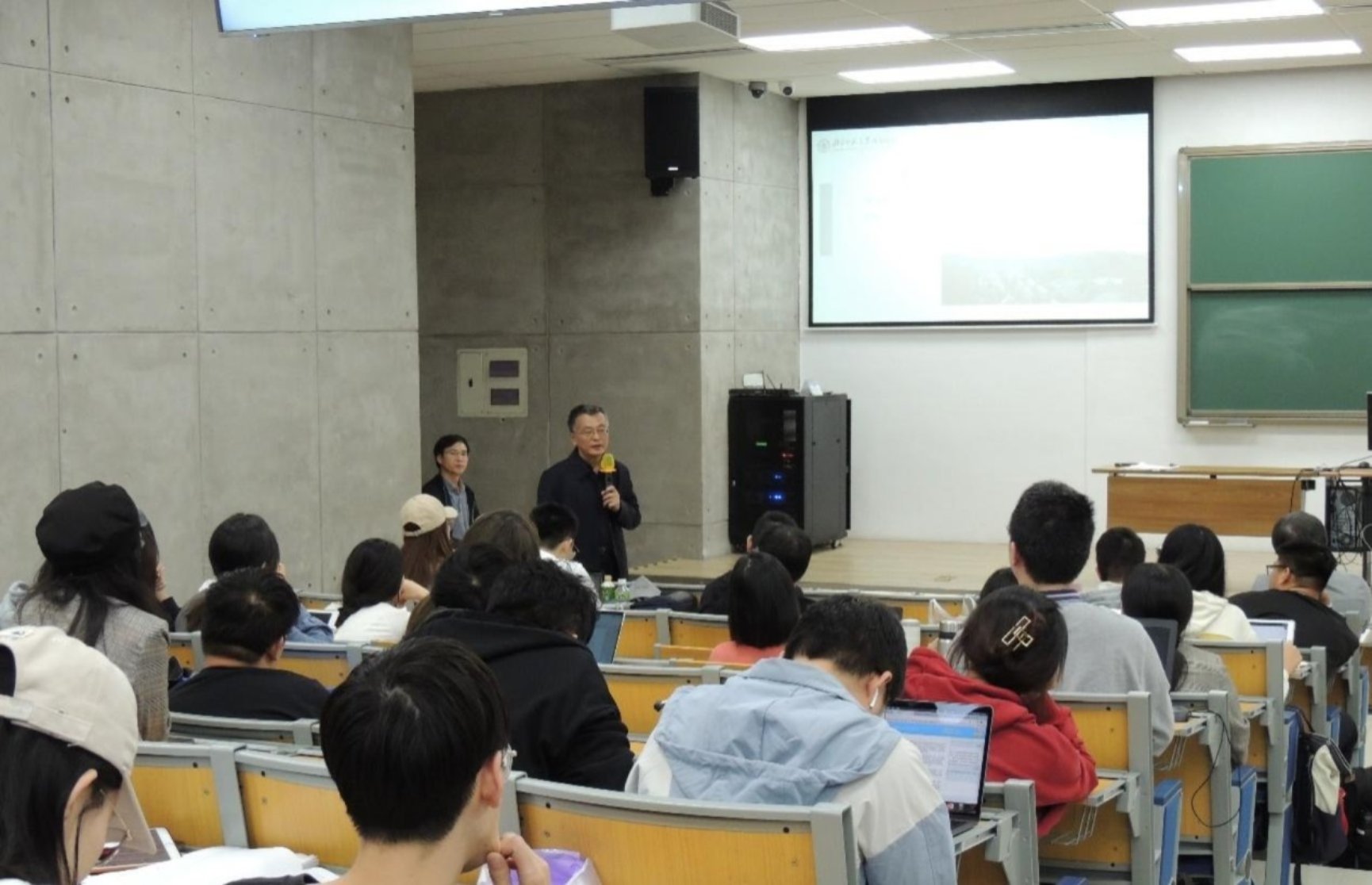 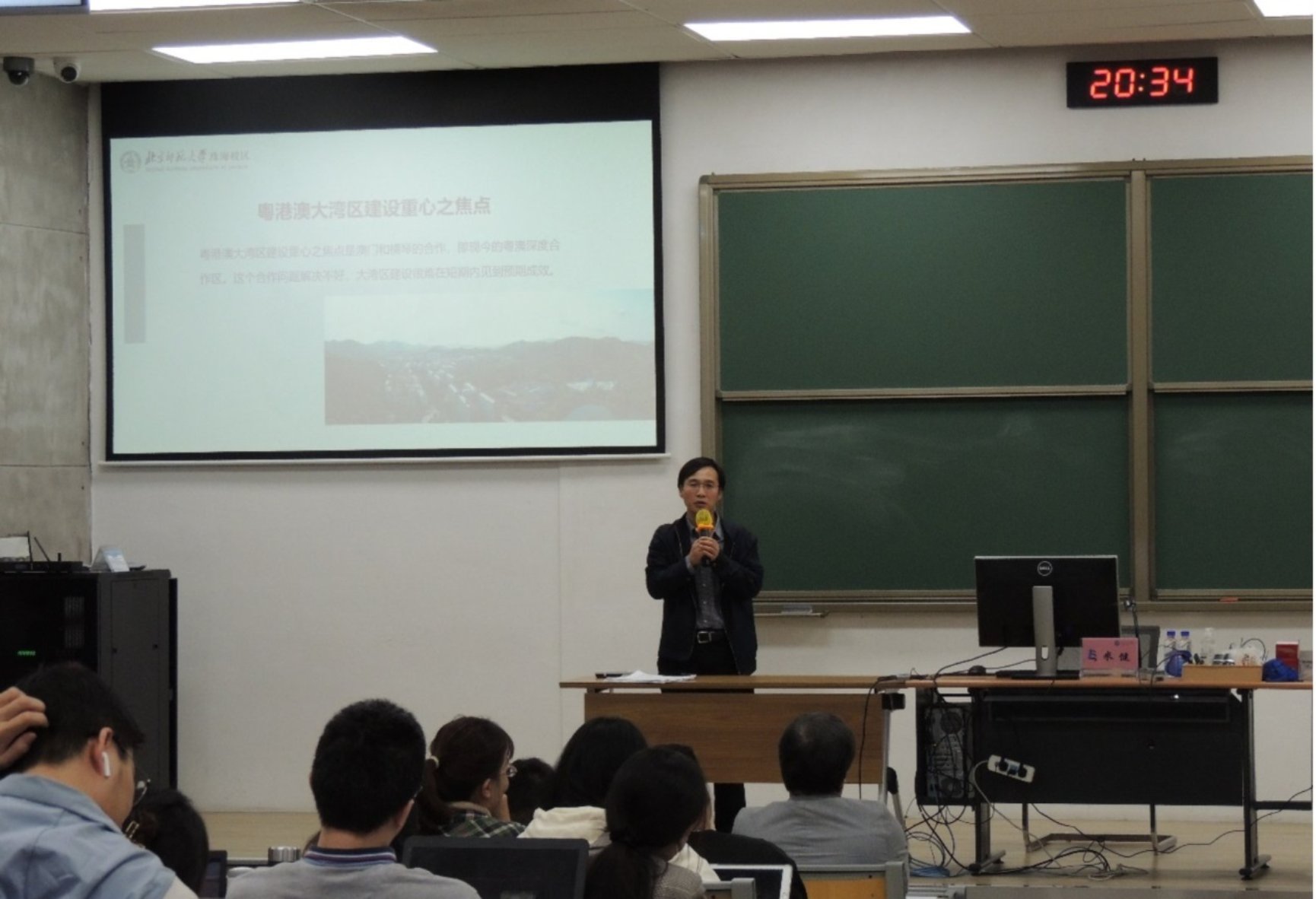 Finally, Professor Yuan Zhijie sent a cordial message to the students for this lecture. It is emphasized that the construction of Community of Shared Future for Mankind should be based on "being a Chinese" to find the best solution to the problems we are facing. Students are in their prime, they should lay a solid foundation in professional knowledge, care about national affairs, start from bit by bit, and be able to apply what they have learned after going to work in the future.

So far, this lecture has come to a successful conclusion.