At 19:30 to 22:30, October 12, 2018, the Law School of Beijing Normal University held the second phase of lecture series “the academic trip in campus of international masters” in Room 1822, the “ Gao Mingxuan” lecture hall of the rear-main building. The topic of lecture was the rule and standard of unit crime as well as extended interpretation and analogy interpretation in the original Roman law. The special guest keynote speakers of this lecture were professor Antonio Fiorella, the professor of criminal law at Sapienza University of Rome school of law, the member of the executive committee of "Economic Criminal Law Quarterly", and professor Sandro Schipani, the professor of Roman law at Sapienza University of Rome school of law, academician of Turin Academy of Sciences.

The lecture was hosted by professor Li Bin, associate dean of the school of law. professor Huang Feng, the director of the institute of Roman law and modern civil law of law school, was the commentator. The teacher of law school, Jia Wanting, and Mr. Geng Jianing of the Chinese University of Political Science and Law, served as lecture translators. In addition, professor Yuan Zhijie, Associate dean of the school of law, and some doctoral students, masters, and undergraduate students from the school of Law also attended this lecture, the lecture hall was packed. 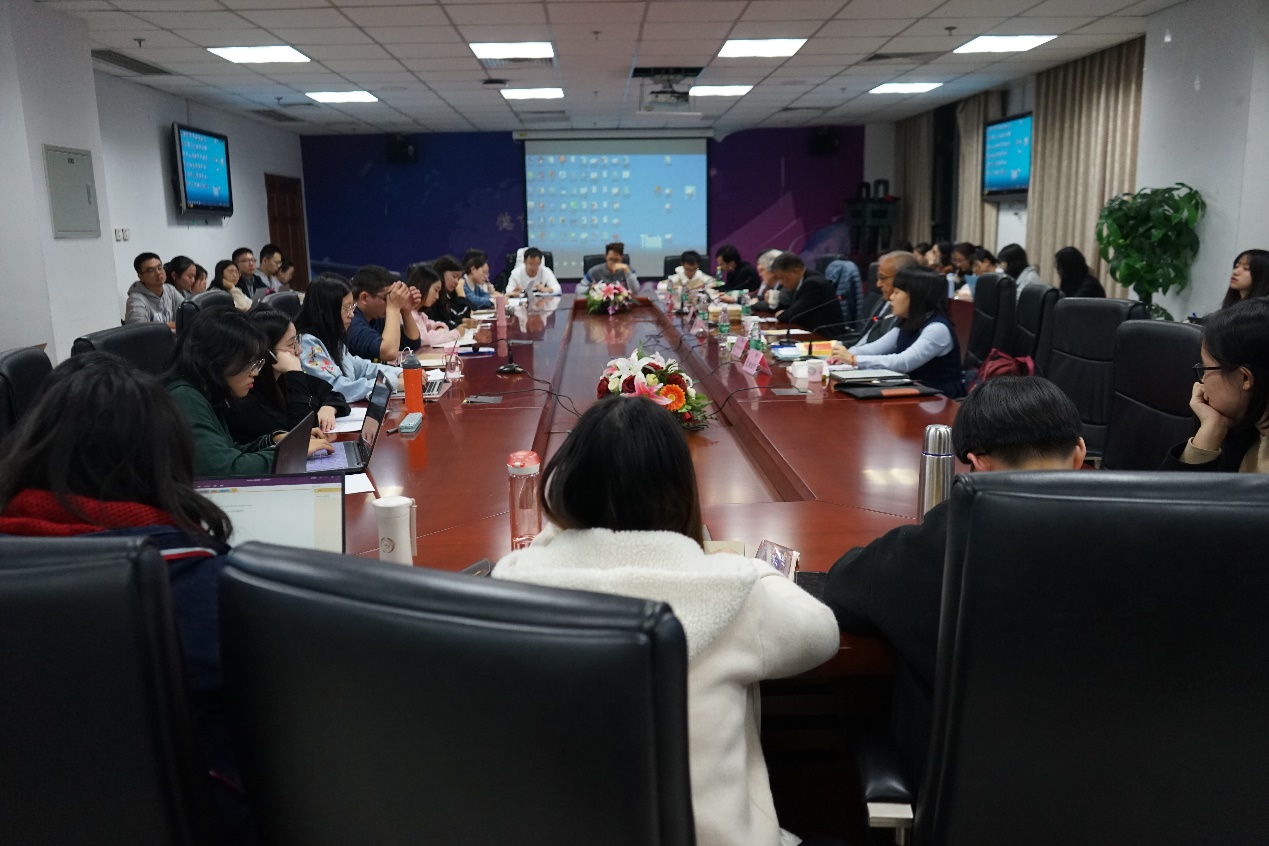 Subsequently, professor Antonio Fiorella presented the Italian legislative process on unit crimes to the students. Professor Fiorella also pointed out that the legislative focus of Italian unit crimes was to avoid conflicts with the provisions of the Constitution that criminal responsibilities were borne by individuals. In order to coordinate legislation, the unit crime was characterized as an administrative behavior in the decree. Whereas it was substantially recognized that unit crimes were criminal. Professor Fiorella further explained the criteria for determining unit crimes, the primary criterion determining the unit’s criminal responsibility was that crime of natural person was for the benefit of the unit., or the interests of natural person crimes were mainly owned by the unit. The natural person who commits the crime should be the senior or quasi senior leader of the unit. Secondly, the crimes committed by natural persons must have a causal relationship with the organizational defects of the unit. And unit is to blame for the existence of organizational defects. 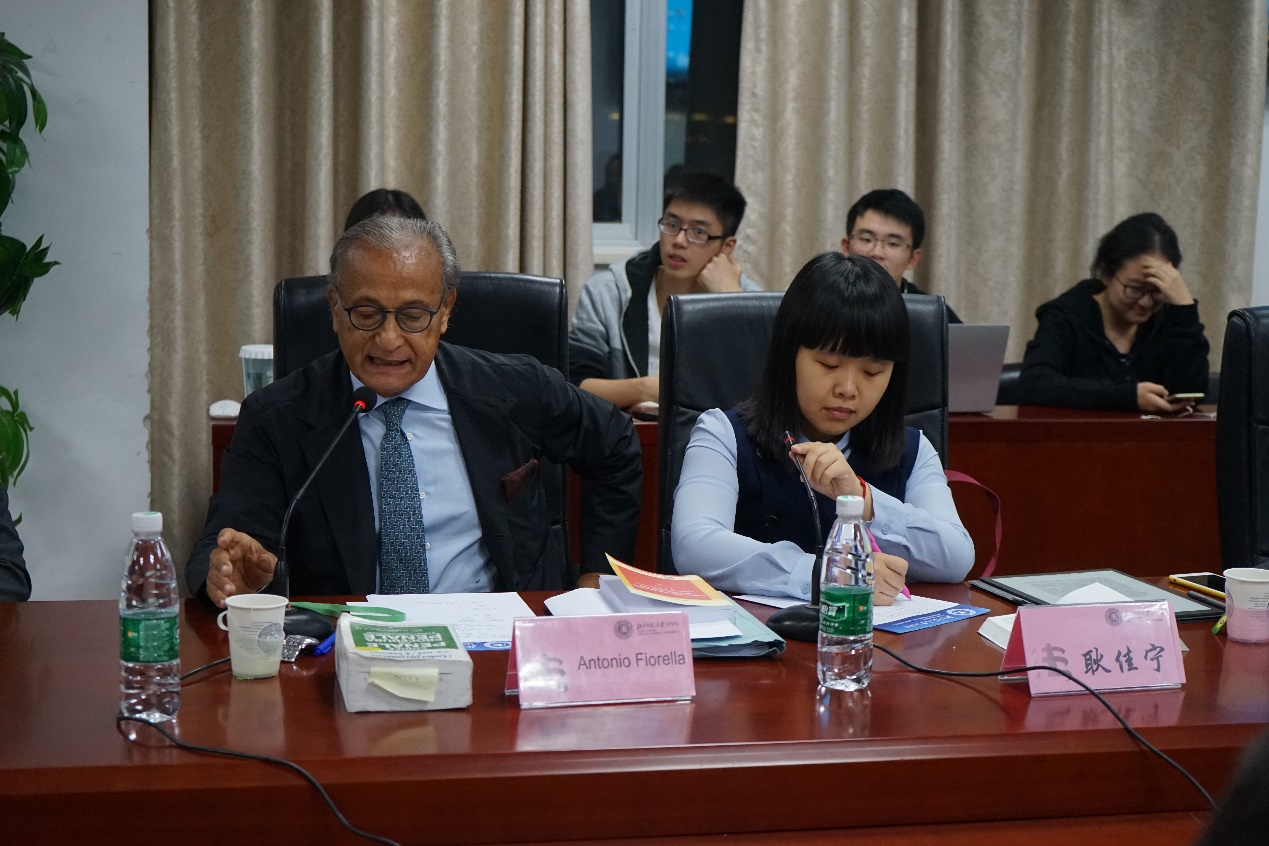 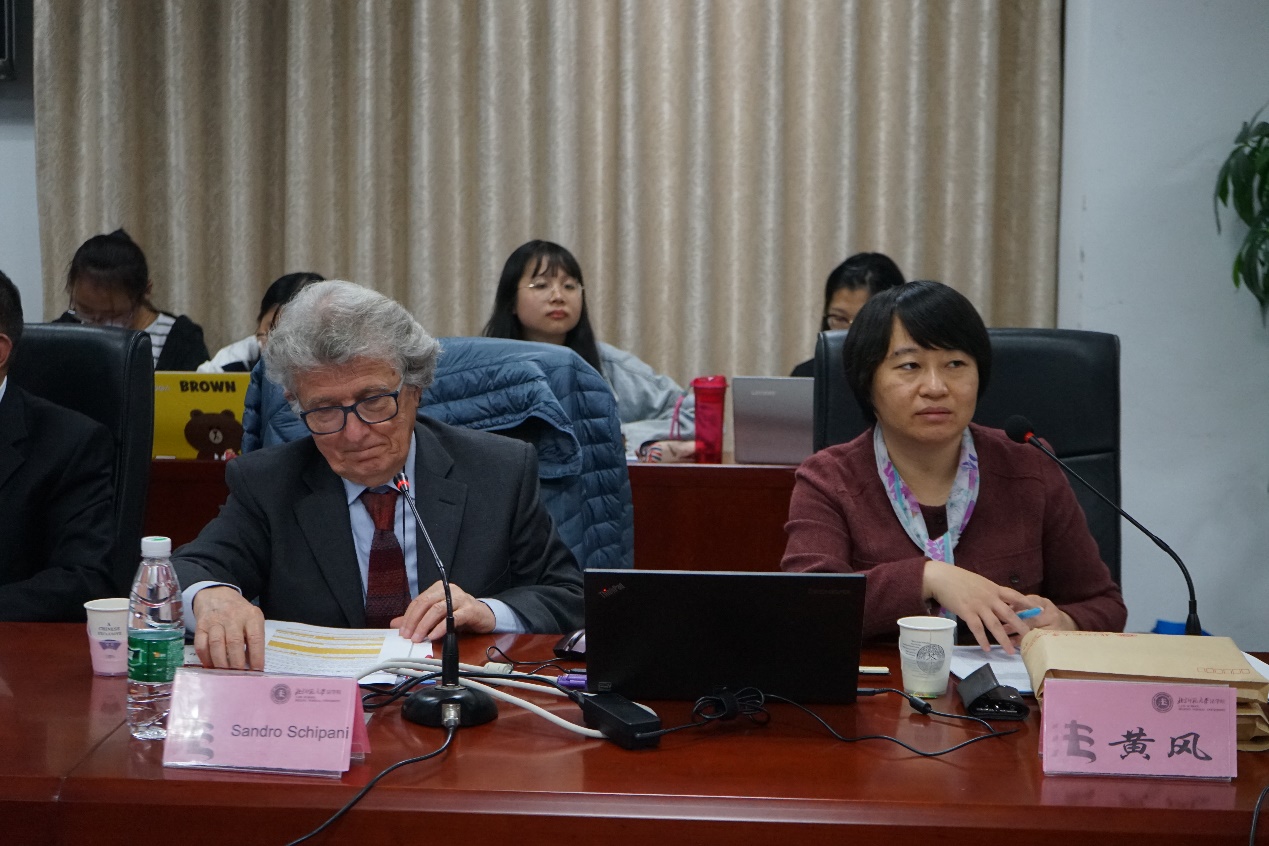 After that, professor Huang Feng reviewed the lectures of the two professors. Professor Huang considered that Legislation and Constitutional Coordination of Unit Crime in Italy shows superb legislative skills and affirms the achievements of Italian unit crime legislation. Professor Yuan Zhijie conducted in-depth academic exchanges on whether the state can be seen as a unit and then bear the responsibility of criminal responsibility. 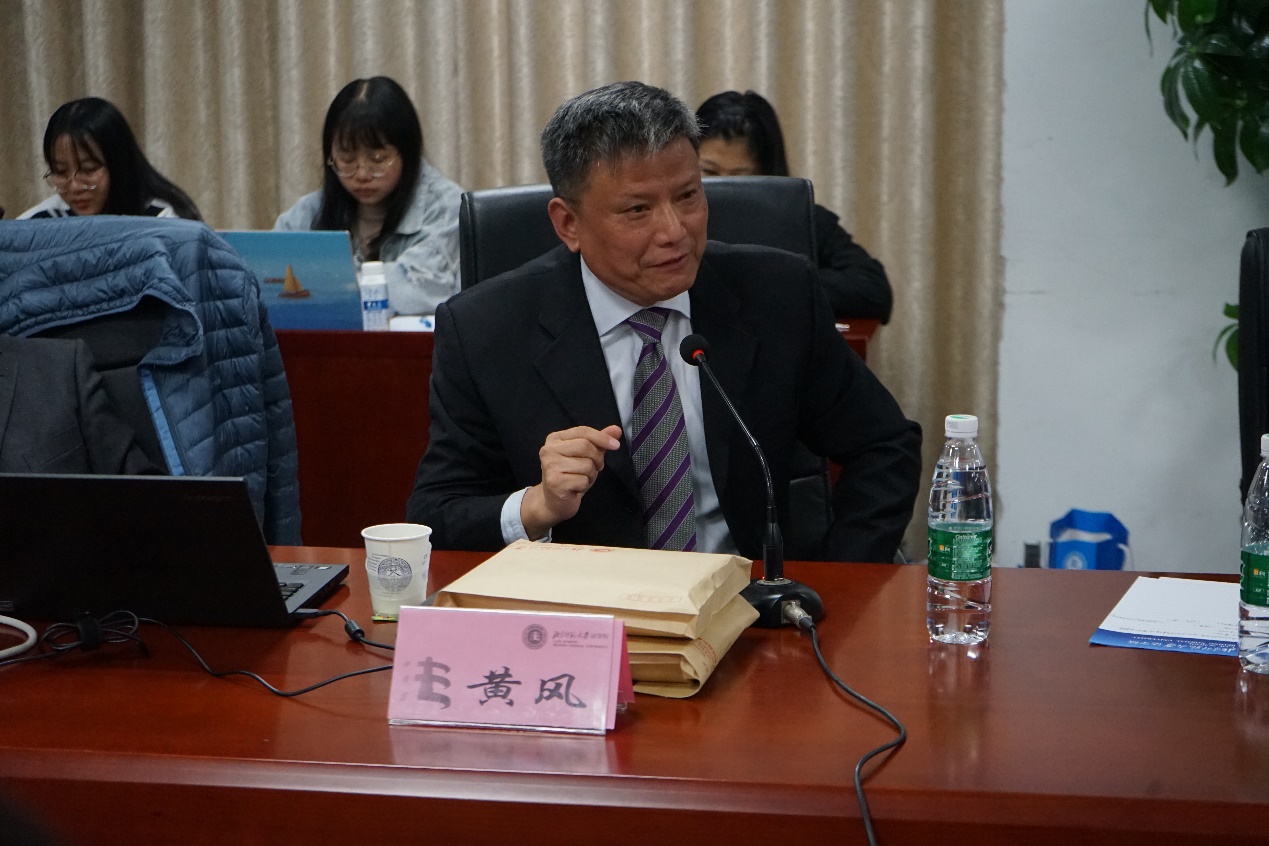 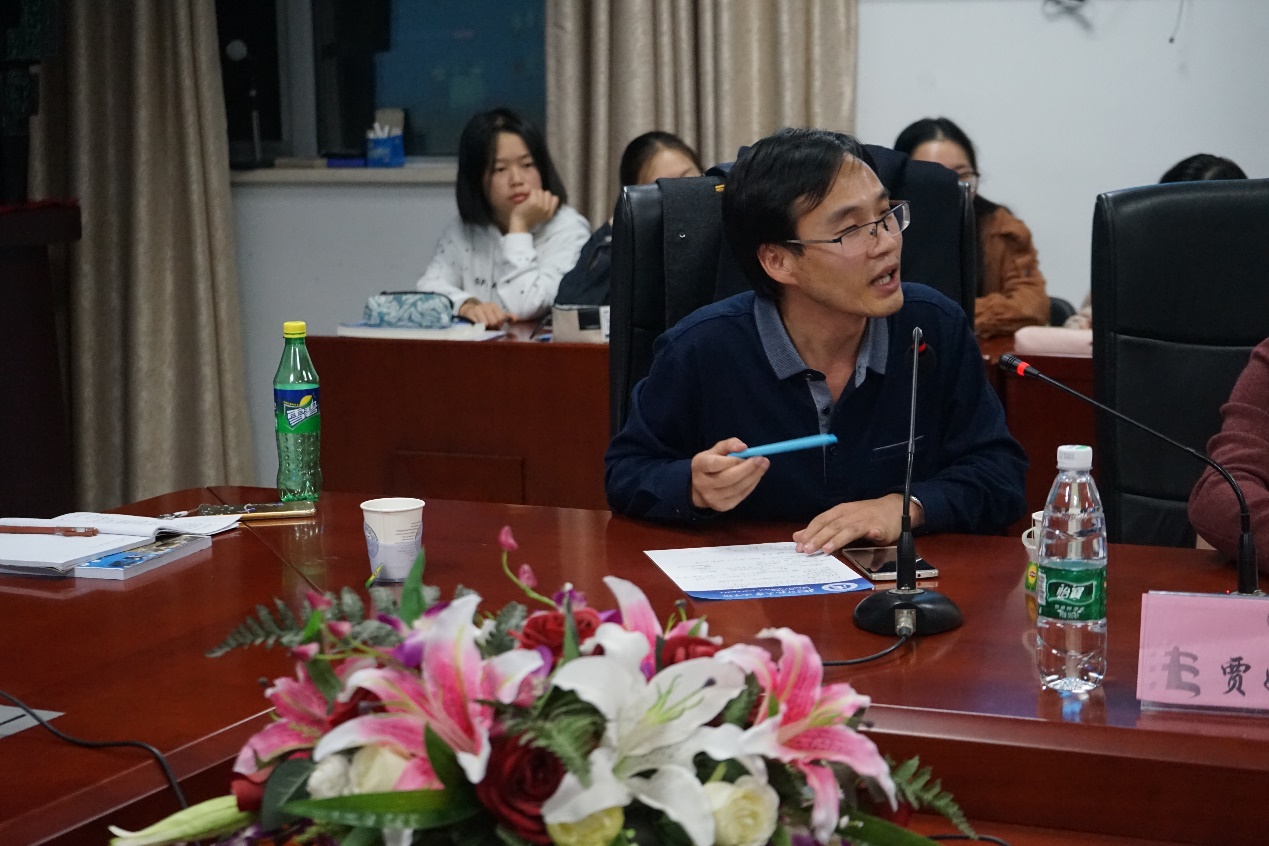 Through this lecture, the students were full of gains and had a deeper understanding of Roman law and unit crime. This lecture ended successfully with the warm applause of teachers and students. 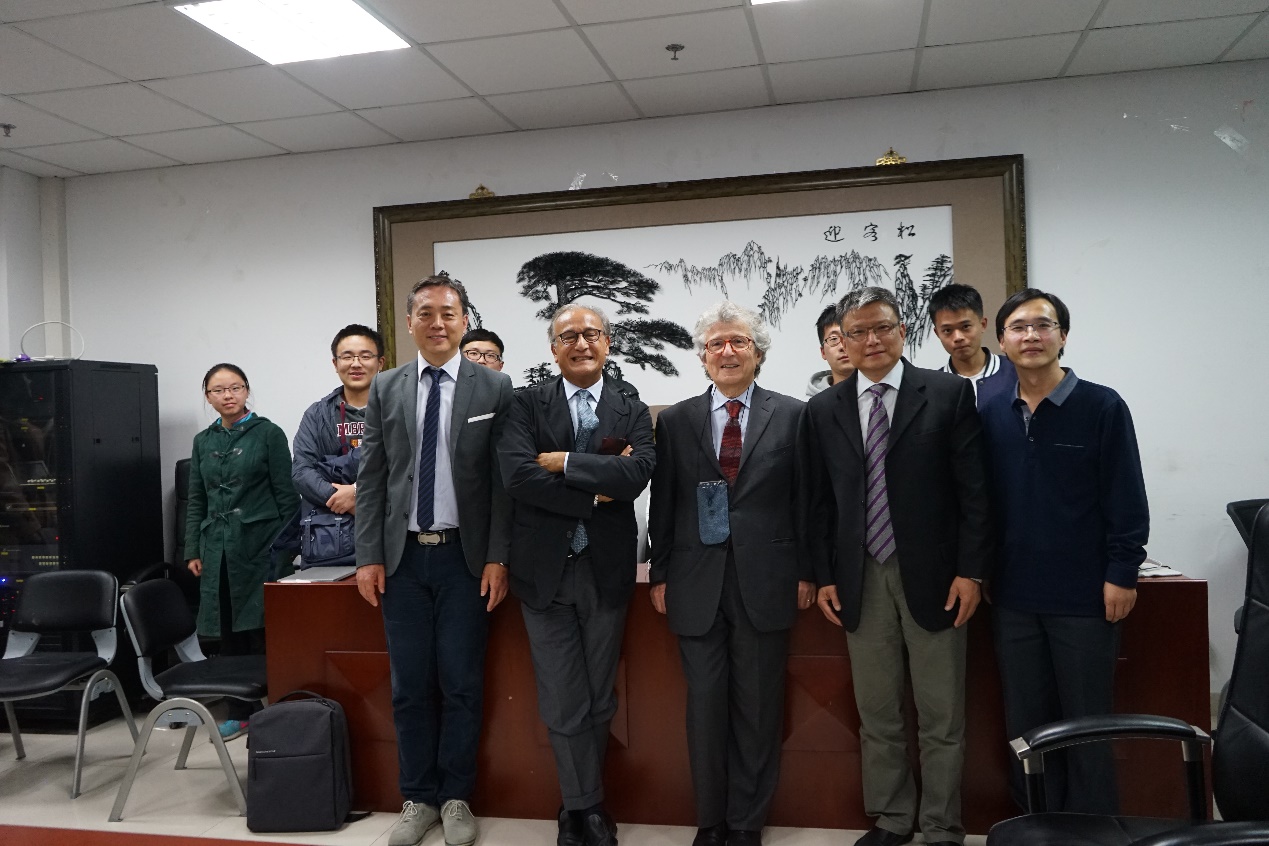 Professor Antonio Florella was born in 1948, he is a professor of criminal law at Sapienza University of Rome school of law, the member of the executive committee of “Economic Criminal Law Quarterly”. He was a committee member in supreme judicial council of Italy, president of the European Union of Jurists. In 2012, he was the chairman of the Italian Criminal Code Reform Committee and submitted a draft to the Ministry of Justice to comprehensively amend the relevant provisions on the status. He has also served as a member of the National Criminal Code Reform Committee. In the academic field, research on issues such as unit criminal responsibility and bankruptcy crimes has yielded a lot of fruitful results and contributed.

Professor Sandro Schipani was born in 1940, he is a professor of Roman law at Sapienza University of Rome, academician of Turin Academy of Sciences. Honorary doctorate from the University of Buenos Aires, Argentina and the Catholic Church of Lima, Chile. He is the founder and chairman of the academic journal "Roman and America", the editor-in-chief of the “Journal of the Roman Law System” of the Italian Roman law journal, director of the academic committee of "Roman Common Law", the domestic academic publication, and professor emeritus of the Rome Law Research Center of the China University of Political Science and Law. Honorary director of Roman law and modern civil law studies at Beijing Normal University. Honorary director of the civil and commercial law research center of Renmin University of China.