Professor Lu Jianping, Dean of the School of Law of Beijing Normal University, expressed his warm welcome and sincere thanks to the arrival of the comrades of the People's Court of Xicheng District. Dean Lu introduced the basic situation of the law school of Beijing Normal University around the discipline construction, personnel training and international exchange. He pointed out that the law school of Beijing Normal University has been established for more than ten years, with outstanding academic advantages, obvious features and complete levels. International exchanges are extensive and in-depth. It is hoped that on this basis, the People's Court of Xicheng District will carry out effective and mutually beneficial cooperation and joint efforts, and create new achievements in reform and innovation with practical actions. 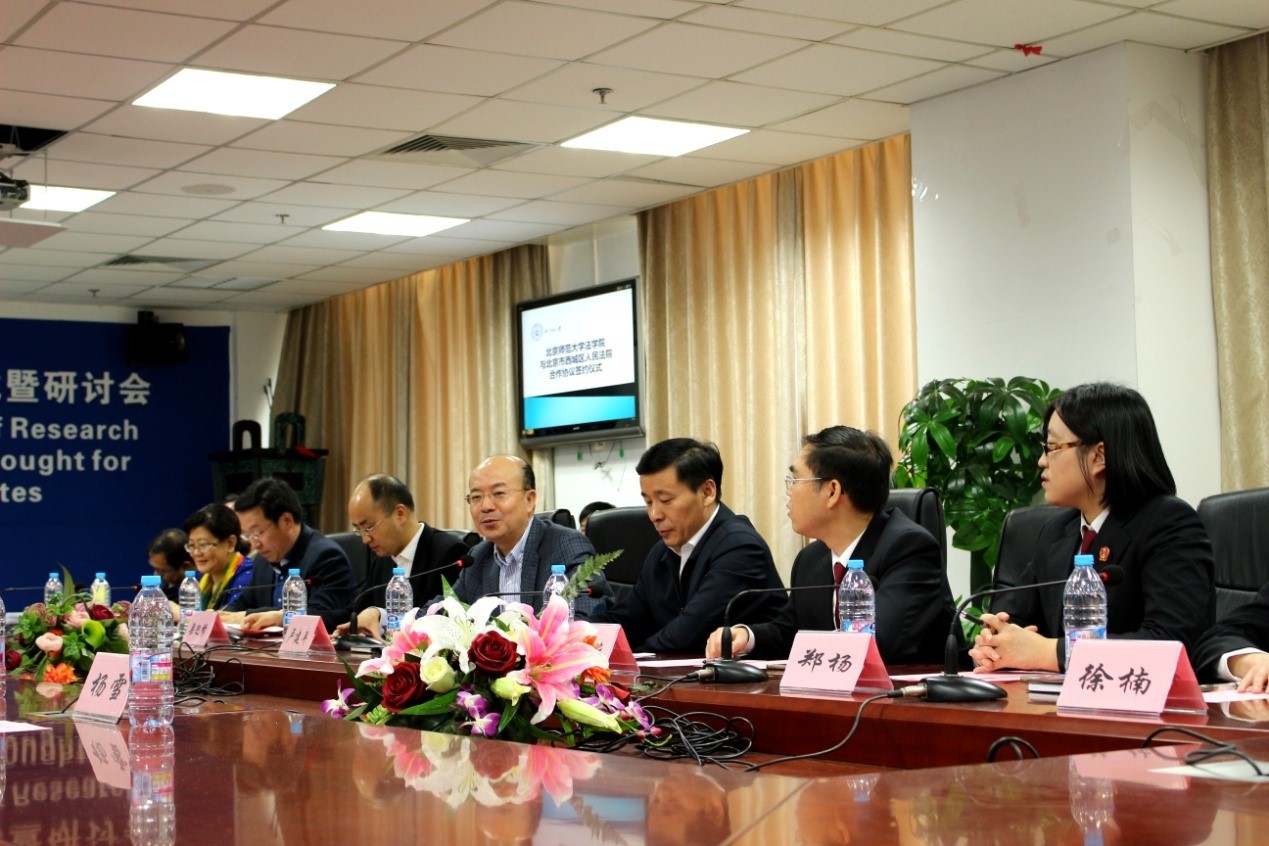 Dean of the School of Law, Dean Lu Jianping, gave a welcome speech

After the speeches of the two sides, President Lu Jianping of the Beijing Normal University Law School and Dean Cai Huiyong of the Xicheng Court jointly signed the exchange and cooperation agreement on behalf of the two parties, and held a symposium on the content of the agreement and cooperation matters. 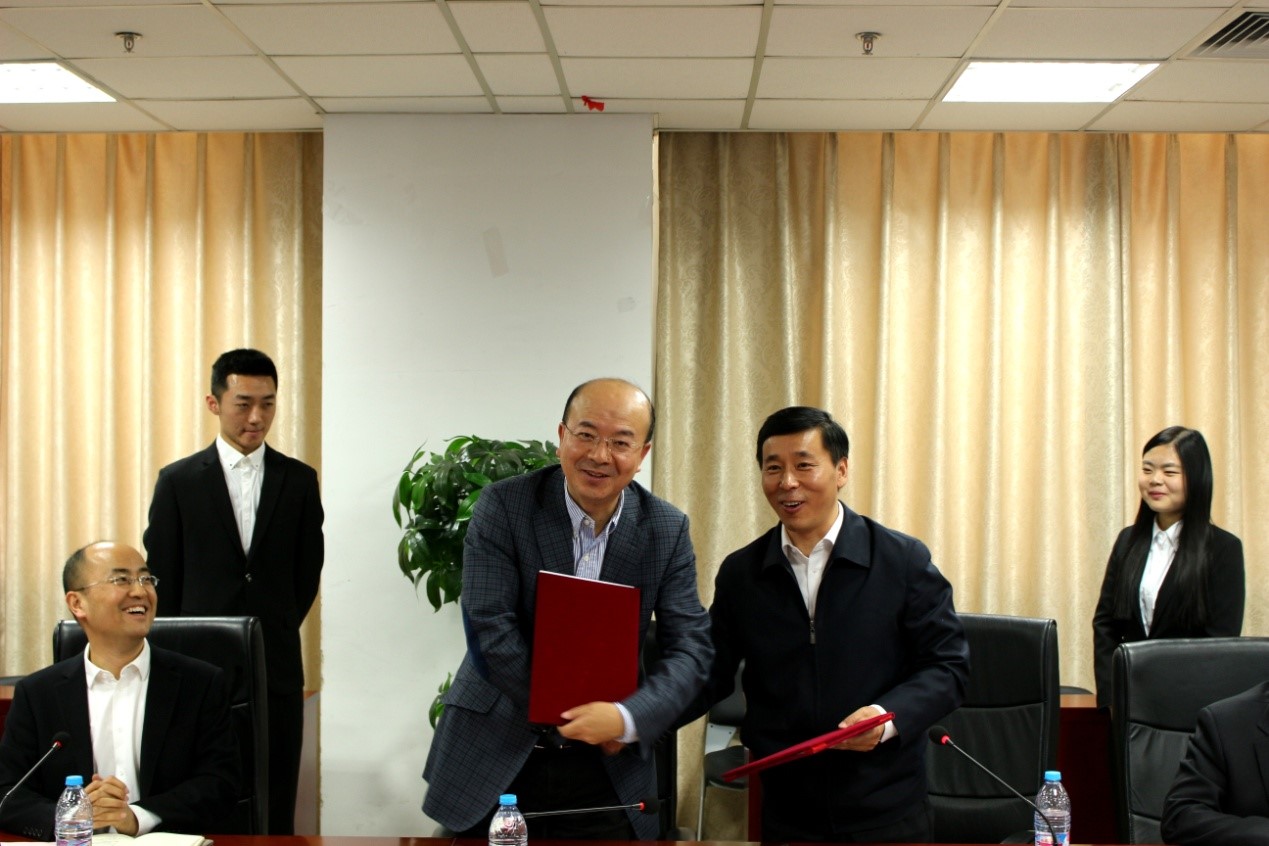 At the symposium, President Wu Xianya of the Fifth People's Court of Xicheng Court, Director Zheng Yang of the Judicial Affairs Department, and Vice President Zhang Shuang of the People's Court of the People's Republic of China all said that they should take active actions to implement the cooperative co-construction plan and achieve a win-win situation in cooperation with universities. It not only improves the theoretical quality of judges, but also provides a judicial practice base for teachers and students, and truly combines theory with practice. 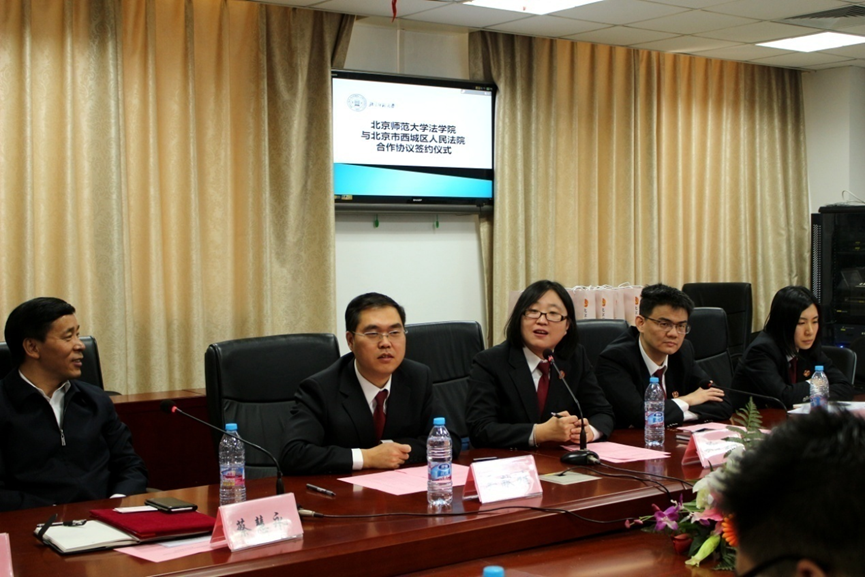 President Wu Xianya of the People's Court of Xicheng Court

Vice President Yin Jianfeng, on behalf of the Institute of Criminal Law, expressed his hope that this cooperation opportunity will further strengthen the cooperation in criminal law with the Xicheng Court. Professor Lin Yanqin, director of the Family Law Research Center, expressed the hope that the family trial will be the entry point for comprehensive cooperation. Seeking more possibilities for cooperation; Deputy Director Li Bin, Center Researcher Ma Jianyin and Zhao Xiaoshu respectively elaborated on the combination of their research direction and family trial practice; Jiang Liangchen and Tang Lin, assistant masters of central affairs at the conference Han Han and Yang Xue participated in the discussion together. 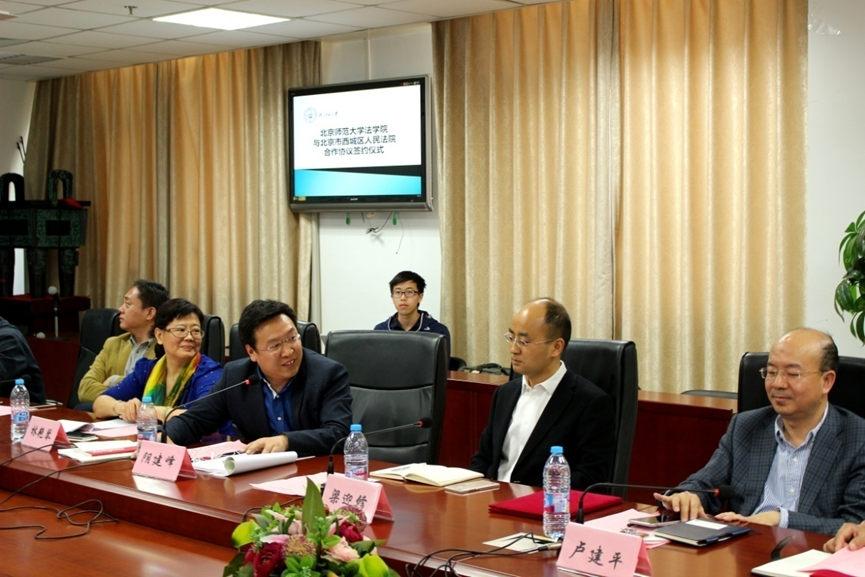 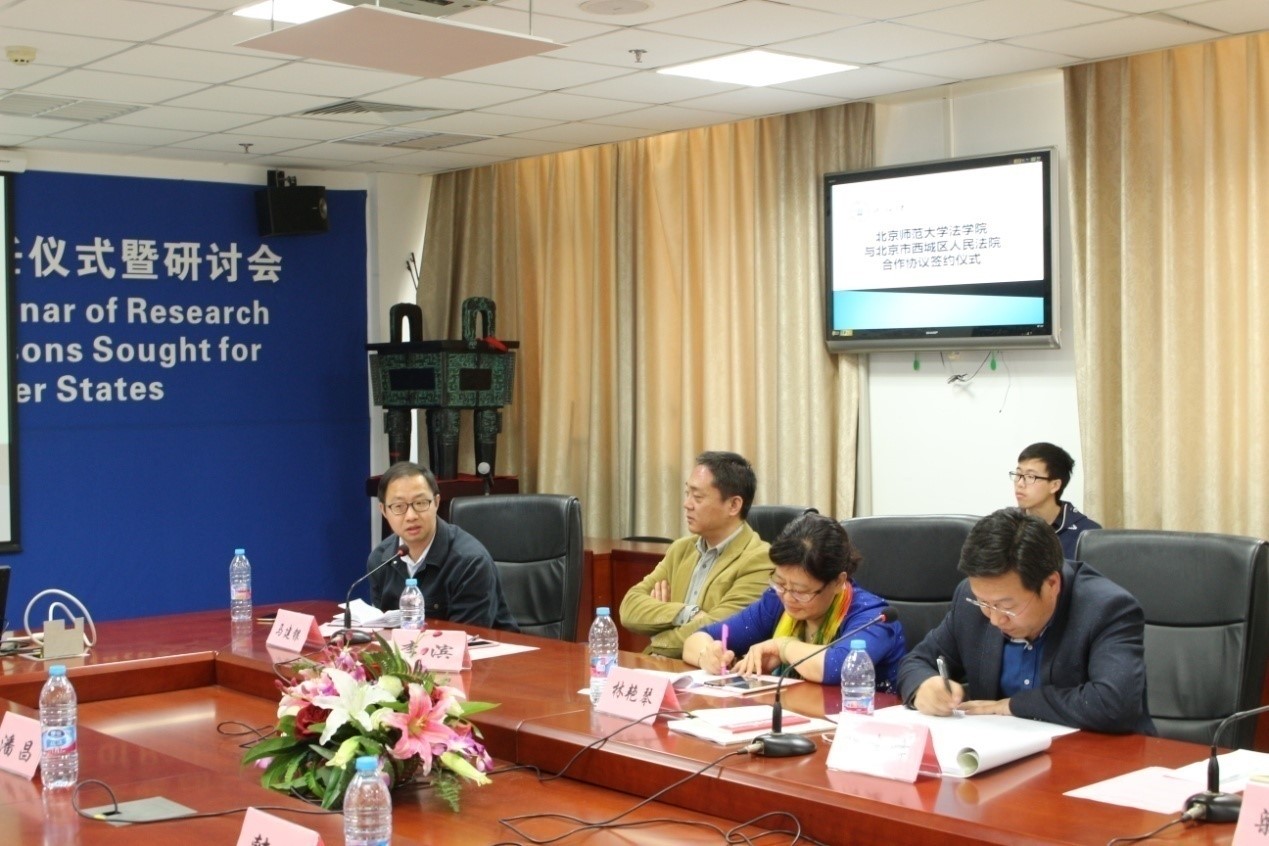 Teacher Ma Jianyin, a teacher at the Center for Basic Theory and Law, and a researcher at the Family Law Research Center 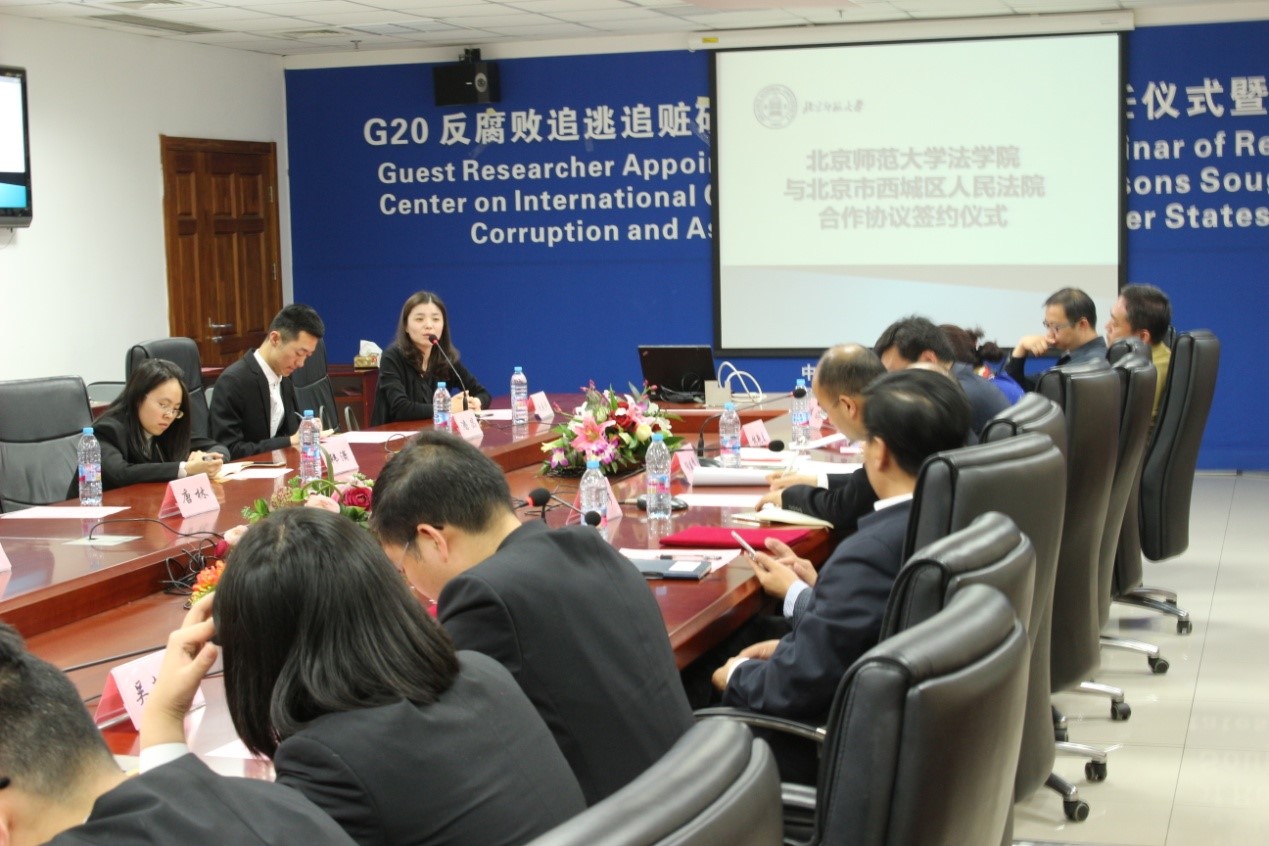 Teacher Zhao Xiaoshu, a teacher at the Civil and Commercial Law Teaching and Research Center and a researcher in the family law research

At the end of the symposium, Dean Cai Huiyong of Xicheng Court and Professor Liang Yingxiu of the Party Branch of Beijing Normal University Law School expressed the hope that the two sides will carry out in-depth cooperation and implement the cooperation agreement to make the practice of practice, double-moving plan, academic discussion, foreign exchange, etc. The specific provisions in the text of the agreement are implemented to provide assistance for the common development of both parties and achieve win-win cooperation. 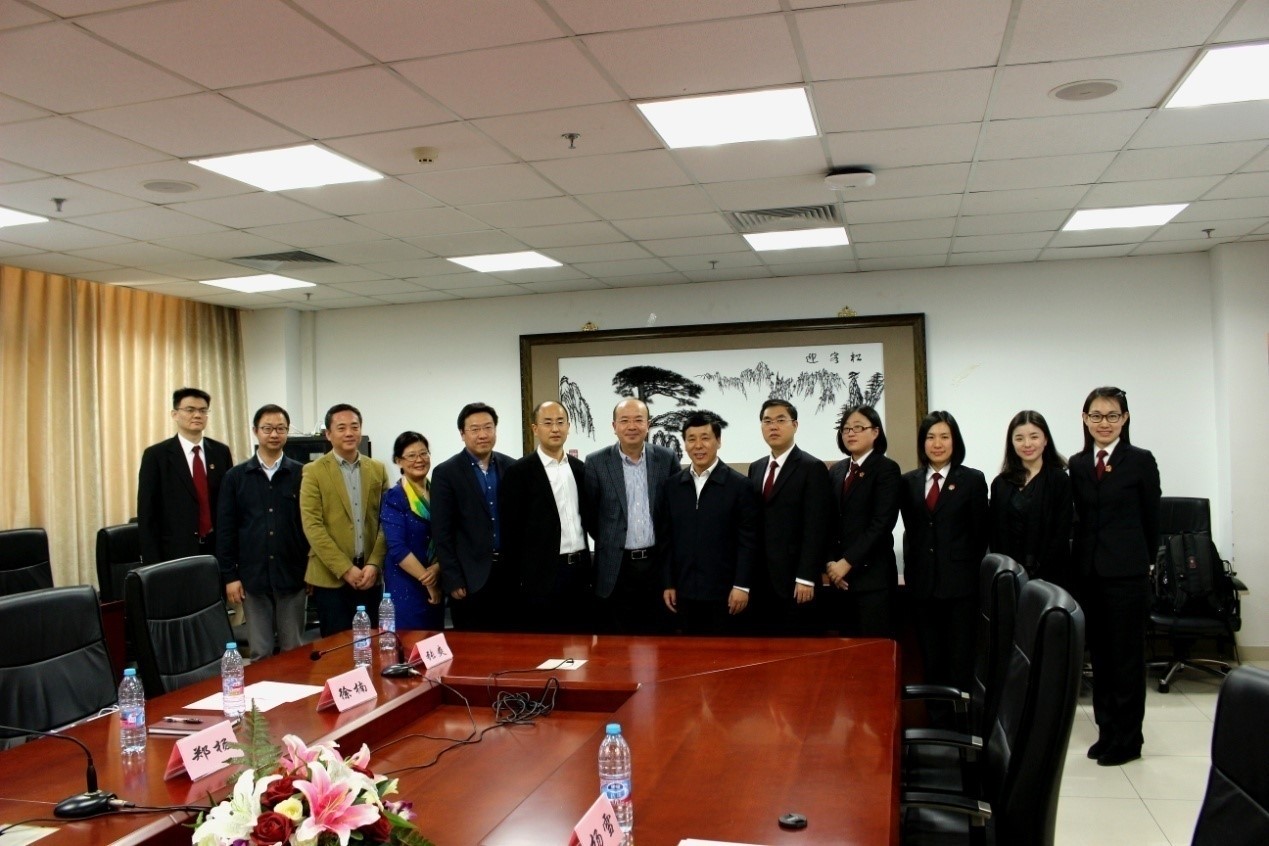