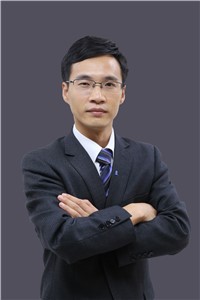 He has a wide range of academic interests, mainly focusing on civil law, the basic theory of commercial law, the transformation of land systems in Eastern European countries, the study of educational law, and the study of comparative law.

Mainly
"Reconstruction of Rights on the Graveyard", in collaboration with Shu Jingyi, Chen Ruiwen, and Guo Xuewen, in Journal of Finance and Economics, No. 5, 2018, pp. 93-117.
"The Saviny's Codicial Position", in Macao Journal of Law and Politics, Vol. 1, 2018, pp. 22-39.
"State and Treasury in the Context of Civil Code Development - Western Discourse and China", in Chinese Law, No. 3, 2017, pp. 122-141.
"Research on the Legal Mechanism of Land Acquisition Compensation in Germany", in Global Law Review (CSSCI Journal), No. 3, 2016, pp. 113-136
Research on the Right to Uninformed in the Background of Genetic Technology Development, in Politics and Law (CSSCI Journal), No. 5, 2016, pp. 71-85
"Improvement of China's Flight Delay Liability System - Based on the Evolution of EU Legislation and Practice", in collaboration with Liu Ningwen, Chen Wei, and Lin Jiahong, Journal of Beijing University of Aeronautics and Astronautics (Social Science Edition), No. 3, 2015, 51-59 pages.
Wege 专 著 "ways to agricultural private property attempts to overcome
Des Sozialismus in Russland, Polen, Litauen und China, Kovac, 2012, 334 pages
"A Stolypinian solution to the Chinese soil problem", in Yuanshi Bu (ed.), German and European elements of Chinese law: investigations from a civil and public perspective, 2012, Lit Verlag.页 129-147
"A Survey of the Miller Arnold Case", in Comparative Law Research (CSSCI Journal), No. 2, 2011, pp. 128-142
"The Principles of Prohibition of Professors in the School of Staying in Germany", in Tsinghua Law (CSSCI Journal), No. 1, 2011, pp. 141-148
"Carolina Case: Conflicts and Trade-Offs between Private Life Protection and Freedom of the Press", in Graduate Law, No. 1, 2011
The Conditional Theory of Legal Acts, in Private Law Research (CSSCI Source Collection), Vol. 8, 2010, pp. 40-89
"Public Interests in Land Acquisition in Germany", in Administrative Law Studies (CSSCI Journal), No. 2, 2010, pp. 119-125
"Observation of Private Legislation Education in Germany", in Comparative Law Research, No. 2, 2010, pp. 155-160
"Research on the Legal System of Doctoral Degrees in Germany and Its Implications for China", in Comparative Law Research, No. 6, 2009, pp. 149-158
"Risk Transfer in the United Nations Convention on Contracts for the International Sale of Goods", in Graduate Law, No. 4, 2004, pp. 73-79
Children's literature
"Justice Island Children's Rule of Law Education Picture Book", a total of seven volumes, co-authored with Zhang Jiangli and He Dan, signed by Dr. Dou, Beijing Normal University Press, 2018.
"The Matt on the Island of Justice", co-authored with Zhang Jiangli and He Dan, signed by Dr. Dou, Beijing Normal University Press, 2018.
Essay
"Seven sighs in the middle of the night, often worry about big countries", in "Shenzhou Scholars", No. 2, 2014
"The Moral Education and Talents Law in the World - A Brief Introduction to the Law Development of Beijing Normal University", co-authored with Mr. Zhao Bingzhi, in the third edition of "China Law Education Research 2013", China University of Political Science and Law Press
"Ice Thoughts of Ice Man", in "China University of Political Science and Law", 2003
Main translation
"On the Endowment of Legislation and Law in My Generation", Friedrich von Savigny, in the 12th and 13th volumes of Sino-German Private Law Research, serial of the previous and the second period
"Analysis of the German Law on the Transfer of Notary Jurisdiction of Non-Law Jurisdiction", in China Notarization, No. 5, 2015, pp. 60-64.
Drafting of the German Treaty Law and Administrative Regulations Concerning Treaties, in International Law Studies, No. 2, 2015
The Origin of the Right of Portrait: The Construction of Law and the Early Photographic Science Law, by Shi Danhaoer, in the 18th volume of Legal Philosophy and Legal Sociology, Law Press
"Drug of Legal Positivism" (Nobert Hearst), translated, "Comparative Law Research", No. 2, 2009, pp. 151-160
"The Regulations for Collection in the German Building Code", published by Zhang Qianfan, "Comparative Study of Land Management System", 2013

Hosting the project
1. Research on the Legal Regulation of Housing Leasing for the Project Sponsored by the Research Fund for Returned Students of the Ministry of Education
2. The Beijing Municipal Commission of Letters and Calls Contradiction Research Center commissioned the project “Investigation on the content of the rule of law countries after the Third Plenary Session of the 18th Central Committee”
3. Beijing Excellent Talents Training Project “Study on Land Acquisition Law Issues in the Construction of Beijing Administrative Sub-center”
In addition to academic works, he and his colleagues, Associate Professor Zhang Jiangli and Associate Professor He Dan, together with Dr. Rugao, wrote the seven books of the "Justice of Children's Rule of Law Education" and wrote lyrics for "The Song of the Constitution".