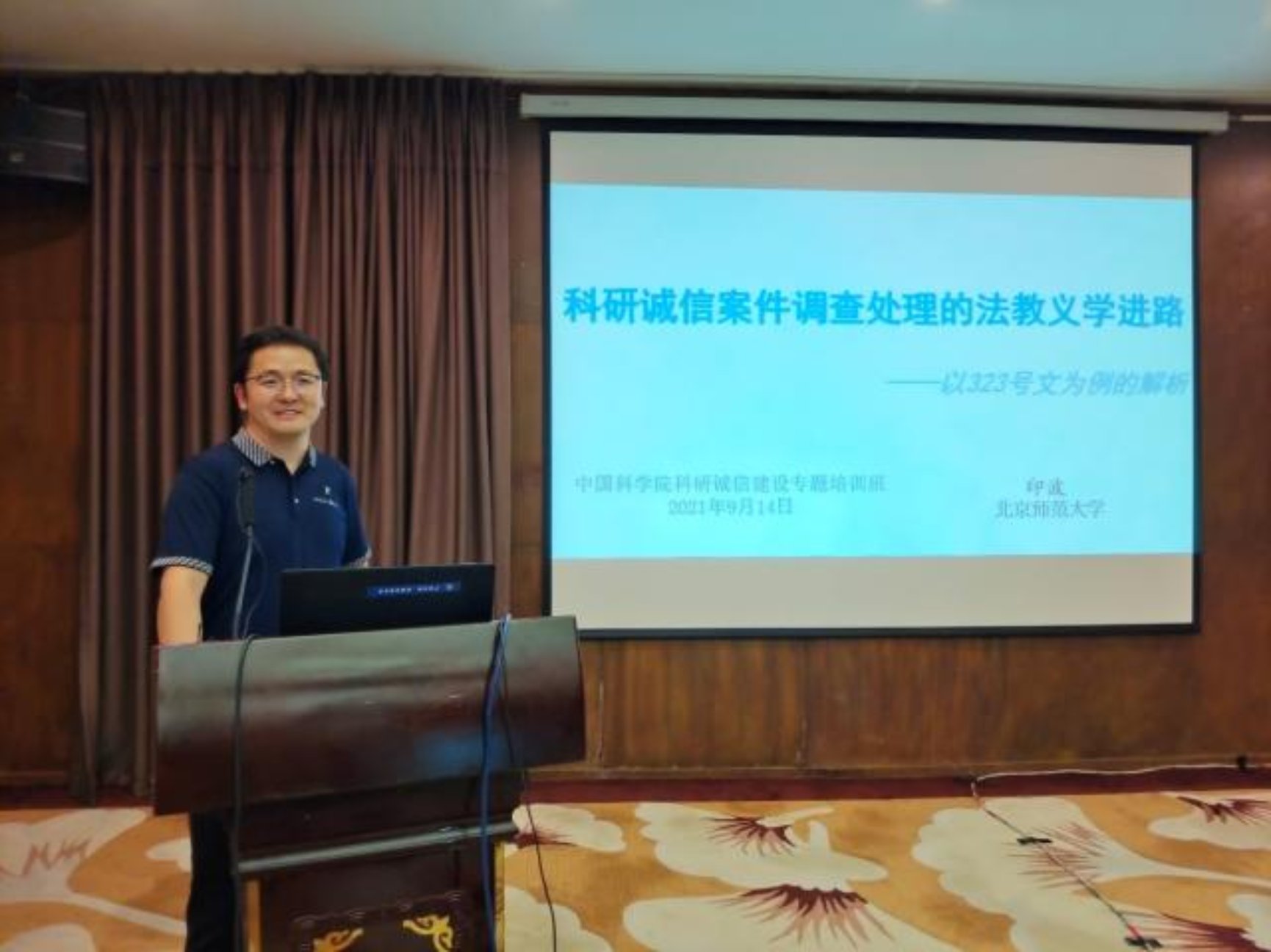 Subsequently, Associate Professor Yin Bo gave a lecture entitled "The Approach of Legal Doctrine in Investigating and Handling Cases of Scientific Research Integrity"—Taking No.323 Document as an Example ". More than 70 persons in charge of scientific research integrity construction departments and full-time and part-time scientific research integrity commissioners from various research institutes and universities of Chinese Academy of Sciences attended the lecture.

Associate Professor Yin Bo believed that the formulation and formation of norms should not be biased, but should be carried out on the holistic approach that takes into account all kinds of value standards, and should be properly balanced on the conflict side. When formulating the investigation and handling norms of scientific research honesty cases, we can consider the concept of replacing scientific research (academic) misconduct with the unified control of scientific research dishonesty. Taking analytical positivism as the logical origin, he scientifically recognized that legal positivism only provides the lowest level of narrative norms, and does not exclude the evaluative influence of morality, policy and reality. All the wisdom of legislation should be fully applied to the formulation of norms, and the upper norms should be systematically sorted out by hierarchy legislation theory, coded and arranged, and binding norms should be arranged according to the upper and lower hierarchy. On this basis, we should reasonably balance the autonomy needs of the scientific community with the needs of administrative management, and form a set of normative system to balance the relationship between scientific ethics and scientific research supervision.

Yin Bo put forward that the current order should be regarded as the premise and systematic interpretation should be carried out based on this, so as to properly solve the practical problems in the investigation and handling of scientific research integrity cases. In the process of interpretation, we should implement the basic idea of procedural justice and fully guarantee the procedural rights of the parties. Subsequently, Associate Professor Yin Bo analyzed the normative effectiveness of Rules for Investigation and Handling of Scientific Research Integrity Cases (Trial) (i.e. Document No.323) one by one, taking some cases of scientific research integrity as examples. 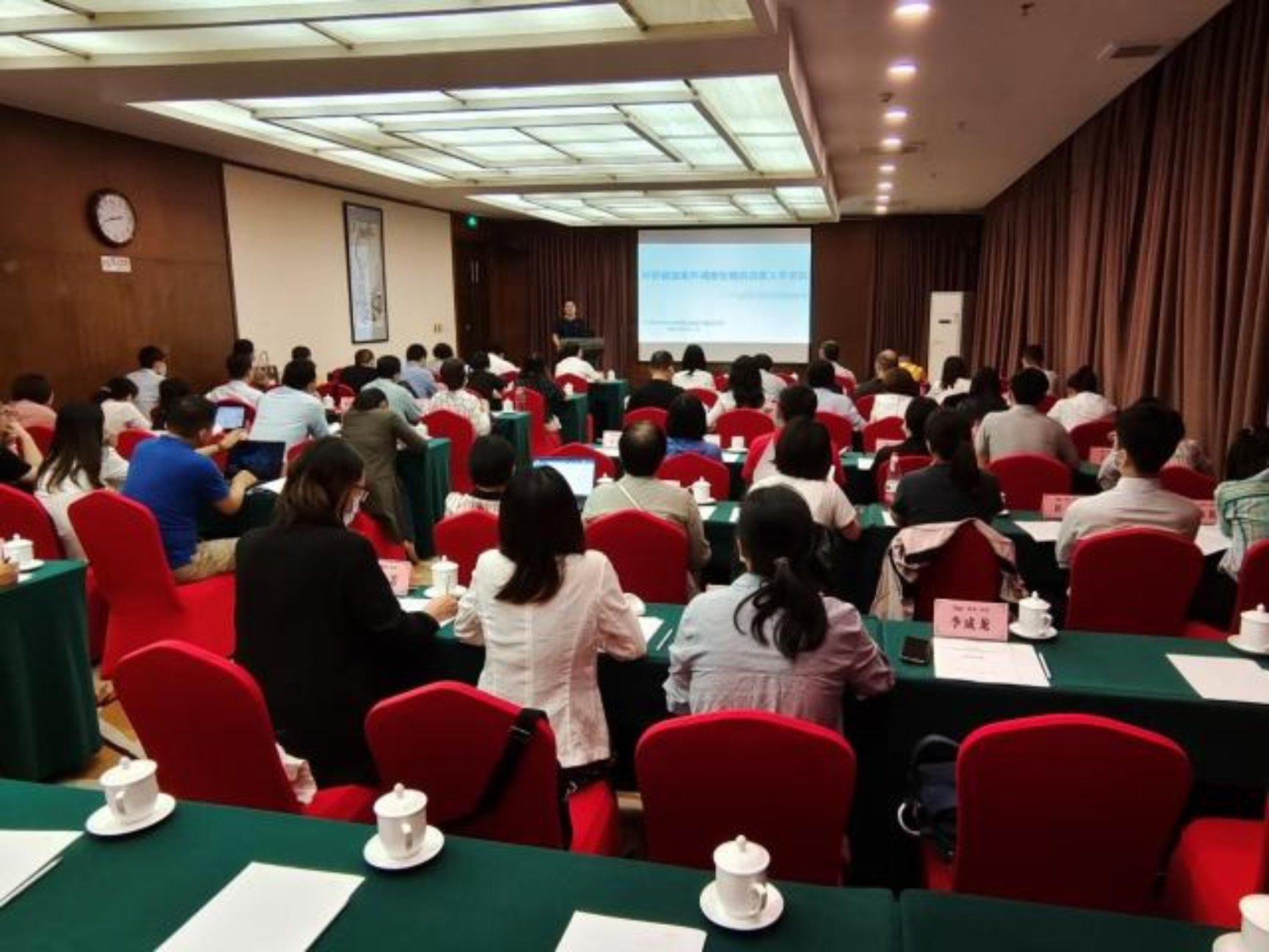 This report is the first report of this training course, and successive reports include: the theme report of Operation Guide of Scientific Research Integrity Information Management System to be made by Yuan Junpeng, Chairman of Scientific Research Integrity and Responsible Innovation Professional Committee of China Science and Technology Policy Research Association, and researcher of Literature and Information Center of Chinese Academy of Sciences; a keynote report on Review of the Withdrawal Event and Evaluation of Scientific Research Integrity to be made by Liu Xiaomin, a member of the National Committee of the Chinese People's Political Consultative Conference and a research librarian of the Citation Database of the Literature Center of the Chinese Academy of Sciences. On the afternoon of September 15th, special exchange and discussion will be organized.

The online course offered by Associate Professor Yin Bo has nearly 200,000 students, covering more than 80 colleges and universities. The course Ethics and Academic Standards of Scientific Research taught by Associate Professor Yin Bo of Beijing Normal University Law School was officially launched on the "School Online" platform in September 2017, which was open to all universities and social learners in China and was widely welcomed. According to the latest statistics of Beijing MOOC-CN Education Information Technology Co., Ltd. on September 10, 2021, as of September, 2021, the total number of courses selected was 190,990, and the courses were used by 82 schools, which became credit courses in many well-known universities. From the spring semester of 2019 to the spring semester of 2021, teachers and students participated in the interactive exchange of courses, with a total of 902,971 posts and 385,599 replies. This course has also been shown as the headline of the same type of course by many important online video platforms.