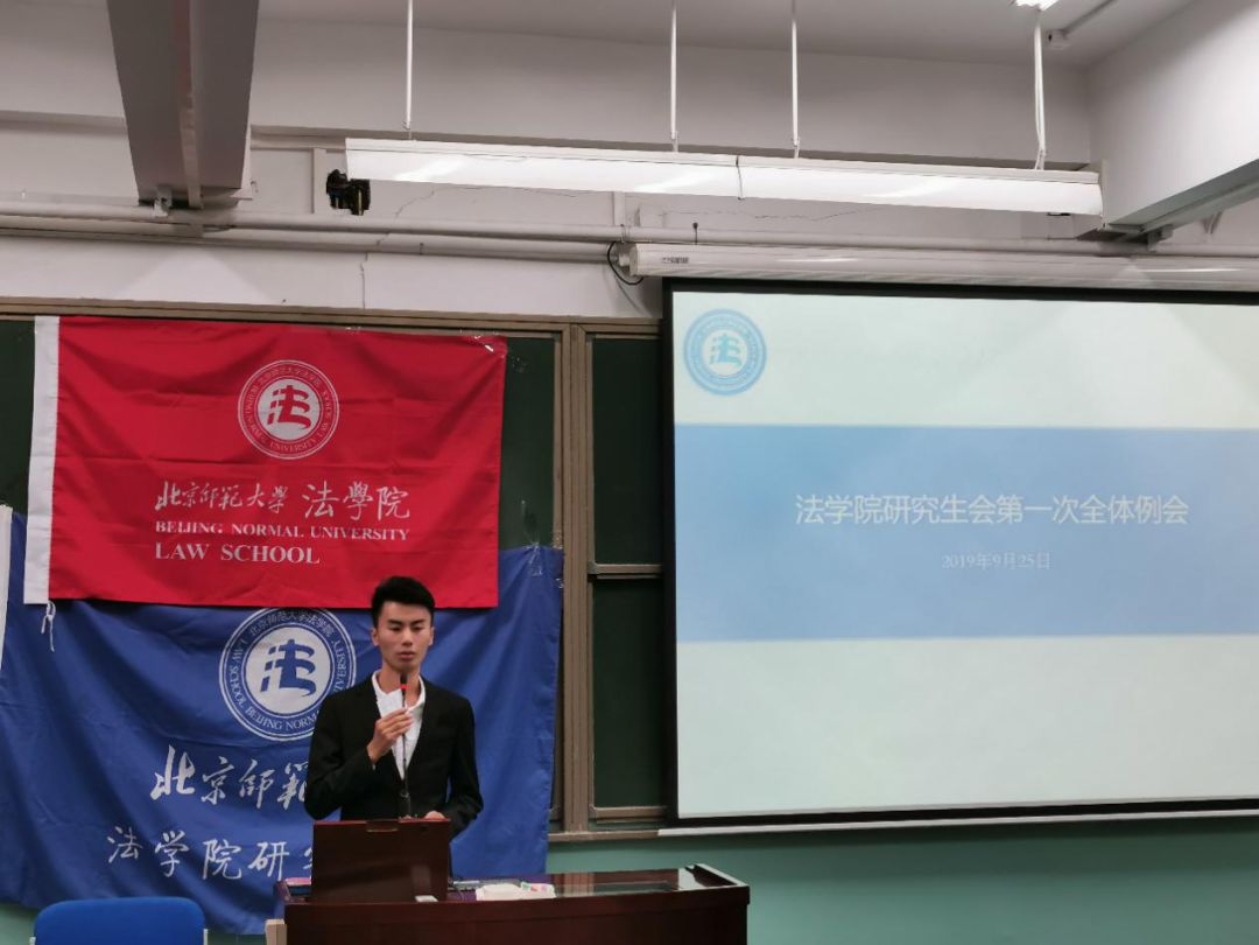 First, MA Liya, secretary of the Youth League Committee of the Law School, made a speech. Ms. Ma Liya put forward several suggestions to the cadre team of the Students’ Union, hoping that the Presidium would actively set an example for the freshmen, pay attention to the ways and methods of work and actively guide and help the freshmen. Besides, she suggested that a good working atmosphere should be formed in the Students’ Union and that formalism should be avoided. Finally, she also proposed her specific requirements and expectations for the new members of the 2019 Students’ Union. She hoped that each student could actively organize and participate in activities in the Union and give full play to his/her strengths. Moreover, it is hoped that each member can gain something in the Union. 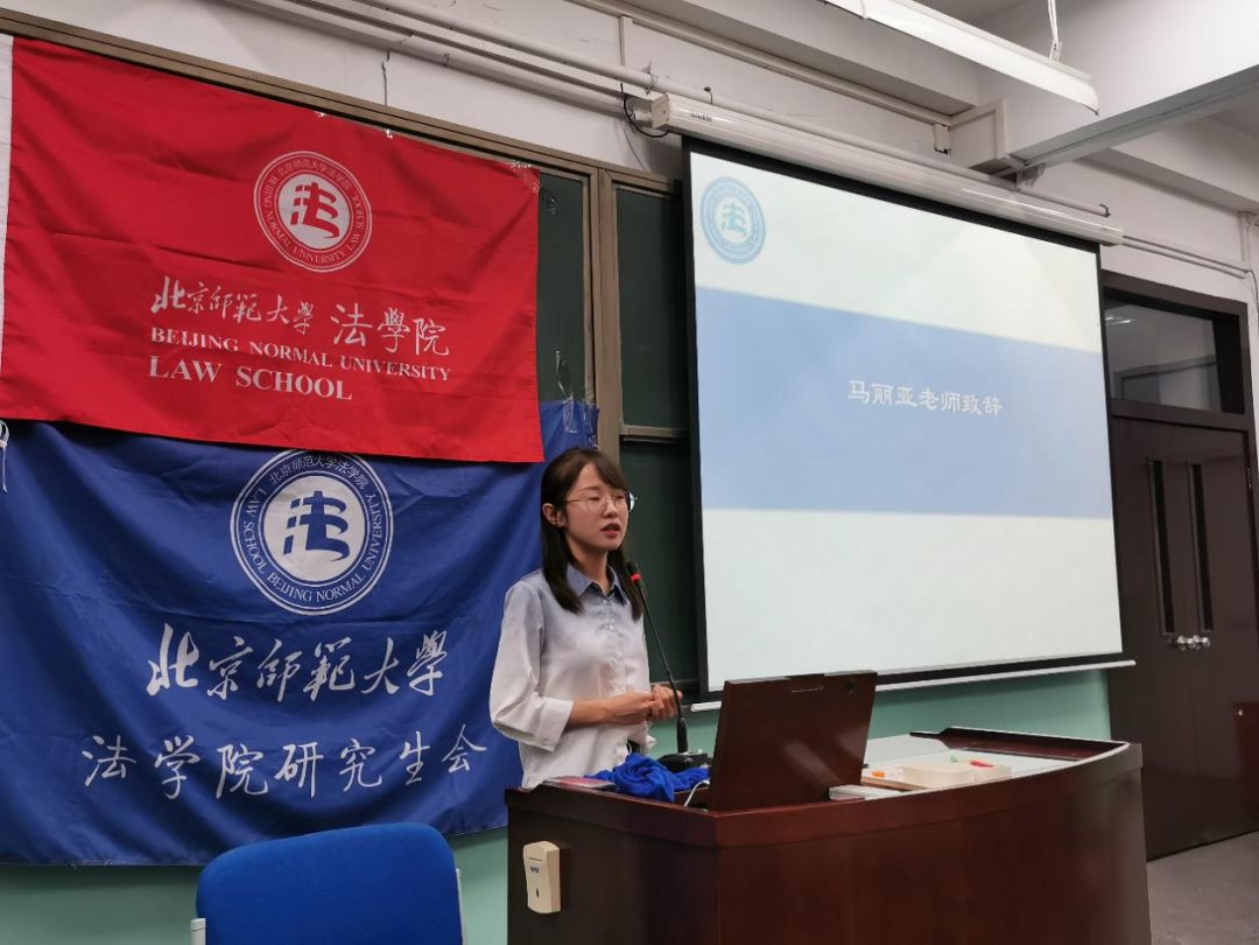 Ms. Ma Liya -  secretary of the Youth League Committee made a speech. 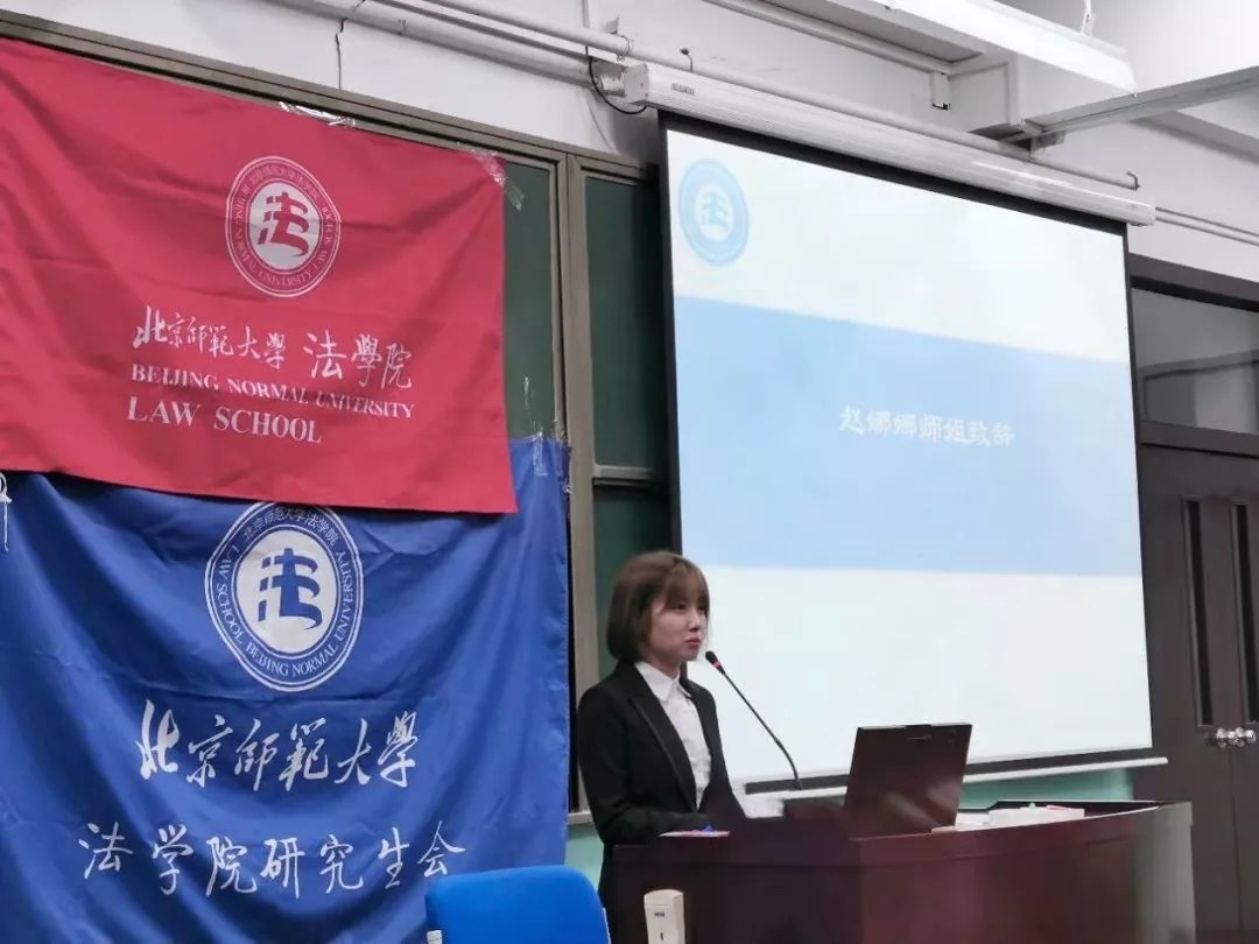 Third, those in charge of different sections gave reports and presentations. The representatives of nine sections appeared on the stage in turn, including SONG Jia - Head of Section of Rights and Interests, XIANG Boyi - Head of Alumni Exchange Center, ZHENG Weiyu - Head of Section of Literature and Art, TENG Haoyu - Head of Sports Section, WANG Xiaoxiao - Head of News Transmission Center, LIAO Qingsong - Head of Practice Section, AN Guilian - Deputy Head of Academic Section and ZHANG Wenlu - Head of Liaison Section. They gave presentations through PPT, introducing the specific functions, members and future work prospects of their sections in a humorous and vivid manner. 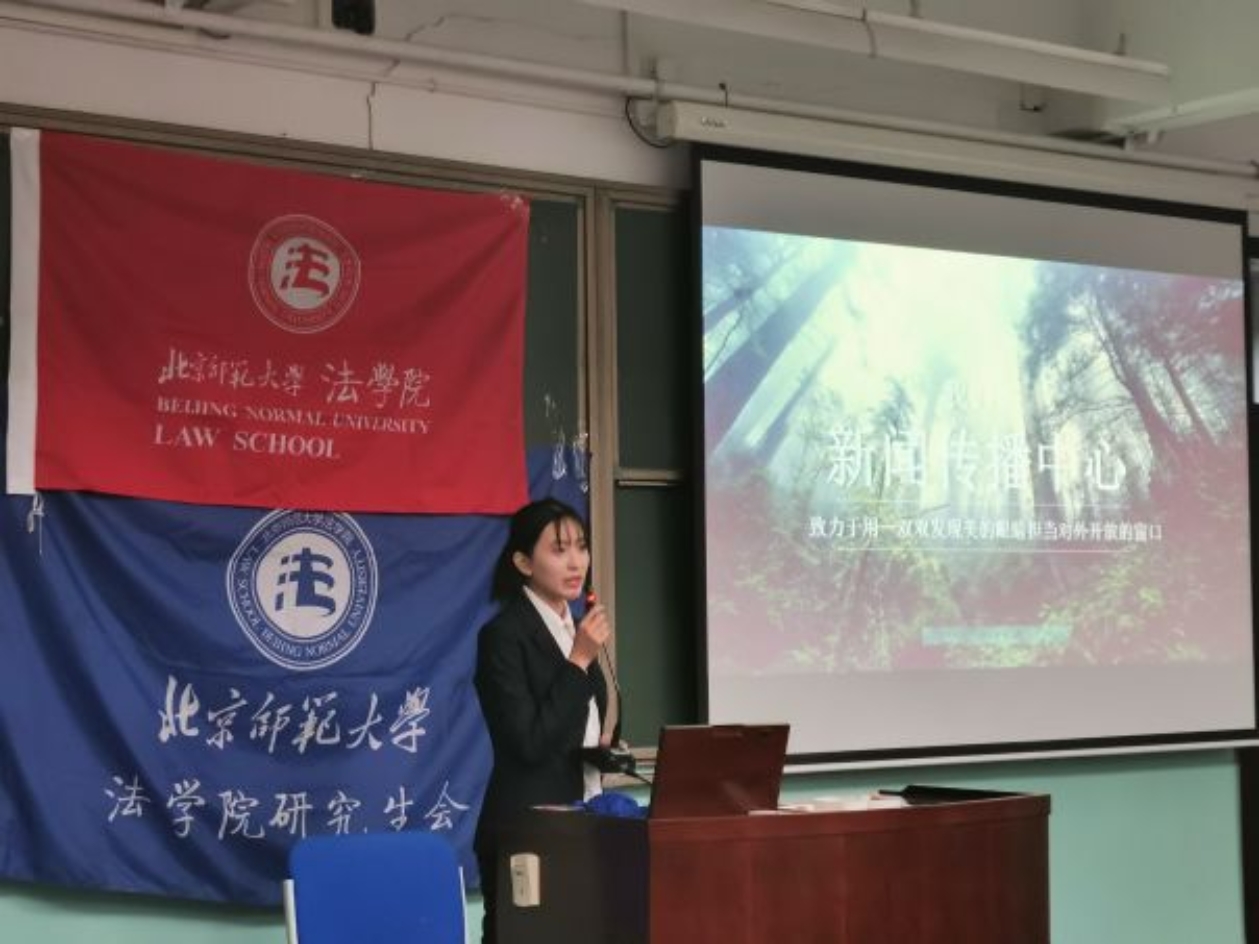 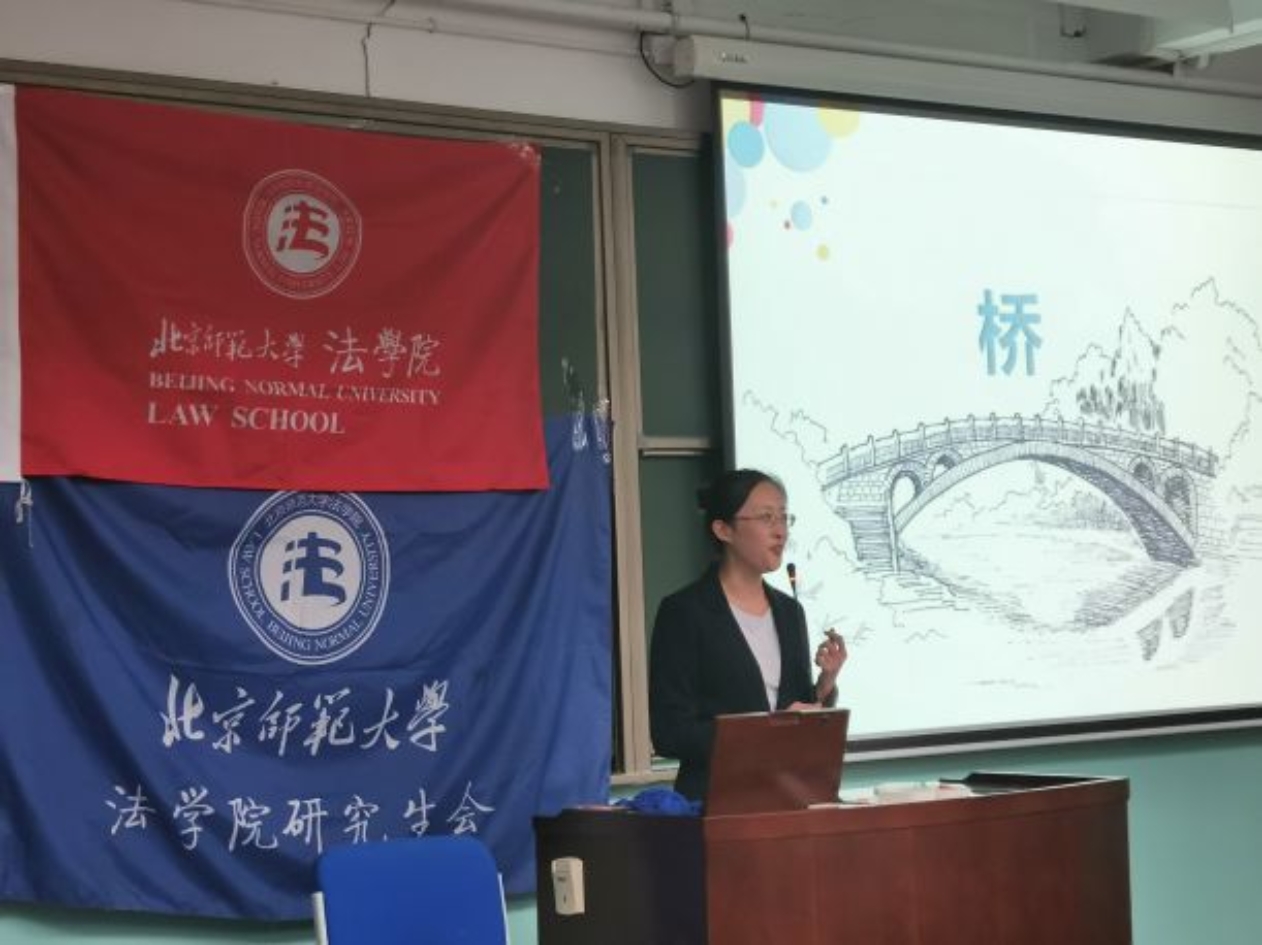 After the report of each section, all the members took a group photo, which meant the end of the first assembly of the Graduate Students’ Union of Law School.  Let’s welcome the freshmen sincerely and start the journey with dream. We believe that under the leadership of the presidium and the head group, and with the joint efforts of all members of the sections, the Graduate Students’ Union of the Law School will reach a new level! 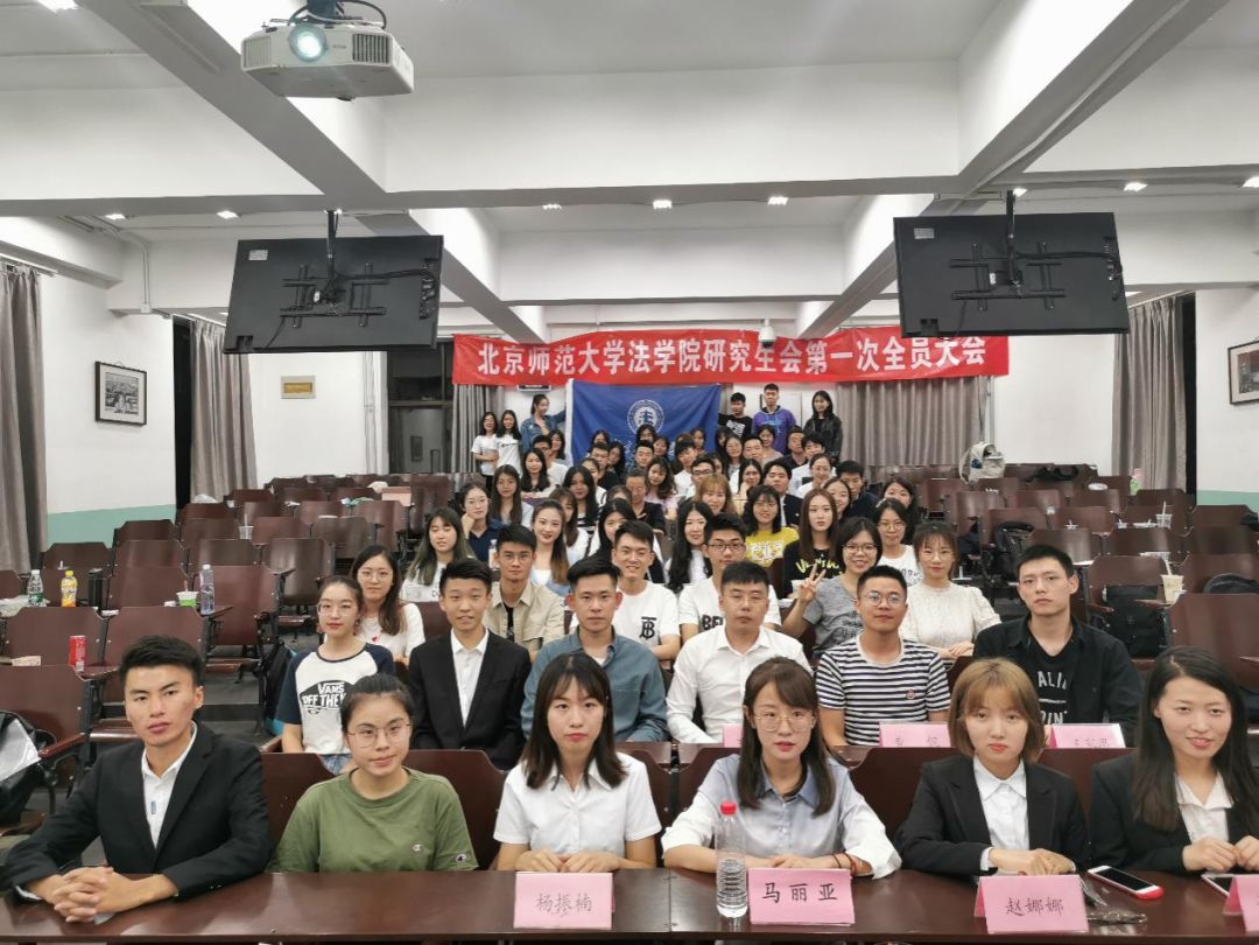