It is a little cool at night, but the table tennis room between the eastern and western playgrounds is booming. The annual “Milky Way Cup” started here. 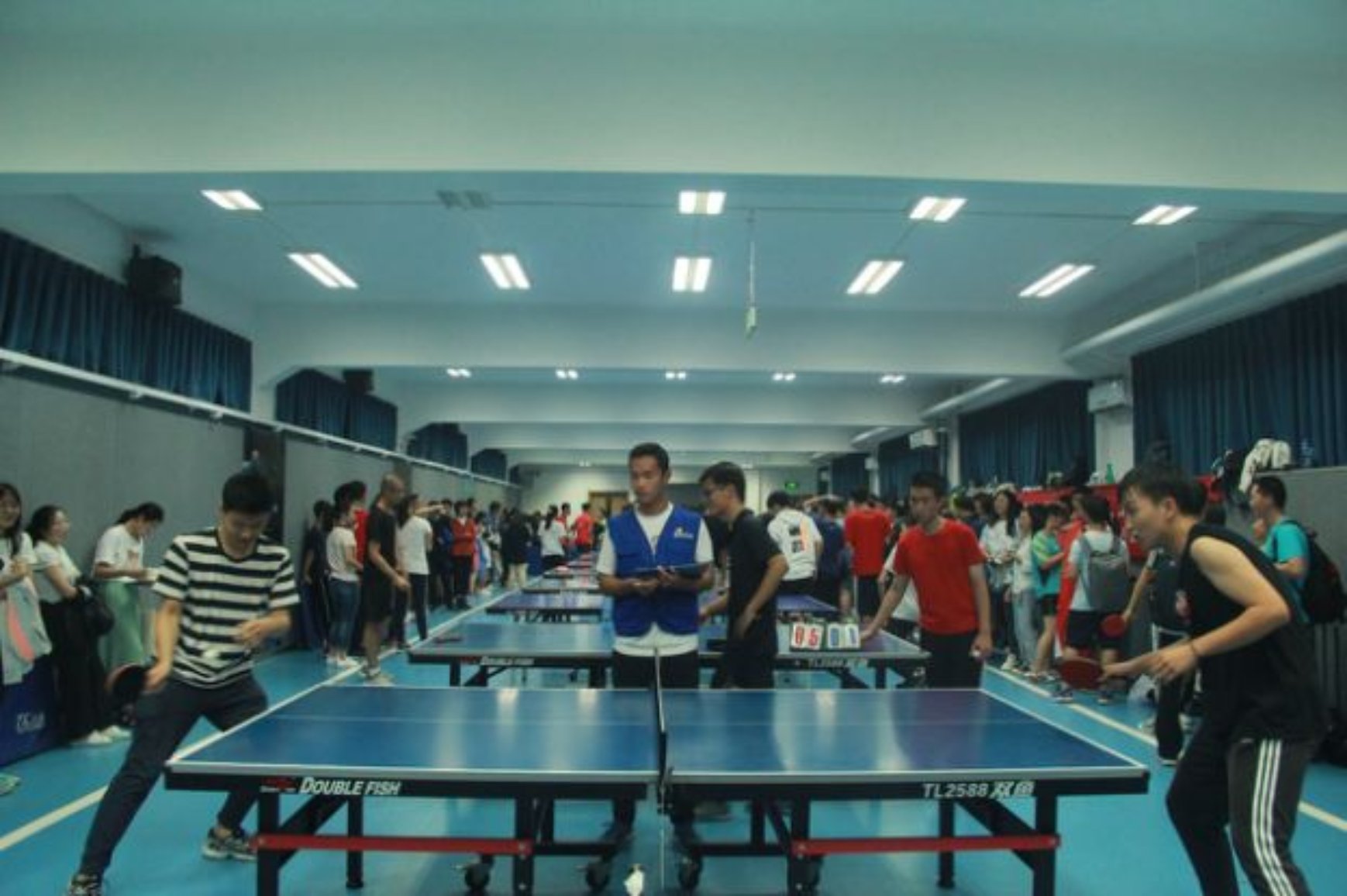 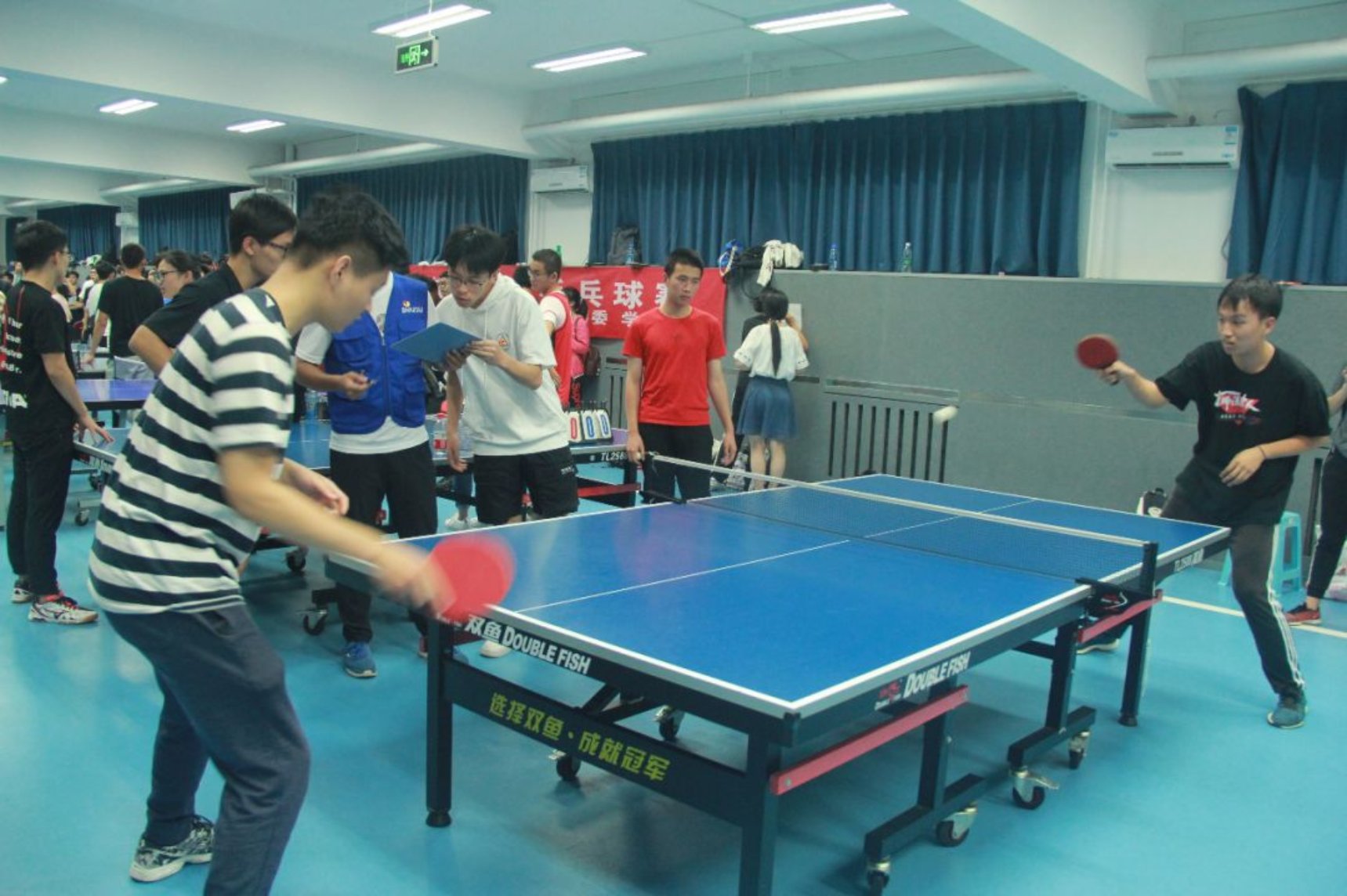 Second Match: Law School VS United Team of School of Philosophy and School of Sociology

Before the match began, the table tennis players warmed up carefully, encouraged each other and relieved the pressure on the court.

It is in our favor at the beginning, and after several good rounds, the Law School got 11 points, winning the victory of the first round, which greatly encouraged other players of the table tennis team. They all cheered for the players on the court. The players coming to the court later were also very serious, flexibly respond to the situation on the court. Although there are some errors, they dealt with them calmly. 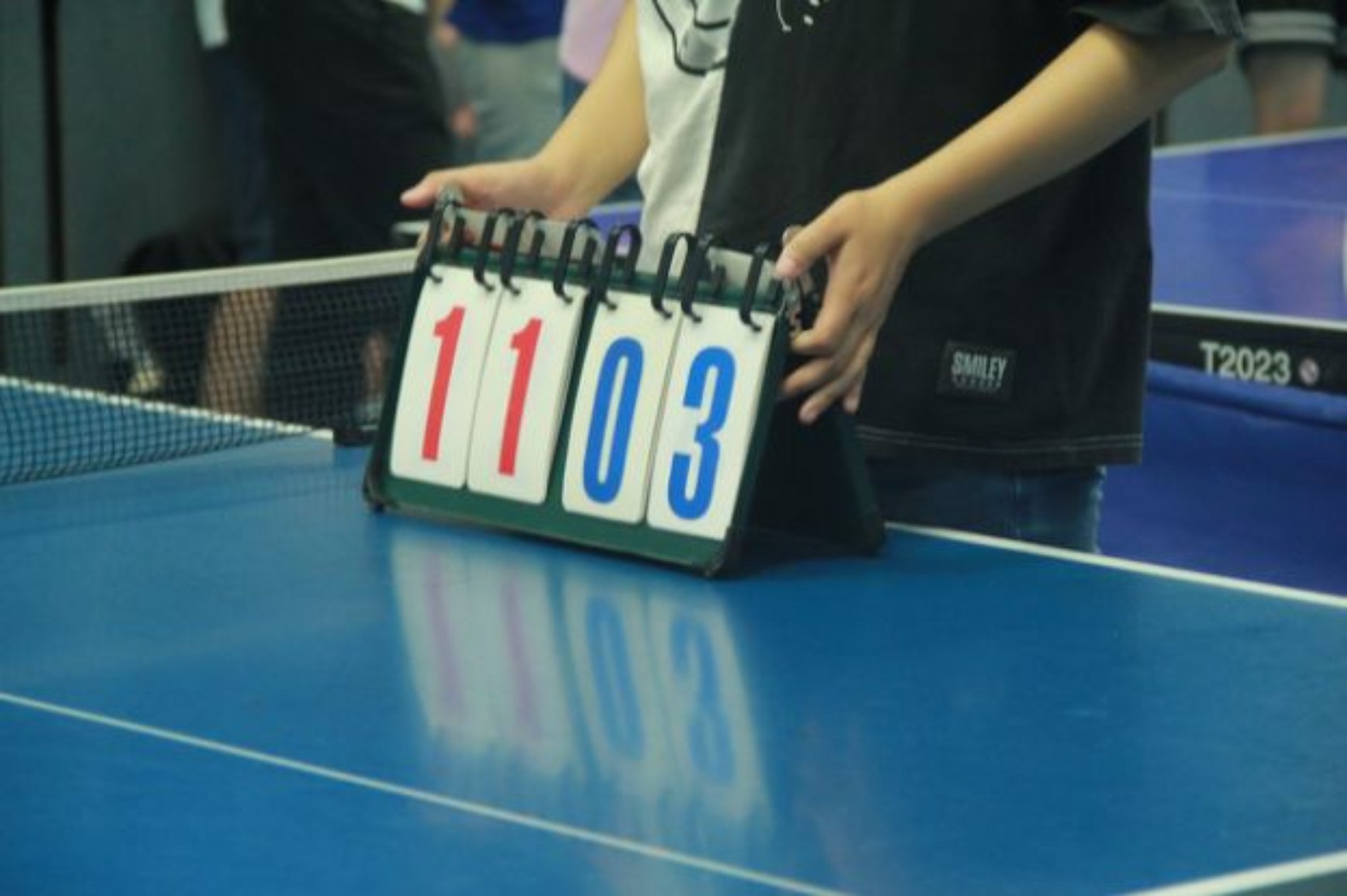 The match officially started at 11:50 am. After losing the first two rounds, the  players of the Law School did not lose heart, but remained calm, confident and firm, and actively responded to the situation. The players LI Xiwen and SHANG Di won in the third and fourth rounds with calm and calm state, and astute and stable performance. The two sides were tied. The winning of two rounds also boosted the morale of the players of the Law School. They encouraged and cheered each other!

The fifth round is mixed doubles. LI Xiwen and SHANG Di played again. The two players on the court did not slacken off, and the players off the court were also focused and in high spirits, displaying the best of themselves. 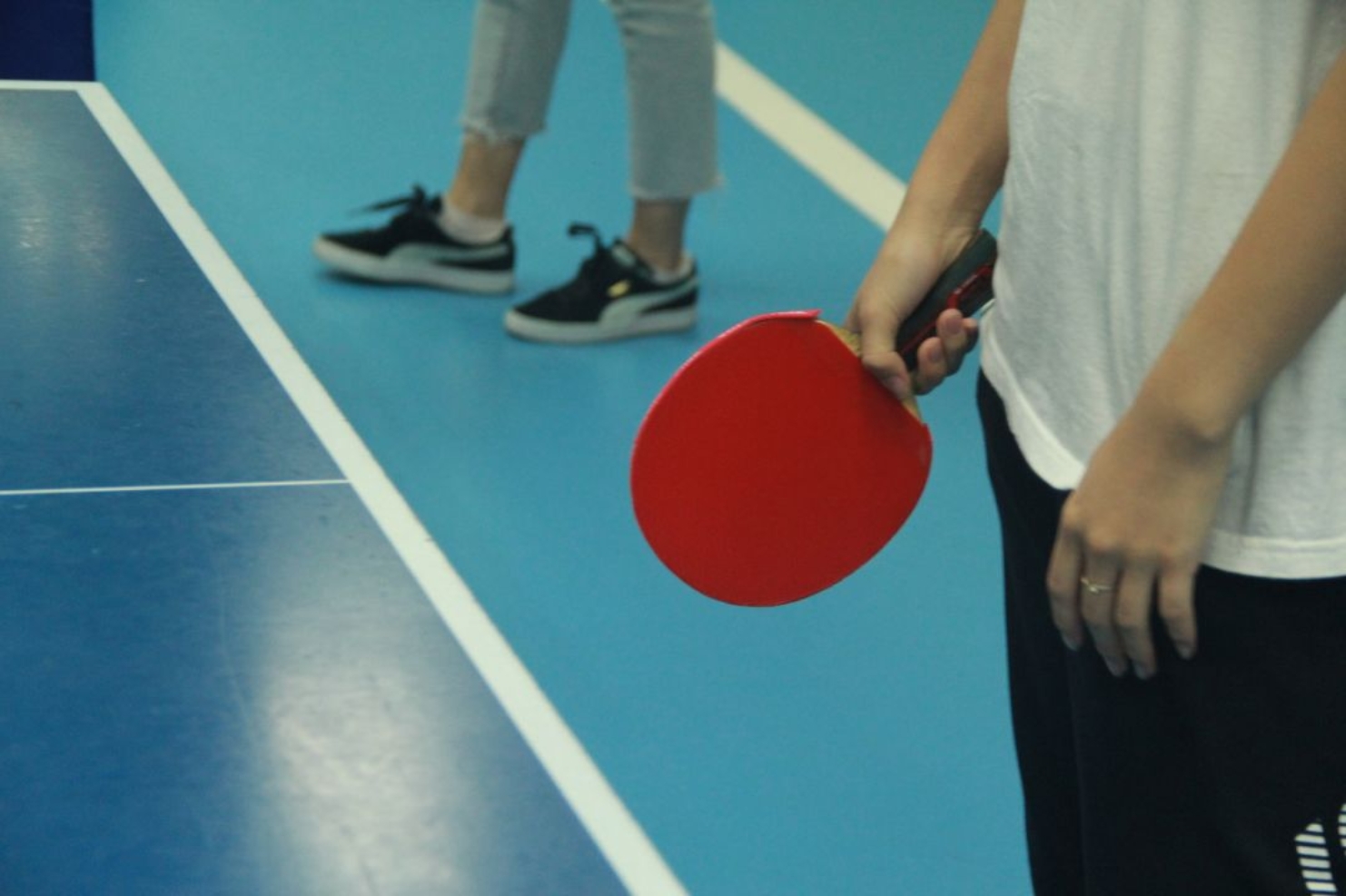 The last match is against the Faculty of Psychology, which is a strong opponent, but in the face of it, we were not afraid and responded calmly. The table tennis went back and forth between the two sides, and the game became more and more intense. Our players tried their best to resolve every attack and seize every opportunity to win. Although we were defeated in the end, our team members were not discouraged, refueling together and deciding to fight in the Silver Way Cup again next year! 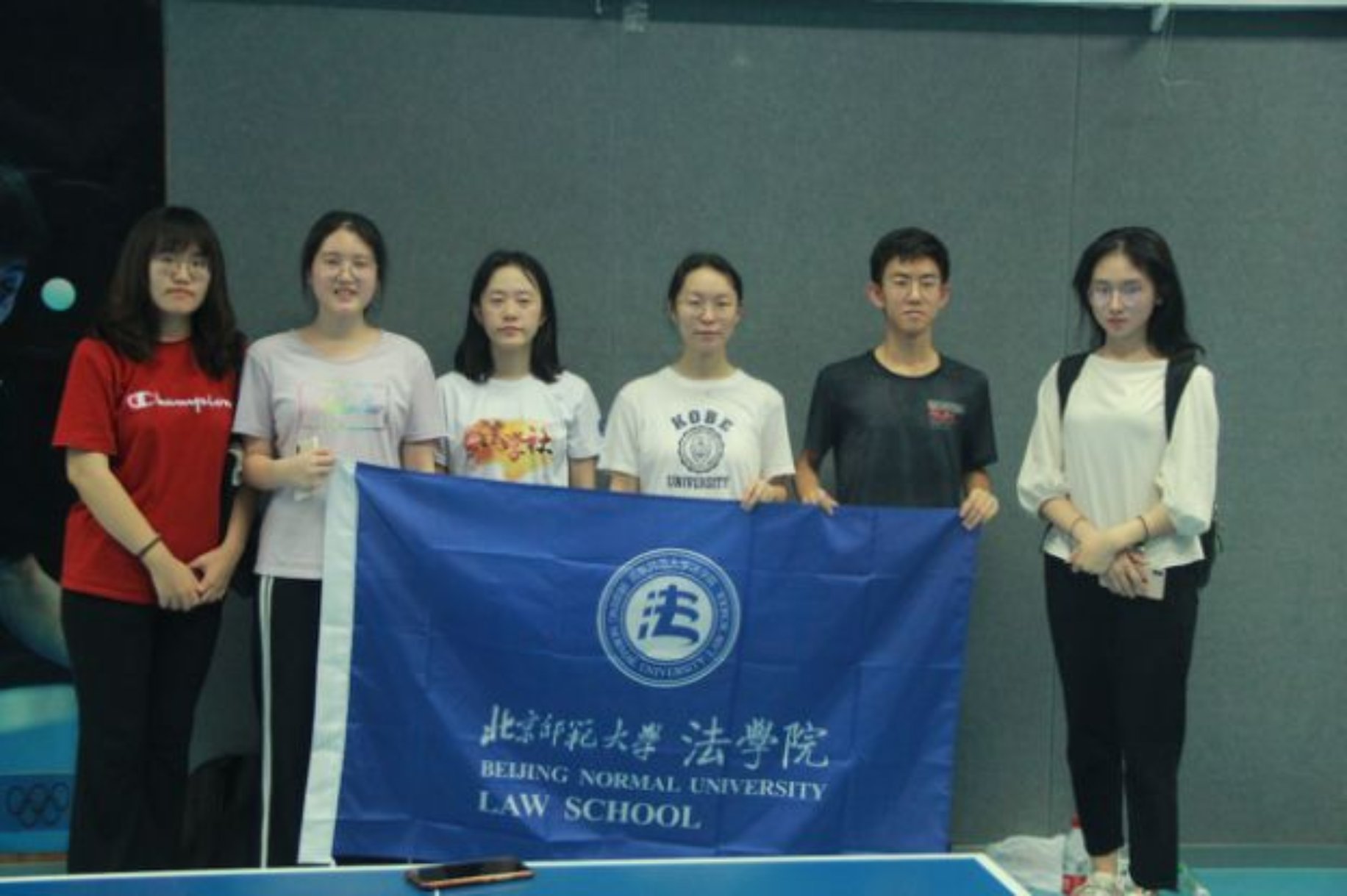