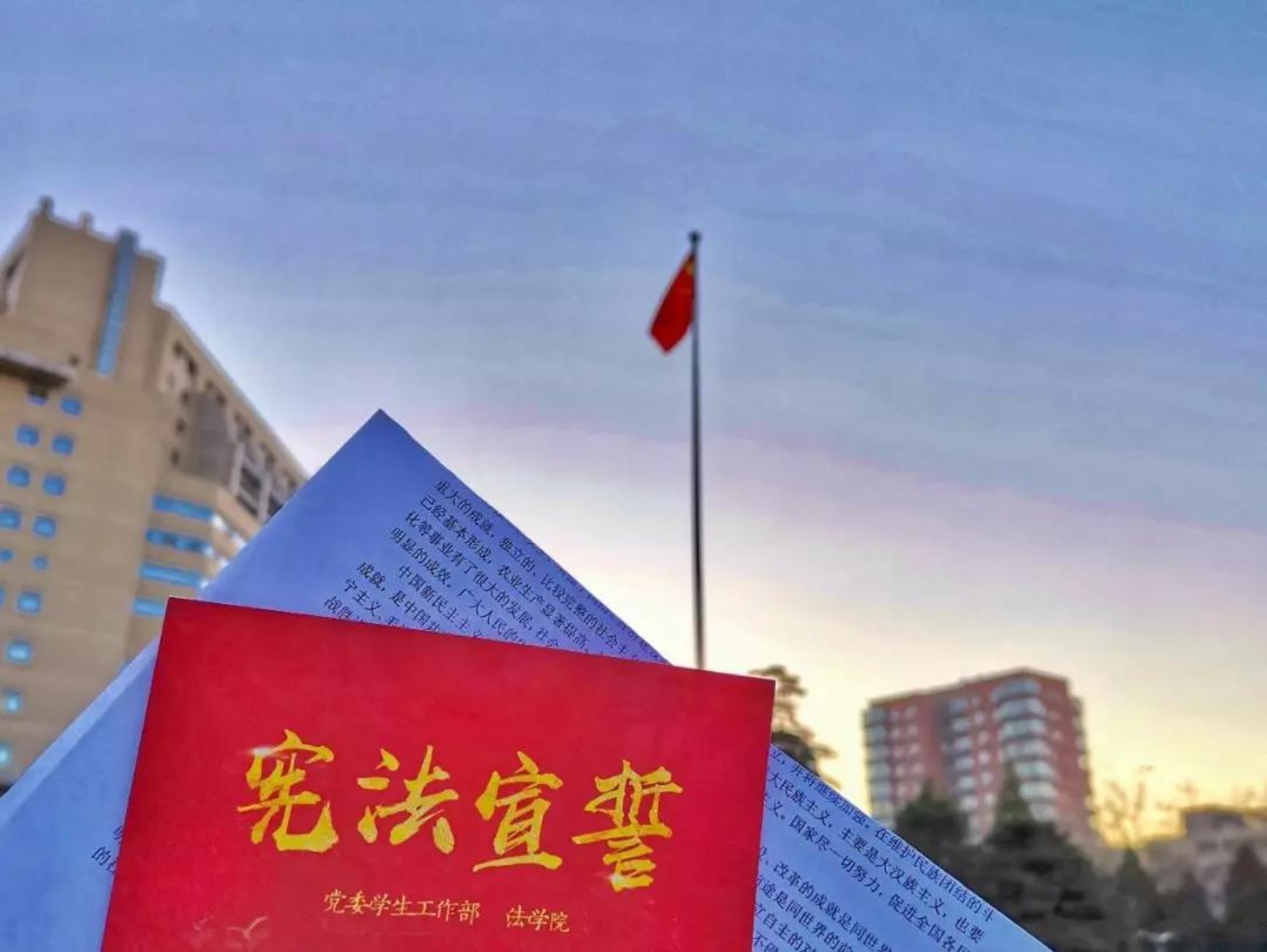 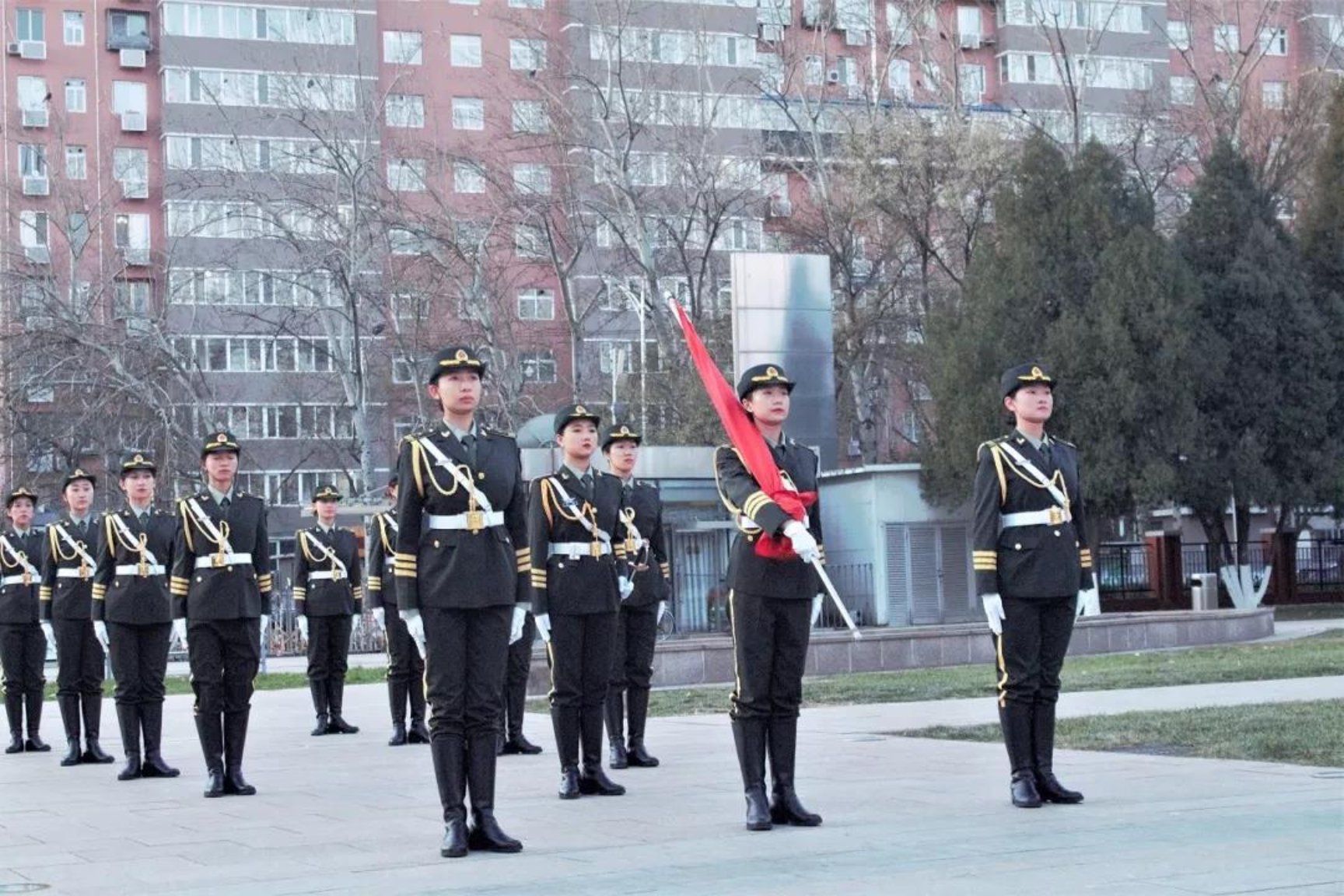 They, in martial attires, displayed the elegant demeanour of college students in the new era. Being valiant and powerful is the best portrayal of youth, and also the image representative of staying upright and holding head high of people of Beijing Normal University. In the majestic national anthem, the five-star red flag raised slowly, and all the students watched it. 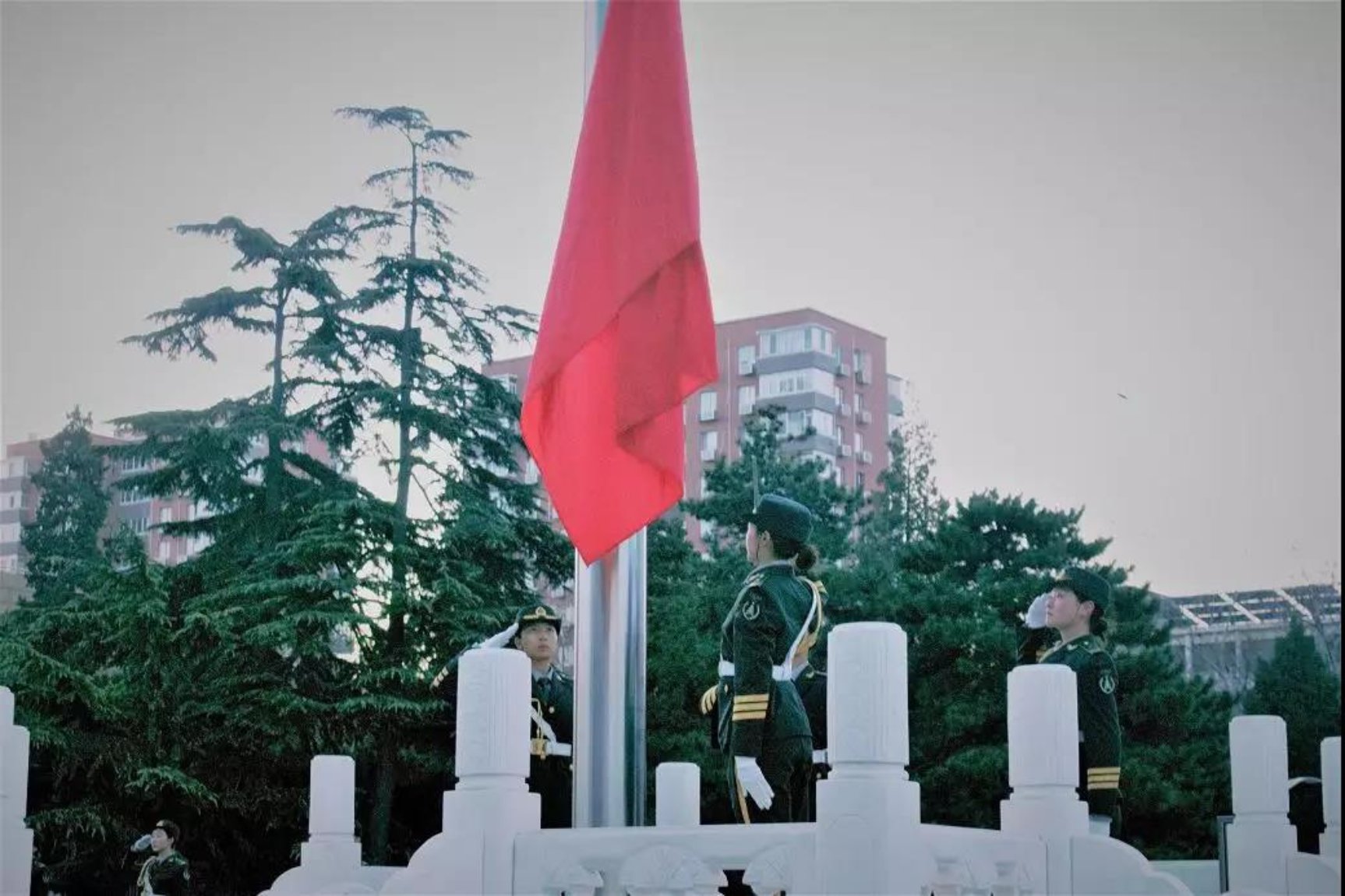 I pledge: to be loyal to the Constitution of the People's Republic of China, to uphold the authority of the Constitution, to perform my statutory duties, to be loyal to the motherland and the people, to perform my duties faithfully, to be honest in performing my duties, to be subject to the supervision of the people, and to work hard to build China into a great modern socialist country that is prosperous, strong, democratic, culturally advanced, harmonious and beautiful. 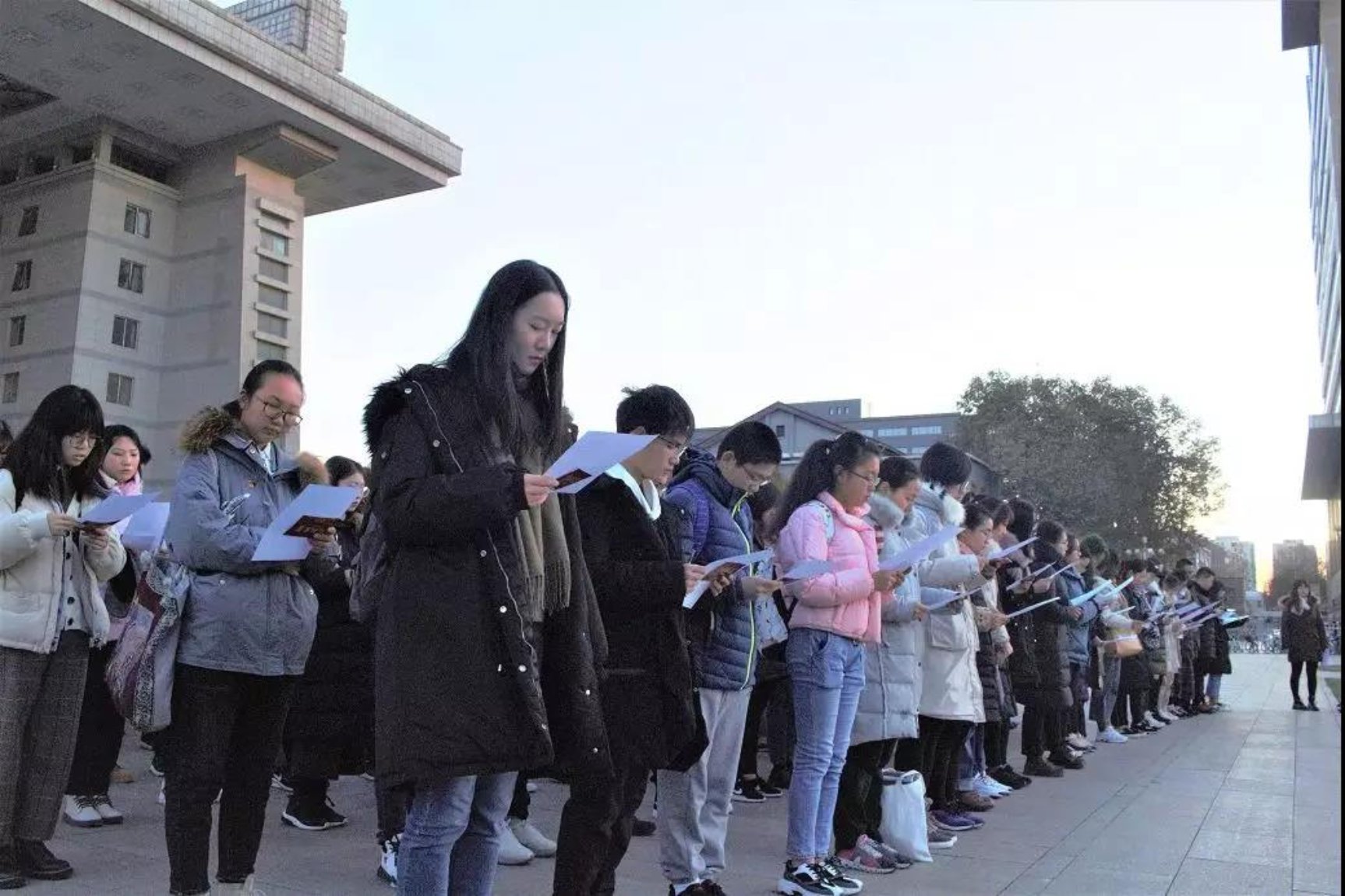 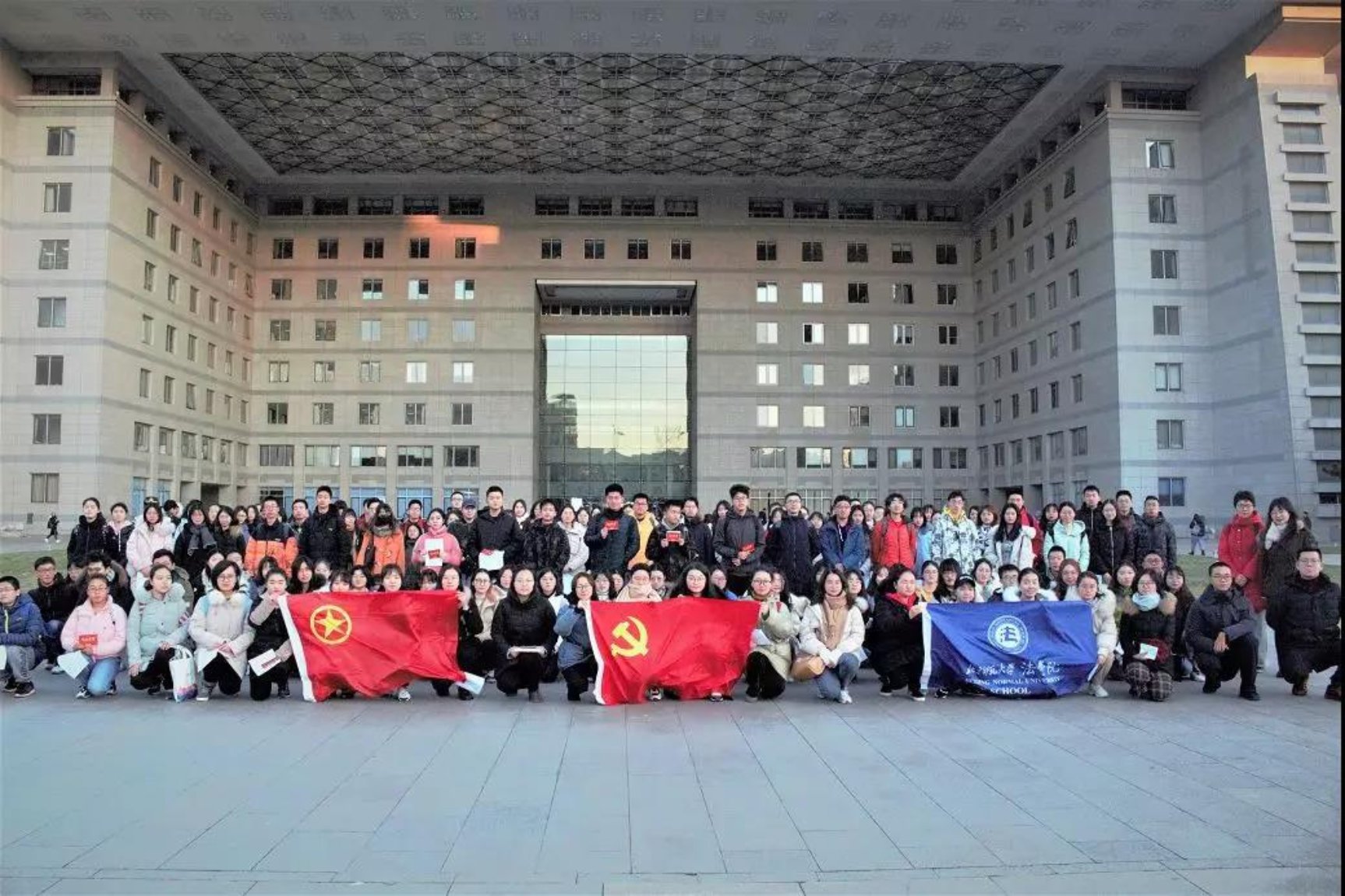 It is difficult to shoot arrows without bending the bow, and it is difficult for a country to become prosperous without the rule of law. Reading and solemnly swearing to the Constitution under the national flag is not only a ceremony, but also a duty and a responsibility. It is hoped that students can keep the spirit of the Constitution in mind, regulate their own behavior with the Constitution, and be the lawyers practicing law with good virtues.