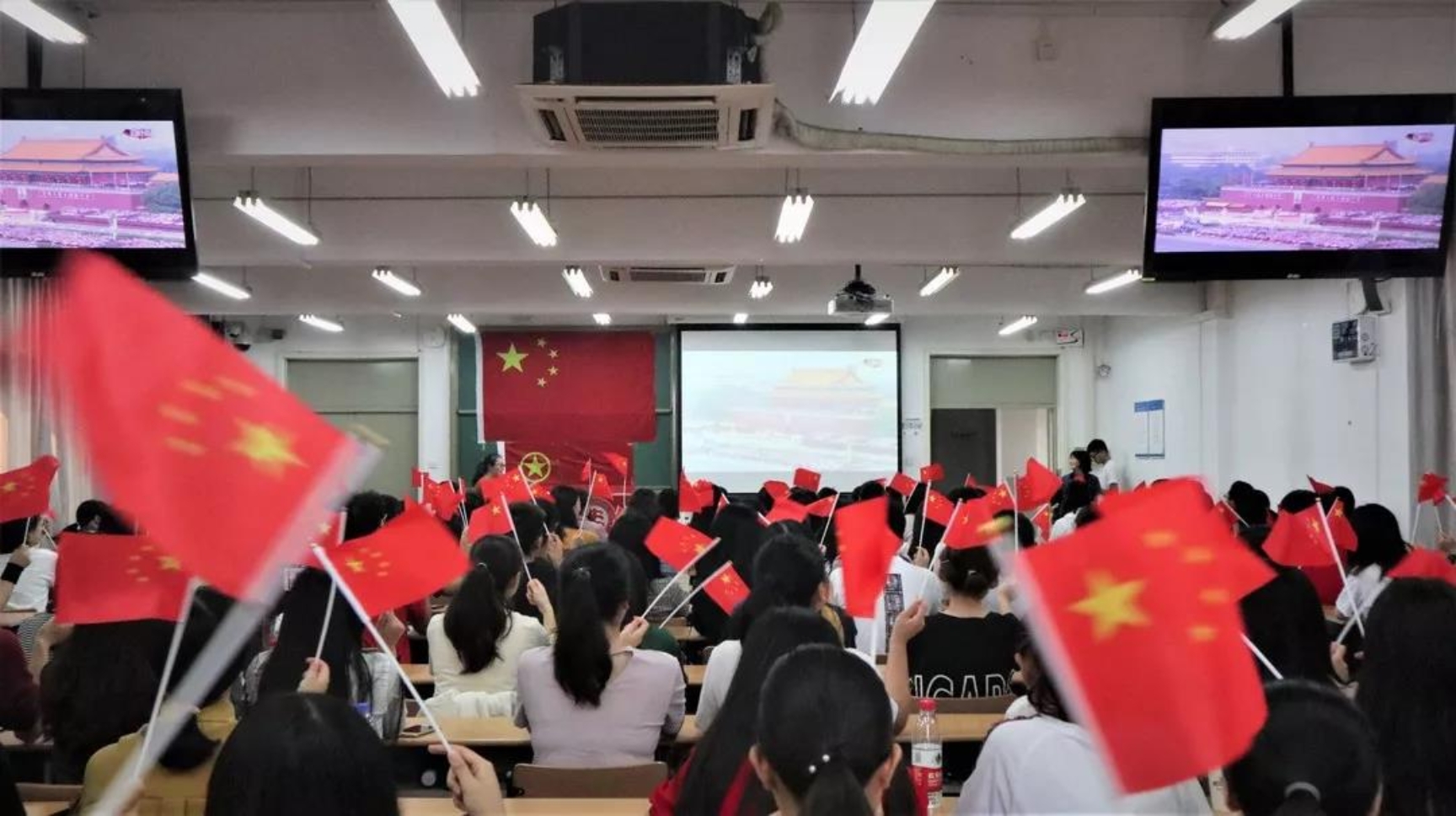 Before the live broadcast started, students entered the room with badge and national flag in hand and sat down, looking forward to the beginning of the military parade. At 10 o 'clock sharp, when Premier Li Keqiang announced the beginning of the conference to celebrate the 70th anniversary of the founding of new China, the exciting moment finally arrived, and the students couldn't help cheering and jumping, bursting into applause. 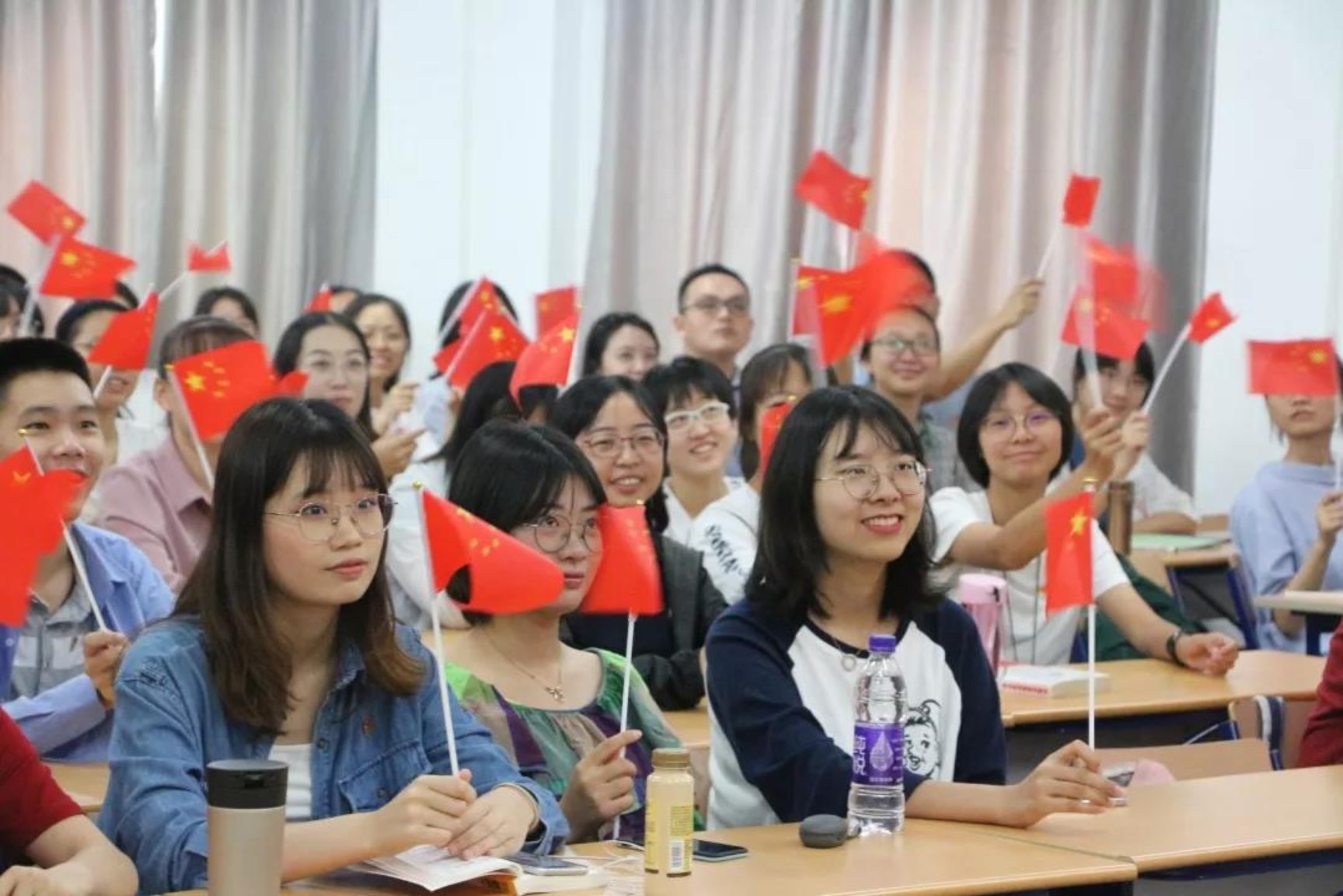 When the three-service honor guard, escorting the the national flag, appeared from the Monument to the People's Heroes and went to the flag-raising platform amid the roaring of 56 artillery guns, the students in the classroom stood up together and stared at the honor guard, as well as the arduous journey of our motherland over the past 70 years.

The national anthem began and everyone sang it together. The national flag rose slowly. From 1949 to 2019, our great motherland became prosperous step by step. The short 46-second national anthem contains the struggle of hundreds of millions of people. The students were excited and felt extremely proud of our motherland! 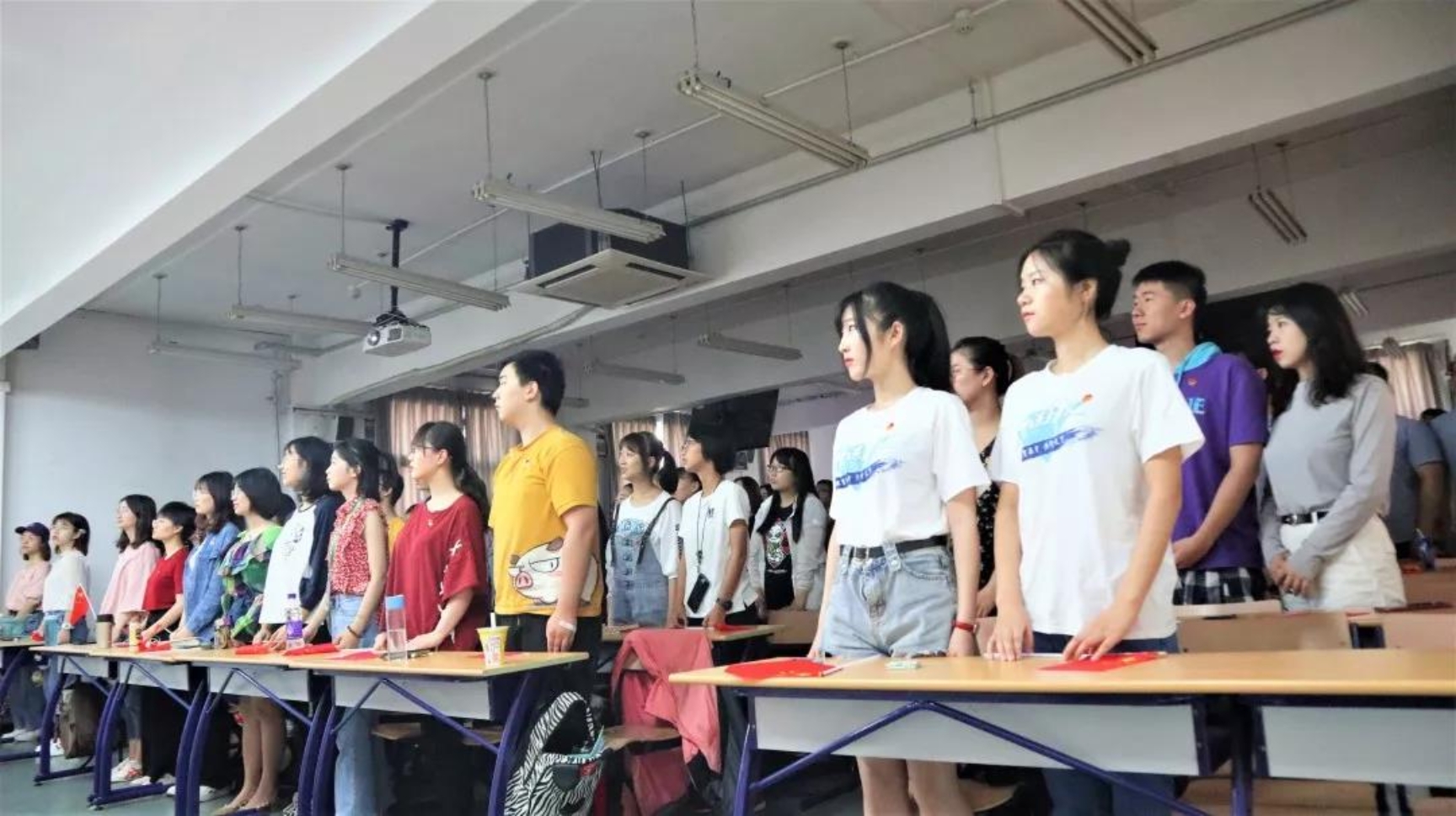 During the parade, 59 echelons marched through Tian'anmen Square for inspection, among which the foot formations, land force, navy and and air force have their own characteristics, but what remains unchanged is the strict discipline and high spirit of the army.

When watching the parade live, the students cheered and clapped for many times, feeling deeply about the struggles of the people's army, the masses and the heroes, and expressing their respect and gratitude. 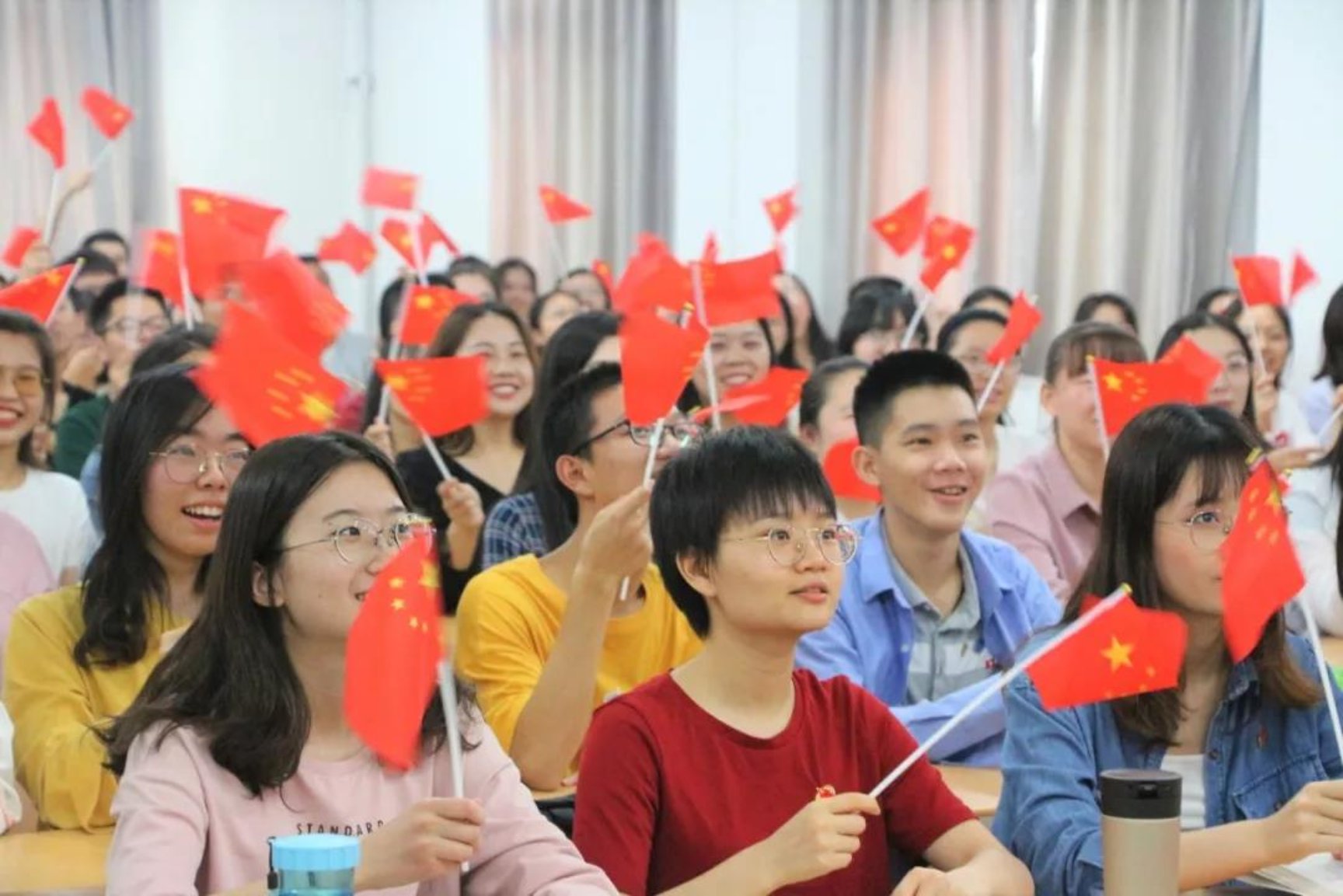 After the mass parade for the 70th anniversary began, the students became higher in spirit because of the vitality, confidence and high spirits of the masses, talking about the novel, lively and free formation at times. In particular, when the formation of “Fostering Virtue through Education” and the flag of Beijing Normal University appeared, everyone burst into laughter and applause, and heartily cheered for the students who participated in the mass parade. 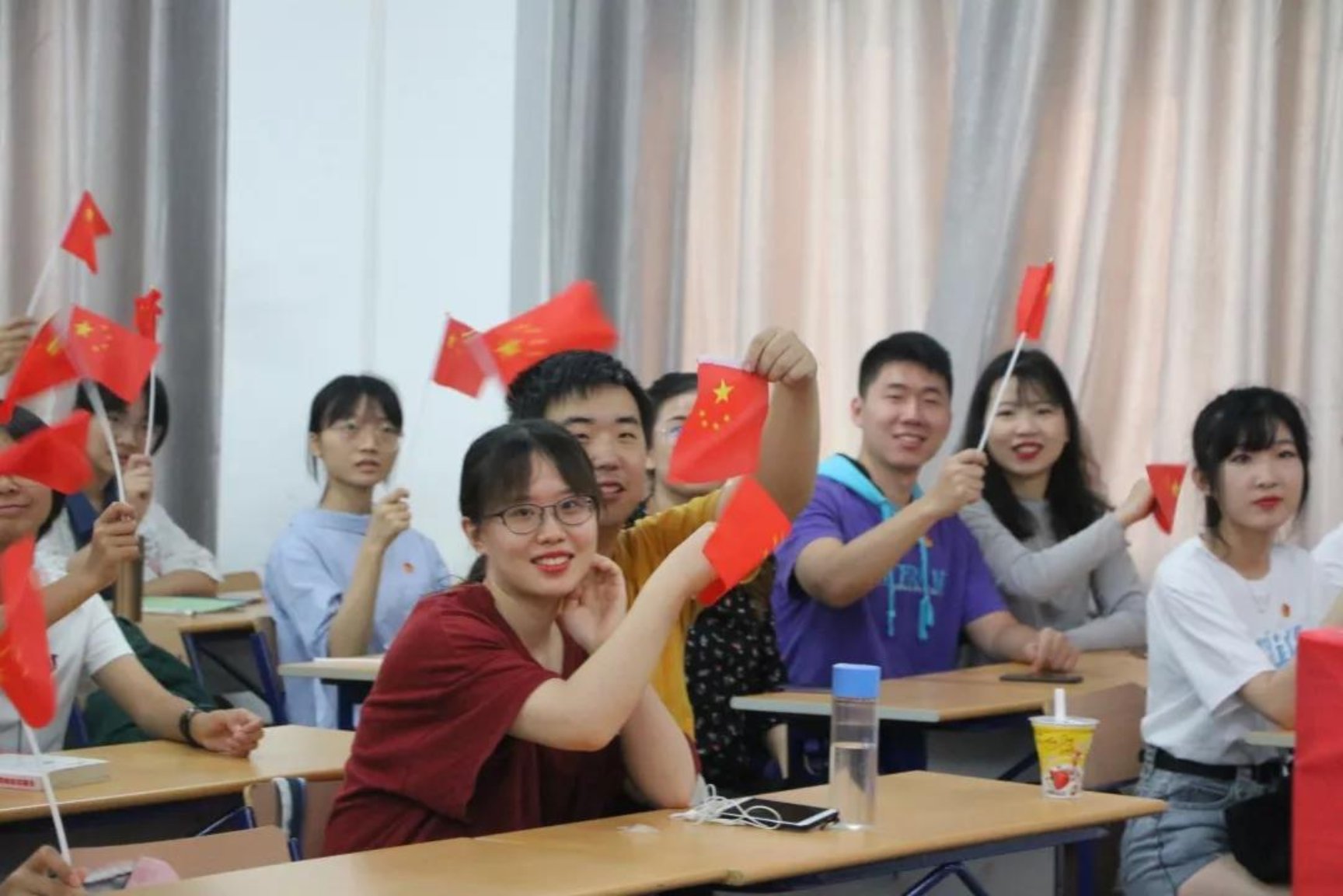 After the meeting, the students expressed their feelings. By watching the parade ceremony live, they felt the prosperity and strength of our motherland and the struggle of the Chinese people. On such an occasion, young people should recall the heroic ancestors and be proud of our strong and rich motherland. For future’s brilliance, the Chinese people are expected to stay true to the original aspiration and chase dreams bravely.