To celebrate the 70th anniversary of the founding of new China, deeply study and implement Xi Jinping Thought on Socialism with Chinese Characteristics for a New Era and the spirit of the 19th National Congress of the CPC, be a firm advocate, practitioner and communicator of spirit of patriotism, deeply study the internal logic in the 70 years’ historical reform of new China as well as the Party’s history and history of China, history of reform and opening up, and history of socialism development, understand the national situation, improve the competences and skills in the practice, and constantly strengthen the “Four Confidences”, some members of the First Party Branch of Masters of the Law School went to Zibo and Linyi in Shandong Province for a summer social practices themed on “Great Changes in China in the Eyes of Beijing’s Students” and “On Chinese Characteristics from the Perspective of Petroleum Industry in the 70th Anniversary of the Founding of New China”. 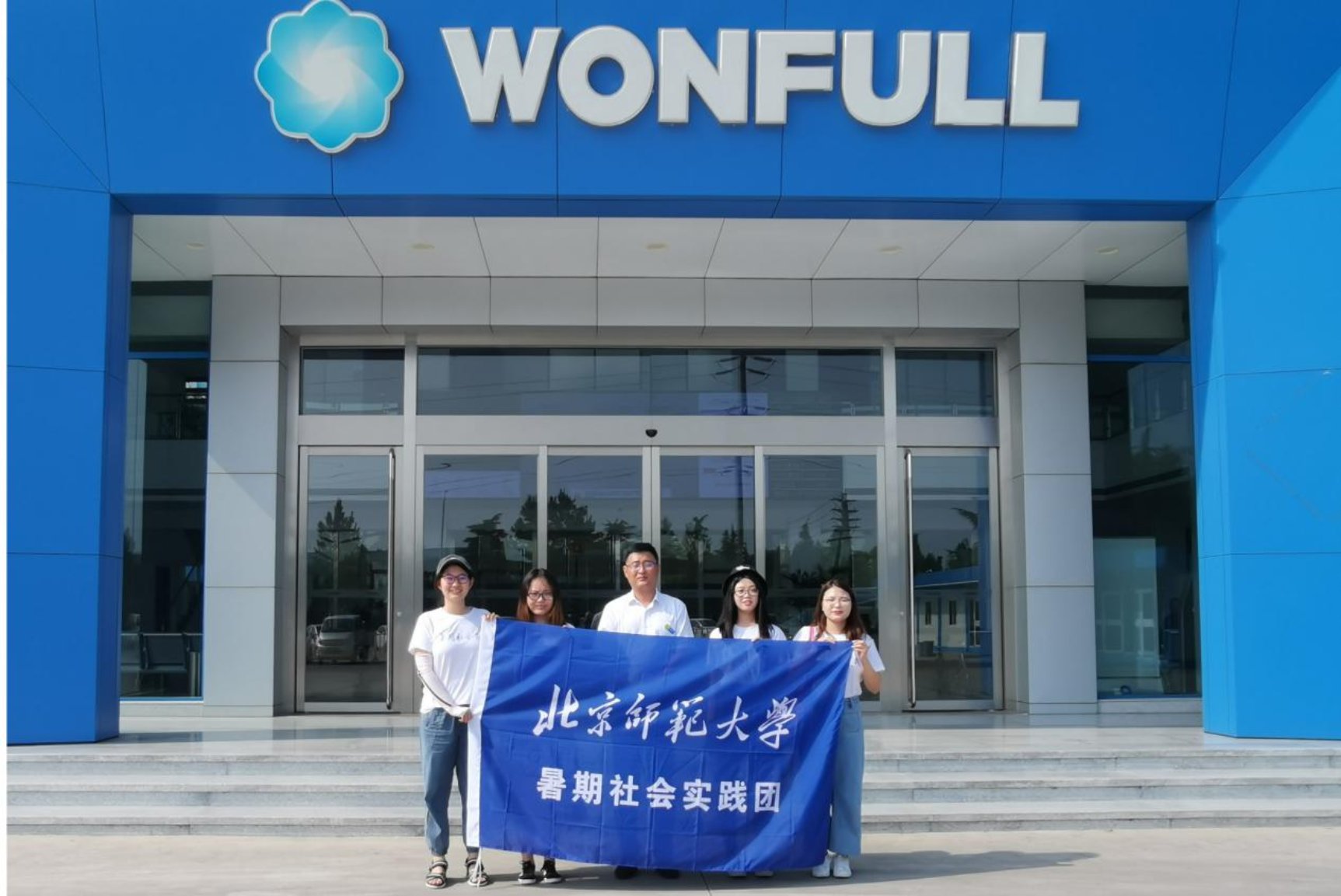 The practice team went to Qingzhou, Zibo and Linyi, visiting the Sinochem Hongrun Petrochemical Co., Ltd., Shandong Wonful Petrochemical Group Co., Ltd., Linyi Chamber of Commerce Gas Station 077. Guided by the staff, they entered the oil production front line, paid a visit to the oil refining factory, interviewed the enterprise staff at different positions, learned the development history and current situation of the enterprises, deeply understood the great impact of China’s prosperity and great changes in the petroleum industry since the founding of new China. 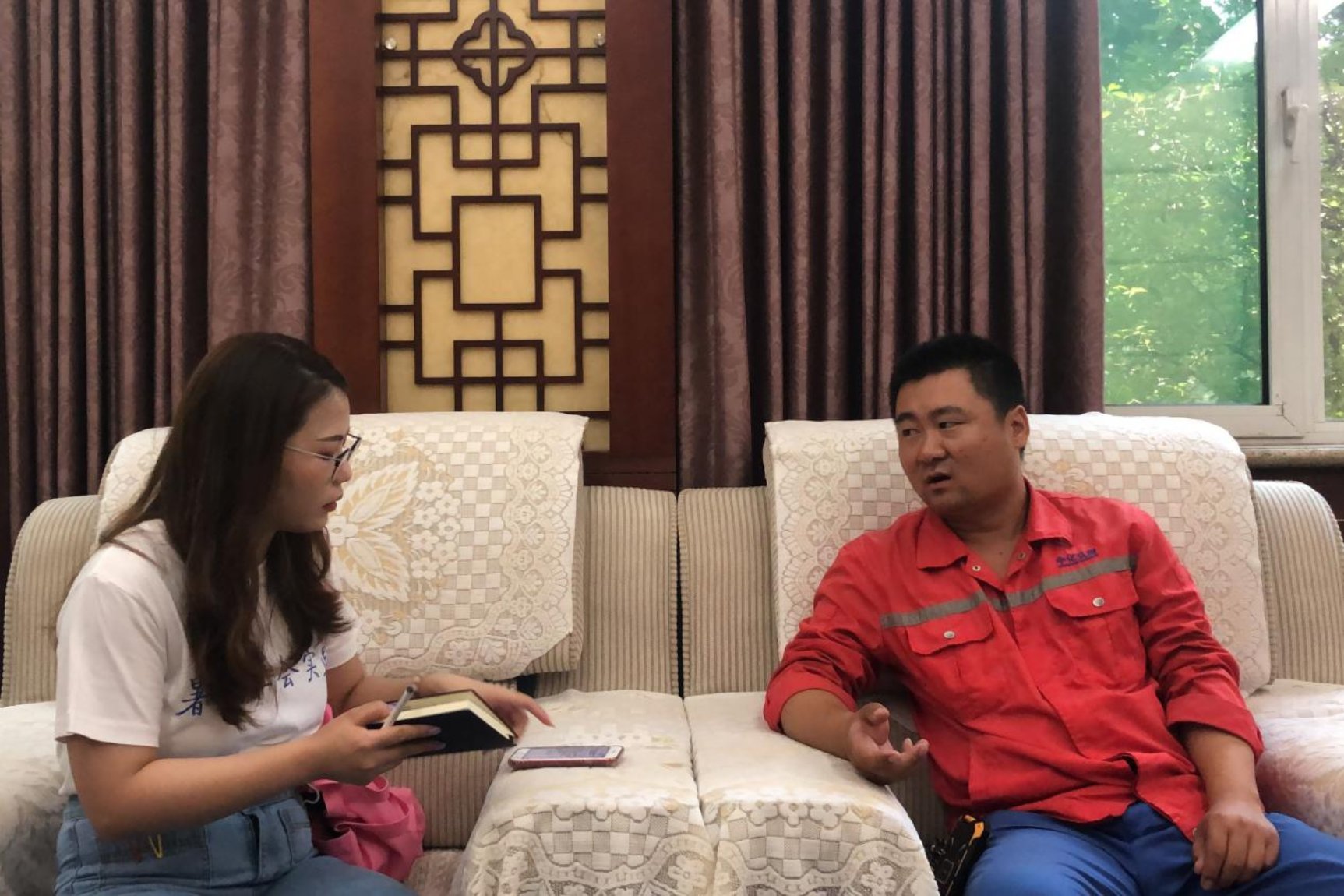 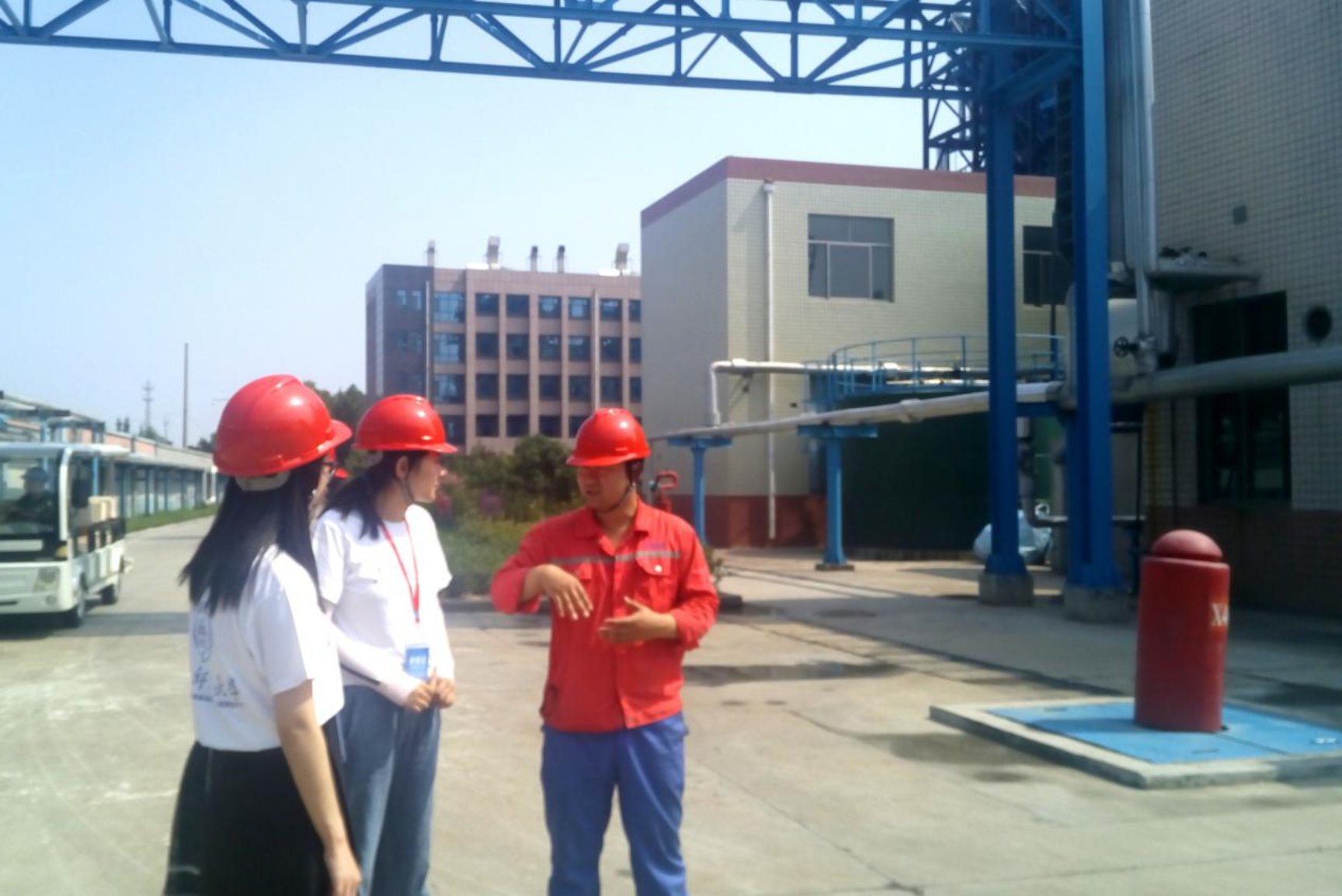 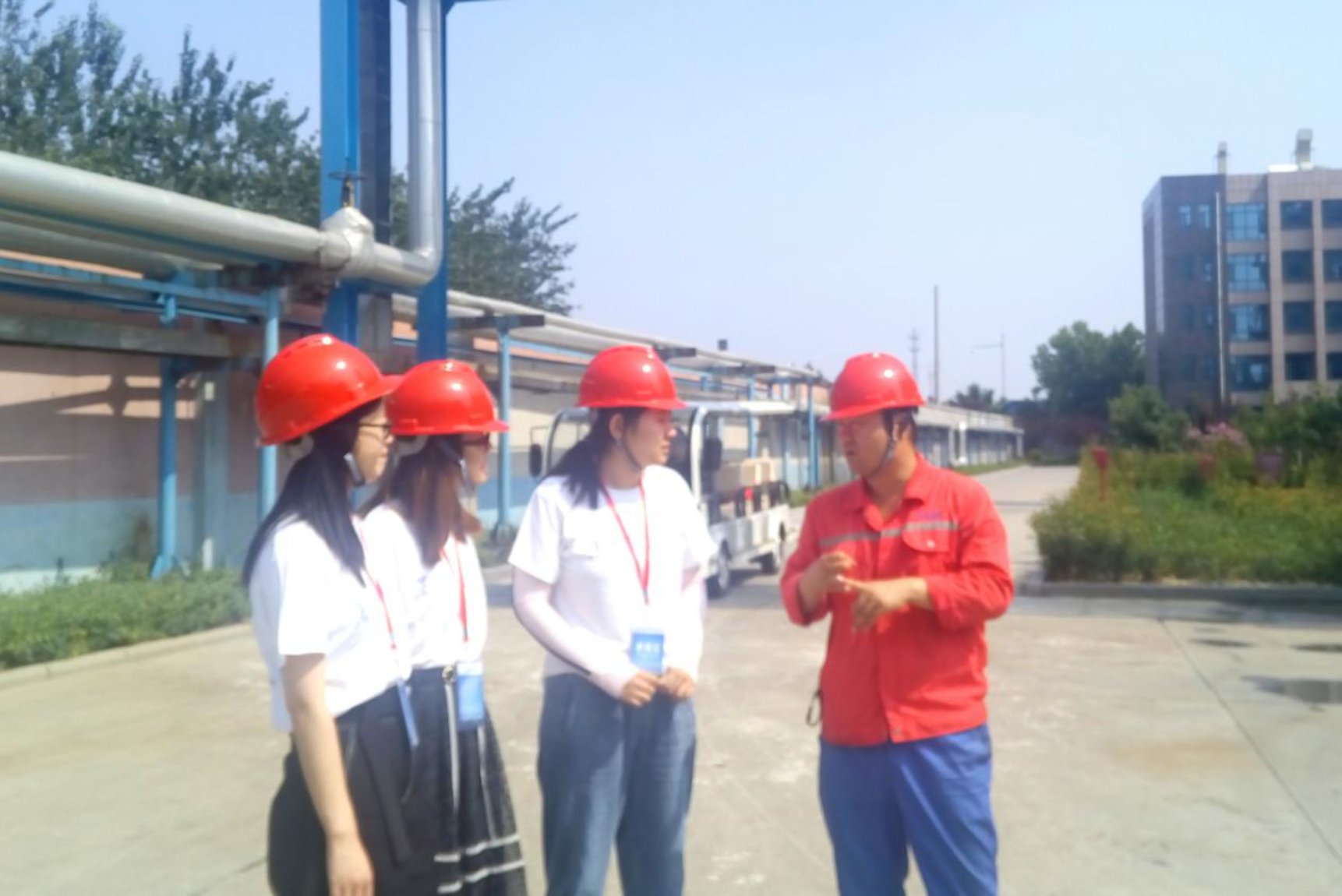 Following the pace of reform and opening up, Hongrun Group and Wonful have made a historic leap in enterprise development in the context of petroleum system reform and national petroleum policy support. Through a filed visit to Hongrun Group and Wonful, we reviewed the great changes and brilliant achievements of China since the founding of new China, especially the reform and opening up, in the development history of petroleum industry, summarized the accumulate important experiences and lessons and deeply felt the strong sense of pride from our motherland’s development and national rejuvenation. At present, the two enterprises actively responded to the call of the CPC Central Committee and take various measures to promote the supply-side structural reform. This has also enabled us to stand at the height of the times to have a comprehensive and multi-perspective thinking on major theoretical and realistic issues such as comprehensively deepening the reform in China. 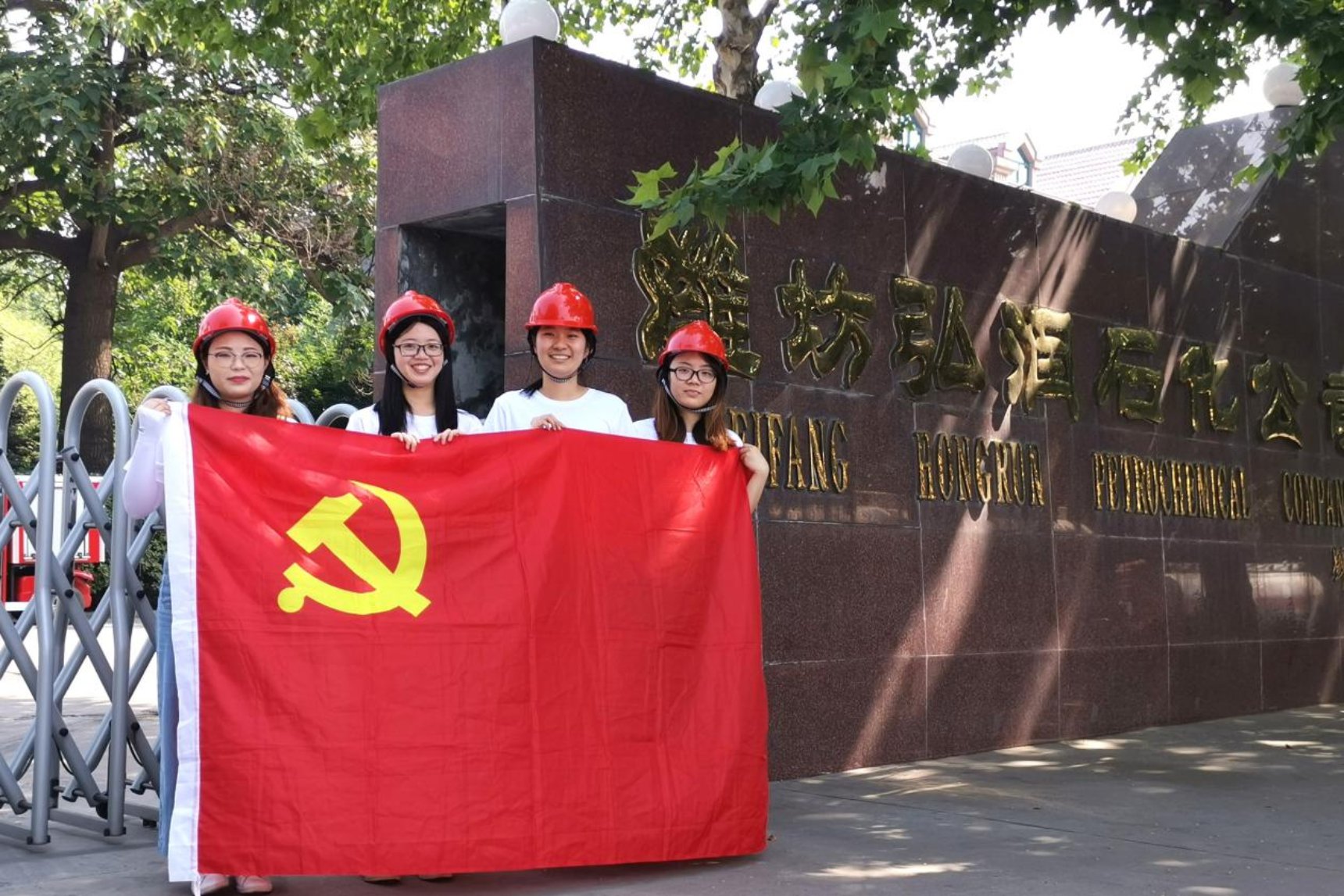 The practice has greatly benefited the Party members involved. Over the past 70 years, China's petroleum industry has made remarkable achievements; and China's petroleum industry has got rid of the difficult situation of low output and dependence on imports, and developed into a solid power for the economic and energy development of China and even the world. This is inseparable from the correct leadership and policy support of the Party, and also inseparable from the iron man spirit of generations of oil workers. Only a secure country can make people peaceful in mind. the older generation have created a brilliant road to rejuvenation, and a peaceful world for us. The great rejuvenation of the Chinese nation is still going on. We should not forget the history, but at the same time, we should also bear in mind that our motherland still needs our common efforts.