In order to deeply implement and learn Xi Jinping Thought on Socialism with Chinese Characteristics for a New Era and the spirit of the 19th National Congress of the CPC, President Xi Jinping’s important instructions on legal aid and the decisions and deployment of the CPC Central Committee and the State Council, develop competences and skills in social practice, strengthen the awareness of rule of law, awareness of responsibility and awareness of service, some members of the first Party branch of 2017 JM (Juris Master) went to Zhicheng Migrant Workers Legal Aid and Research Center for summer social practice. 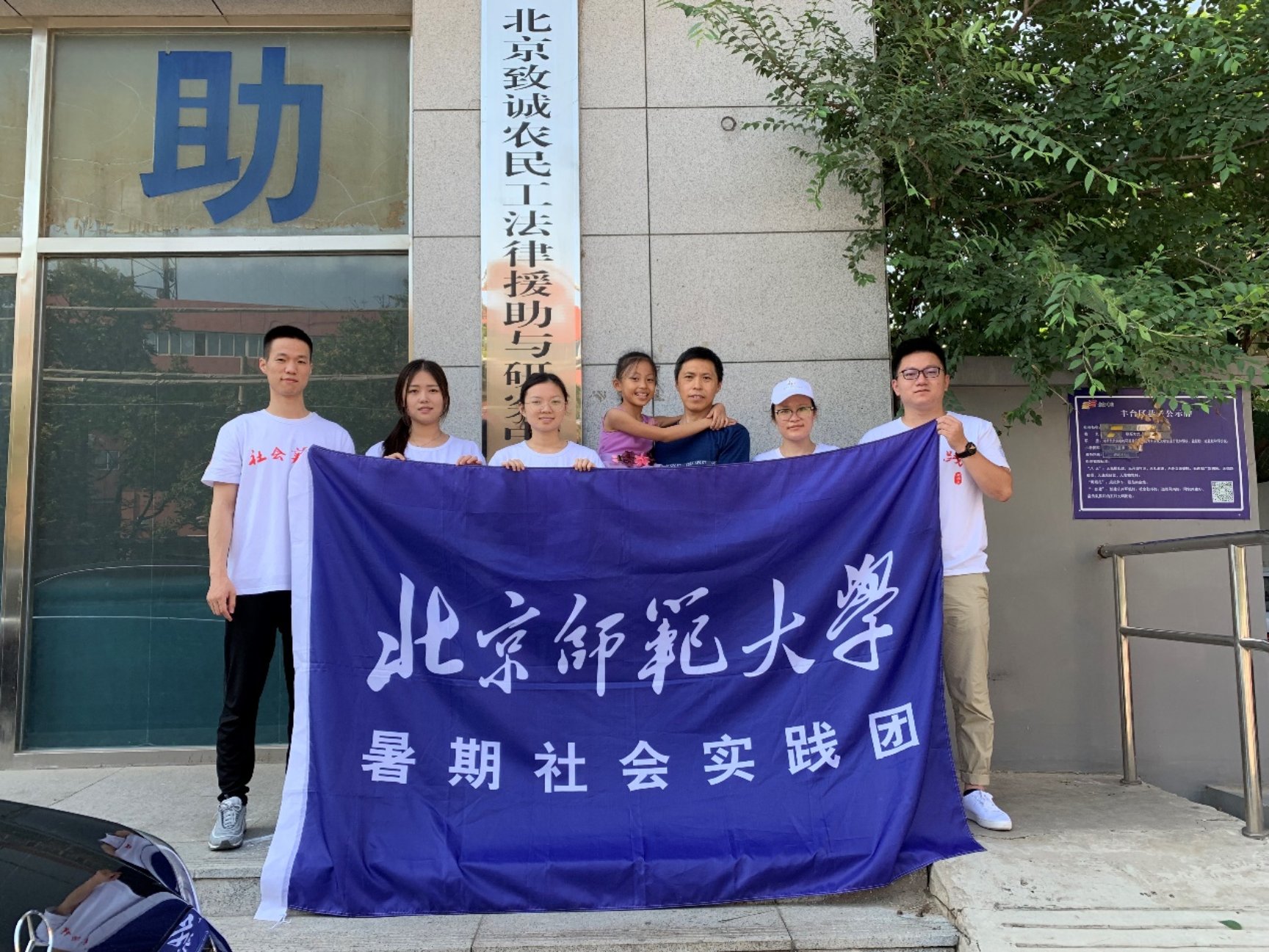 Beijing Zhicheng Migrant Workers Legal Aid and Research Center, formerly known as Beijing Migrant Workers Legal Aid Workstation, was established on September 8, 2005, and it is the first public welfare organization in China that relies on full-time public welfare lawyers to provide legal aid for migrant workers approved by Beijing Municipal Bureau of Justice. By the end of 2016, it had received nearly 80,000 legal consultations in Beijing, involving more than 200,000 migrant workers, handled over 10,000 cases, and directly benefited more than 10,000 people. Besides, it has actually recovered more than 160 million yuan of compensation for migrant workers in Beijing. The lawyer Party members of Beijing Zhicheng Migrant Workers Legal Aid and Research Center have provided assistance for the legal aid cause with their practical actions. On the basis of receiving a large number of cases, they have also participated in the formulation of laws and regulations such as the Law on Mediation and Arbitration of Labor Disputes and the Regulations on Work-related Injury Insurance.


The Party members practiced in the filing hall and telephone consultation platform of Beijing Zhicheng Migrant Workers Legal Aid and Research Center. Through practical observation in the filing hall, they found that cases of migrant workers were mainly labor remuneration disputes, industrial injury identification and compensation disputes, personal right infringement and injury disputes and so on. The main problems of the cases are that the migrant workers seriously lack legal awareness. For example, they went work directly based on verbal stipulations without signing the written labor contract; they did not keep the working evidence, such as punch card record and payroll voucher; they failed to identify the industrial injury in time, but chose private negotiations, which led to the expiration of time limit. These situations directly leads to the difficulty in substantive progress of relevant cases, and even if the legal aid conditions are met and professional help is provided, it is difficult for them to win. Of course, in the case of insufficient evidence or case delay, the lawyer on duty will advise the parties to take evidence actively, keep communication with the other party, track and learn the latest information of the case, put forward suggestions on handling, promote the further development of the case, and strive for the maximization of the interests of the parties receiving legal aid. 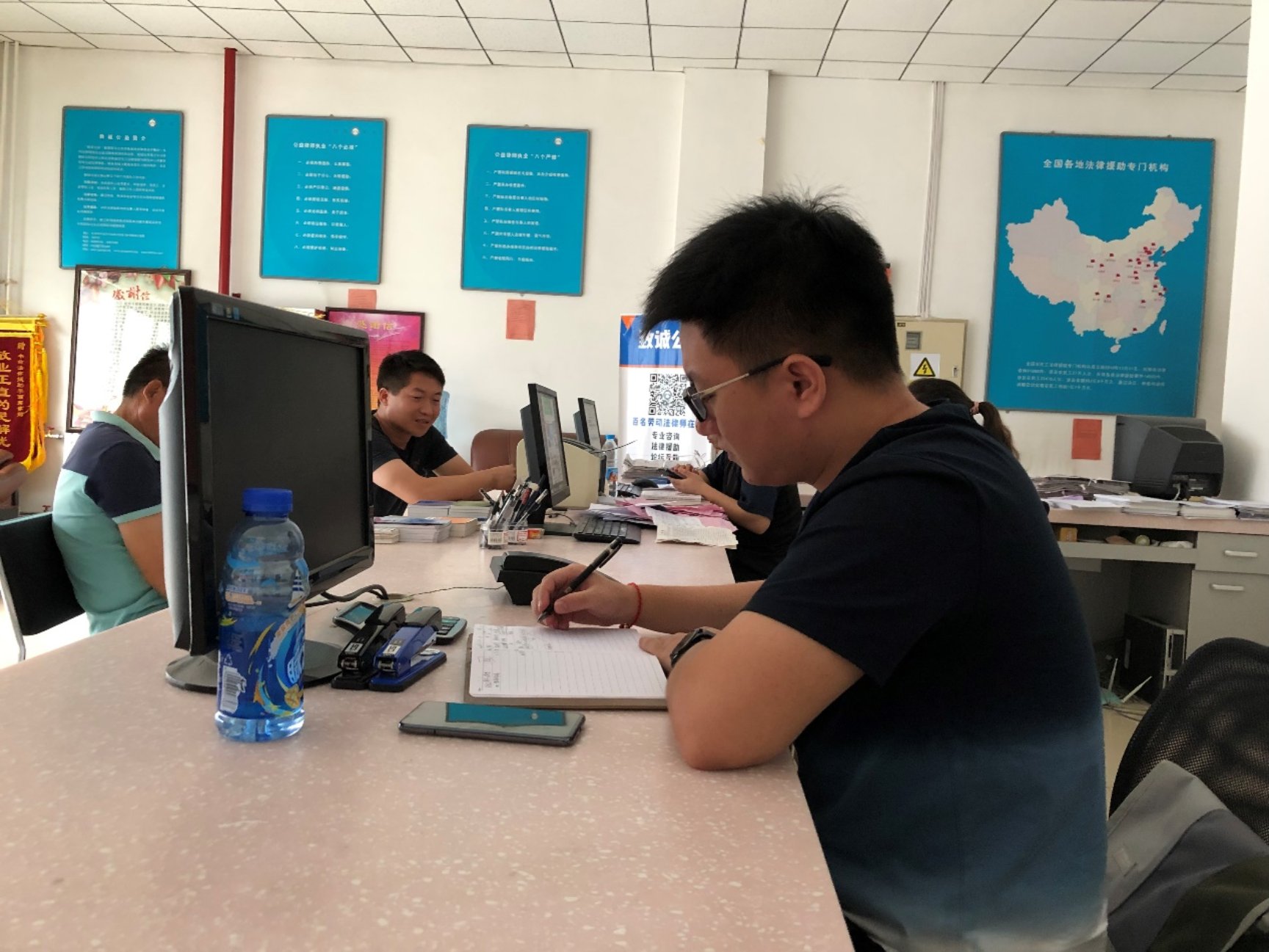 The Party members practiced in the filing hall. 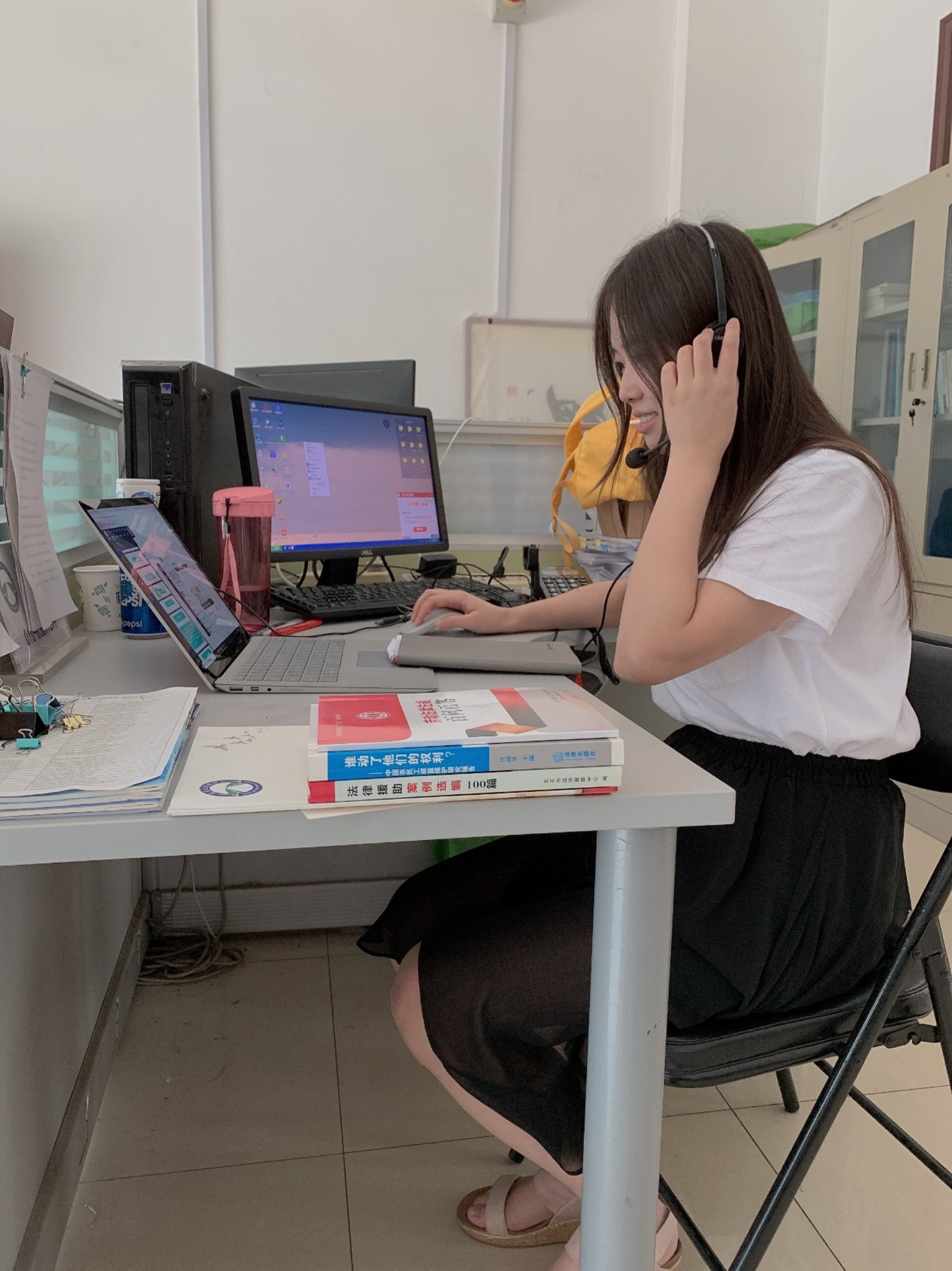 The Party members practiced in the telephone consultation hall

At the telephone consultation platform, Beijing Zhicheng Migrant Workers Legal Aid and Research Center has a special office with four hotlines for dealing with legal consultations. One of the hotlines connects 148 legal aid of People’s Court of Fengtai District, and experienced lawyers are on duty at the hotline every day, while the other three hotlines are usually answered by apprentice lawyers and intern students. As an important way of public welfare legal aid, telephone consultation is more convenient than face-to-face communication. Therefore, people from all over the country dialed the legal aid hotline to ask about various law-related problems they meet in life every day. In the two-week internship at the office of the legal consultation hotlines, it was found that the cases of migrant workers account for about 30% of the consultation cases every day. Many migrant workers got to know Zhicheng's legal aid hotline from other migrant workers. The main types of cases they call to consult are asking for wages from the contractors, demanding social insurance, compensation for work-related injury, etc. 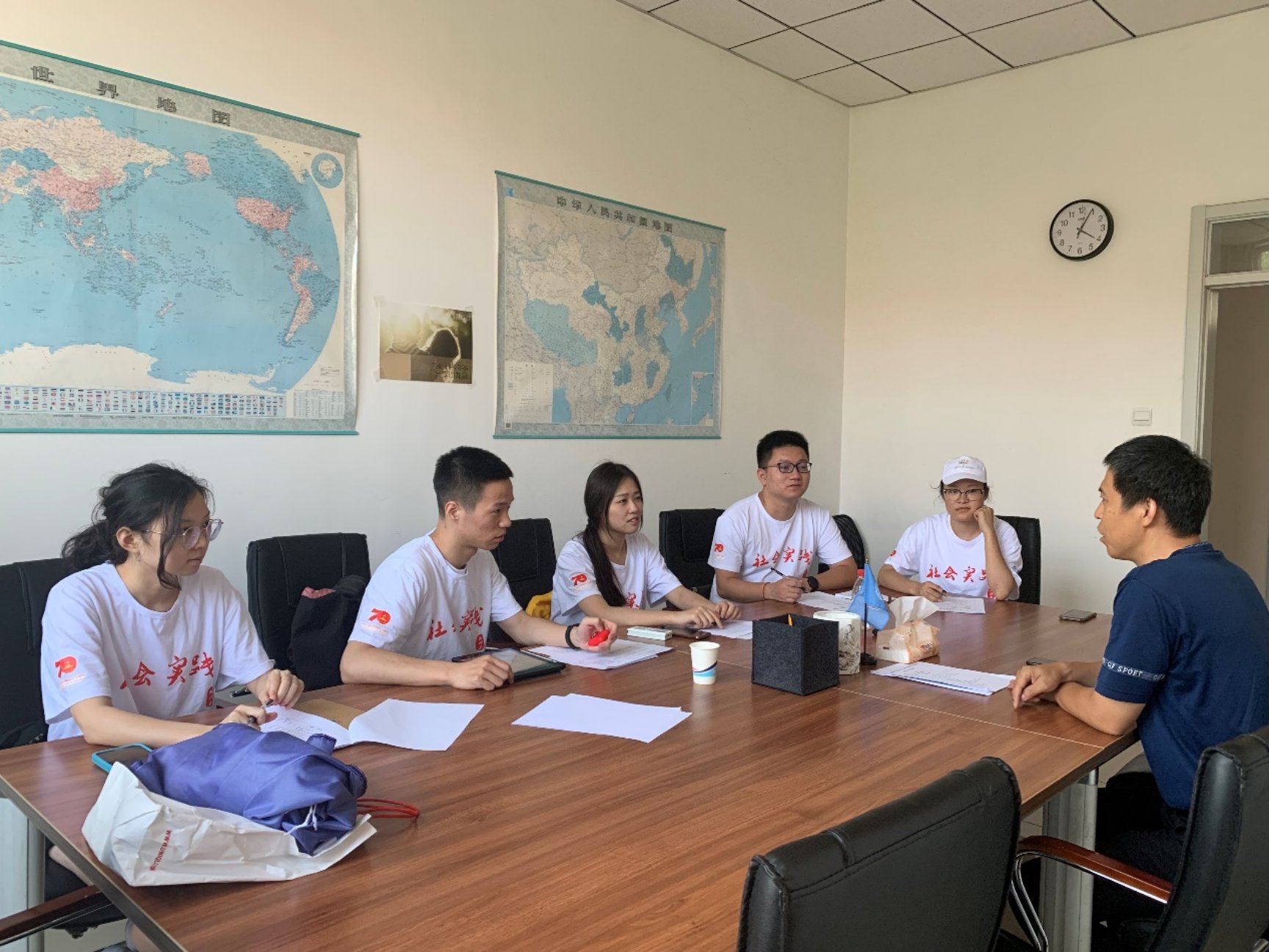 The Party members communicated with a lawyer.

Since the 19th National Congress of the CPC, President Xi Jinping has issued important instructions on legal aid many times, stressing the need to increase legal aid for people in difficulty in safeguarding their legitimate rights and interests. After more than a month of practice and study, the Party members have more deeply realized that the legal aid system is not only the protection of the rights and interests for people with economic difficulties and the parties involved in special cases, but also an important heart-warming people’s livelihood project. The members of the First Party Branch of 2017 JM said they would work hard to learn cultural knowledge and professional skills, just like lawyers from the Beijing Zhicheng Migrant Workers Legal Aid and Research Center, to make contributions to building the socialist rule of law. 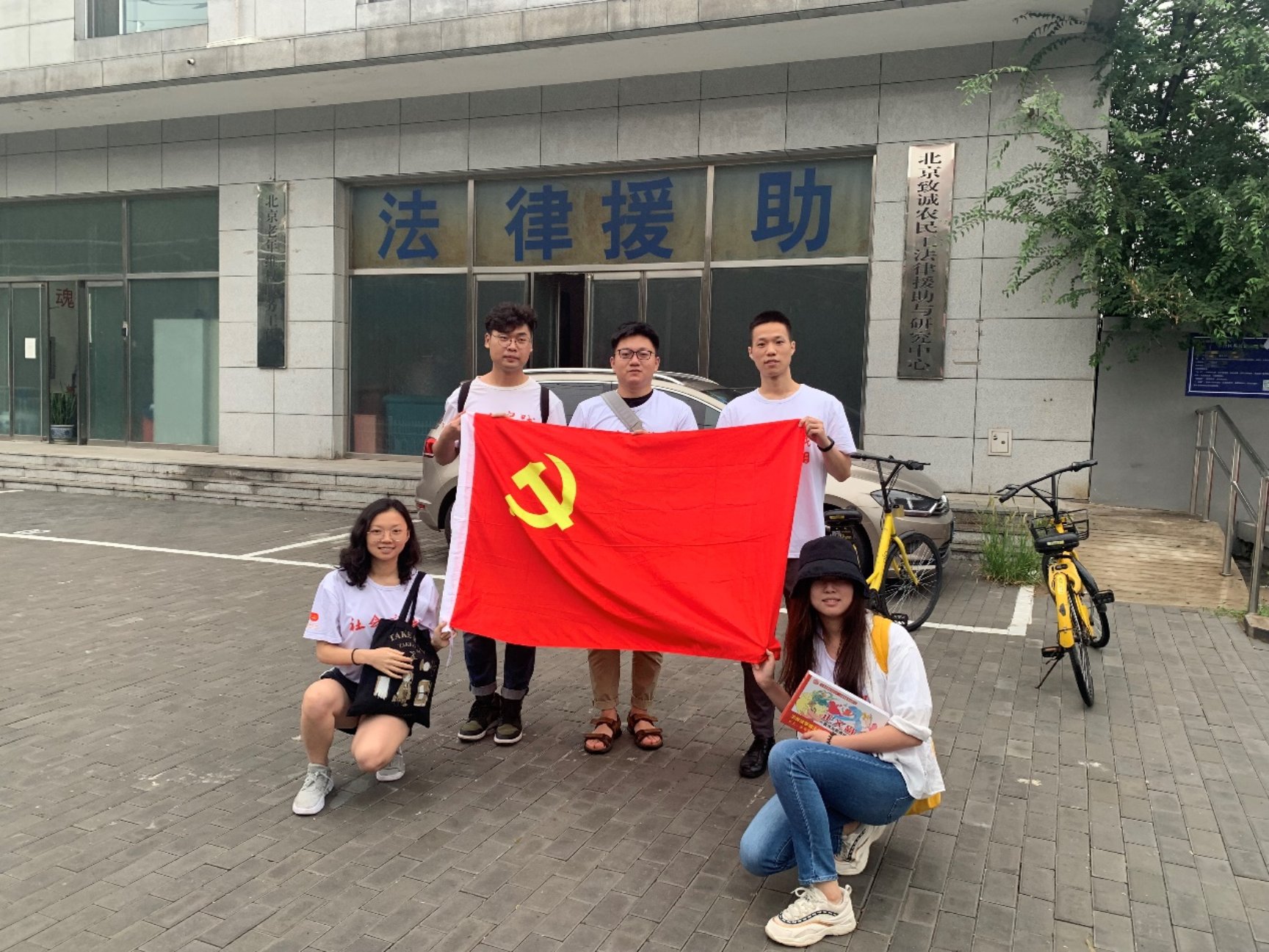