From an official point of view, China's strong infrastructure capacity has promoted the increase in the number of foreign contracted projects in China, and infrastructure projects often require a large number of skilled workers. Therefore, a steady stream of outbound workers are accompanying China's infrastructure technologies to go abroad. From the folk point of view, the increasingly active international trade and investment has also catalyzed many foreign labor cooperation enterprises and overseas employment agencies. These companies help people who have the willingness to leave the country to establish platforms with foreign employers or companies, and also promote our country. Foreign labor cooperation.

In the course of nearly 20 days of practice, the summer practice team of “Establishment of Overseas Labor and Escorts” went to Qingdao, Chengdu, Wuhan and Beijing to conduct research and study, and learned about the real work situation of overseas workers from the front line of the industry.

After a detailed plan was prepared and sufficient materials were prepared, the practice team members set off on July 9 to go to Qingdao for research. Due to the tight schedule and heavy tasks, the members of the practice team did not dare to waste time. They used the waiting time to distribute questionnaires at railway stations and McDonald's. 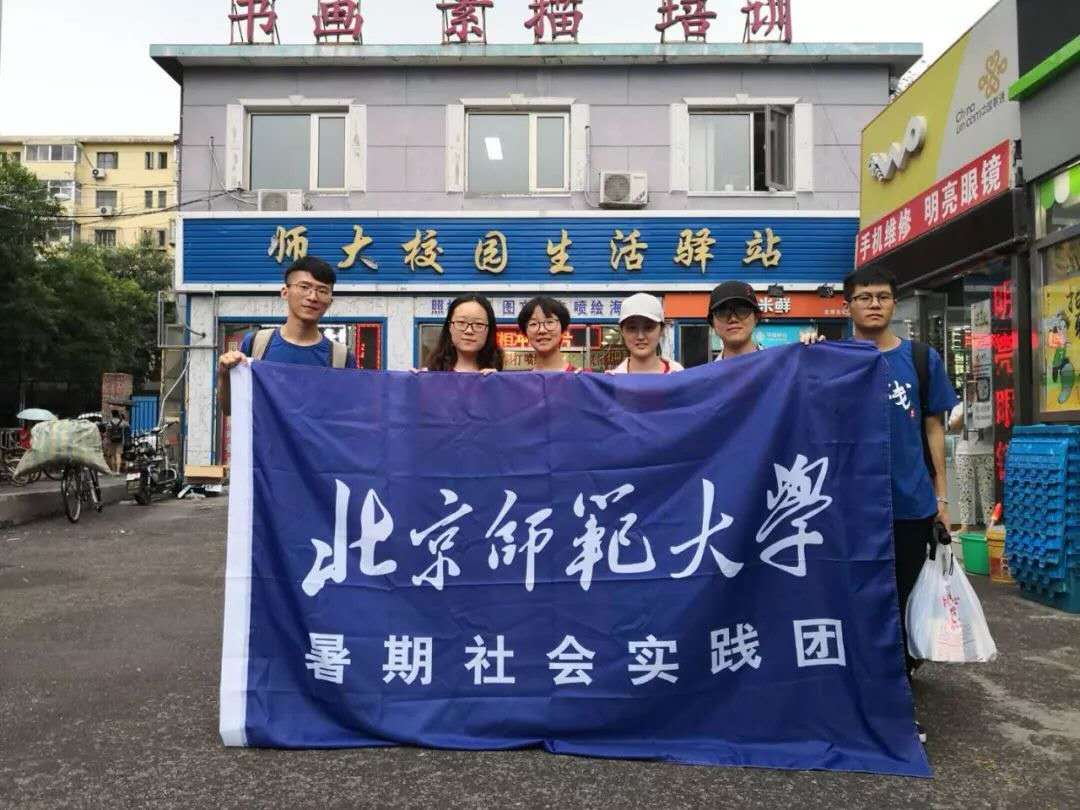 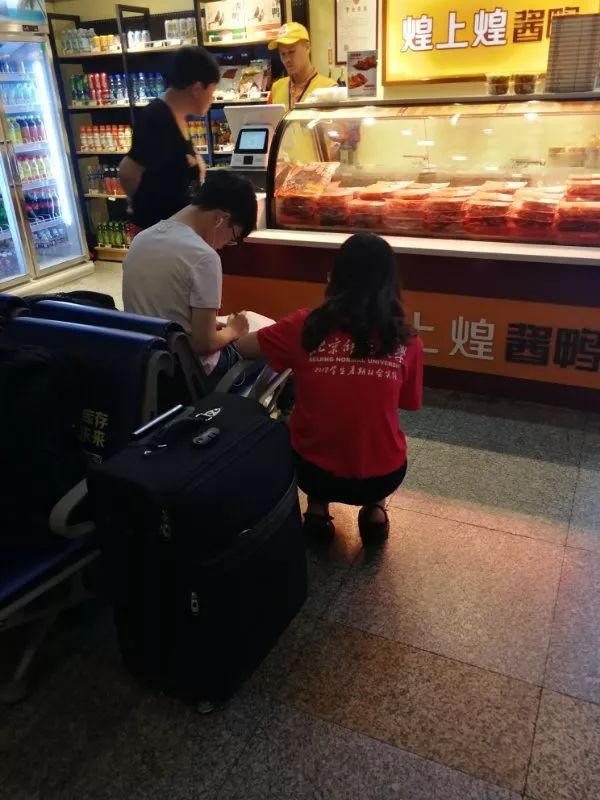 The practice team first arrived in Qingdao, where the number of expatriate laborers was huge. During the four-day practice research, the practice team members interviewed the chairman of two of the larger foreign labor service companies in Qingdao: Qingdao Huantai Economic Cooperation Co., Ltd. and Qingdao Syndicate International Economic and Technical Cooperation Co., Ltd.; the team members also visited the Labor Abroad Training School of Huantai Company and conducted face-to-face interviews with some laborers; in addition, the practice team also contacted the two directors of the Qingdao Municipal Bureau of Commerce. In the industry status, laws, regulations and policies, the two directors conducted in-depth study and exchanges. The two directors used the government management as the starting point to answer many questions, and members felt that they benefited a lot. On the last day of Qingdao, players Arrived at the local history museum in Qingdao, and learned the historical track of Qingdao's foreign labor cooperation and development from local literature. 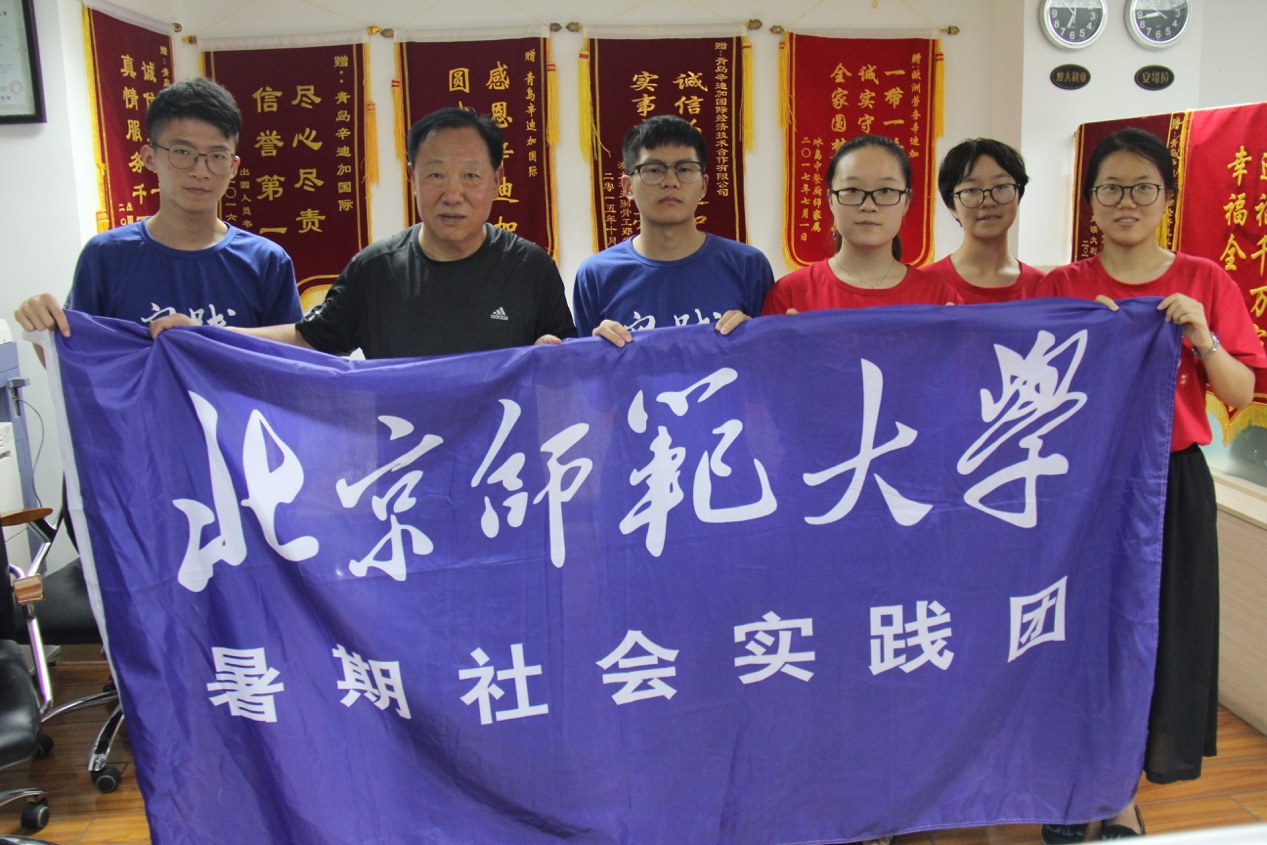 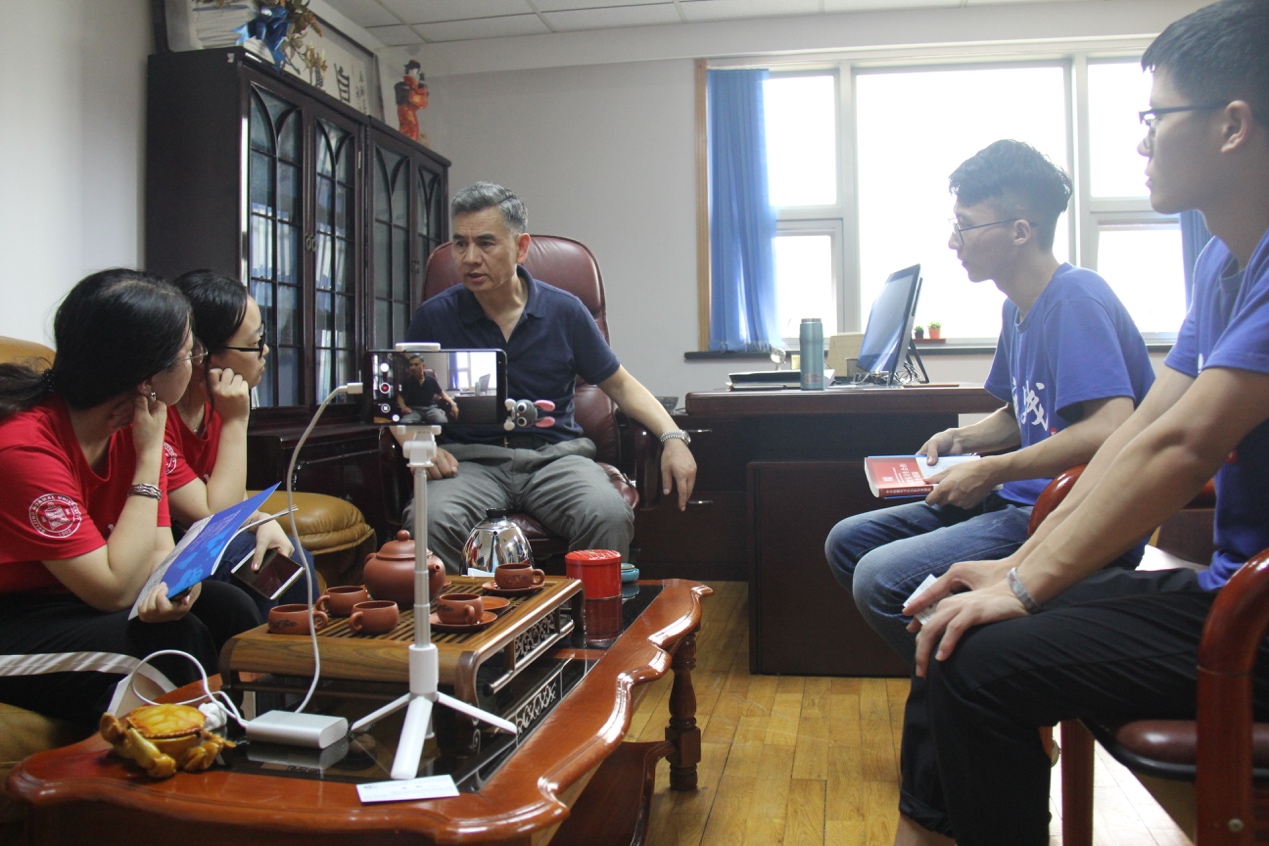 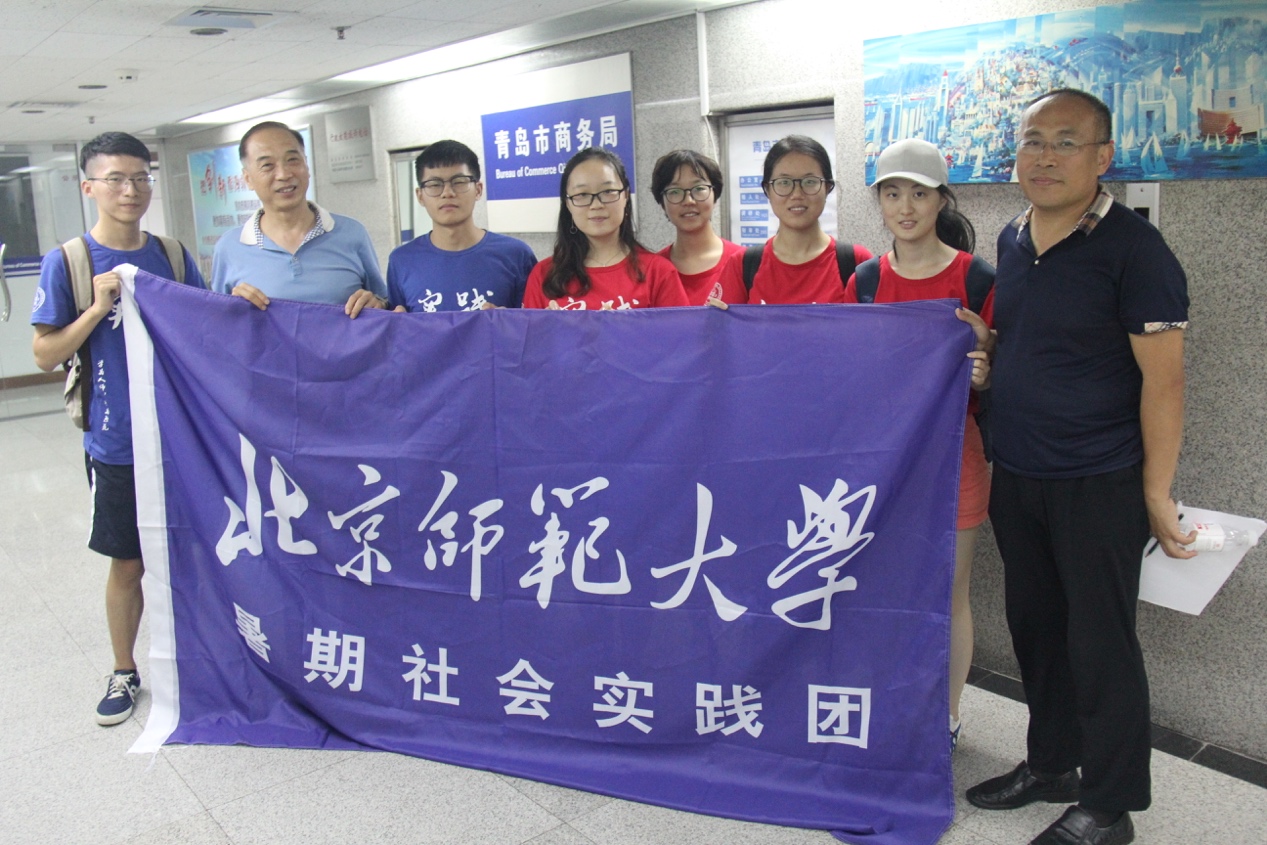 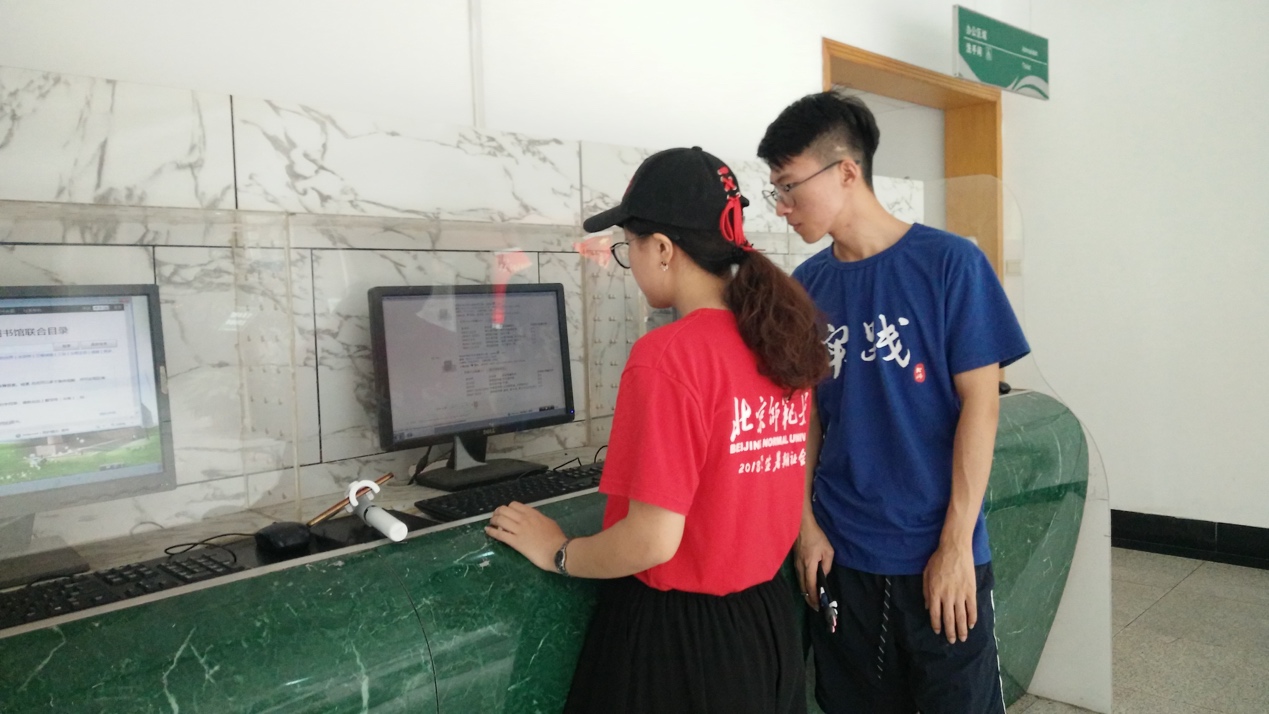 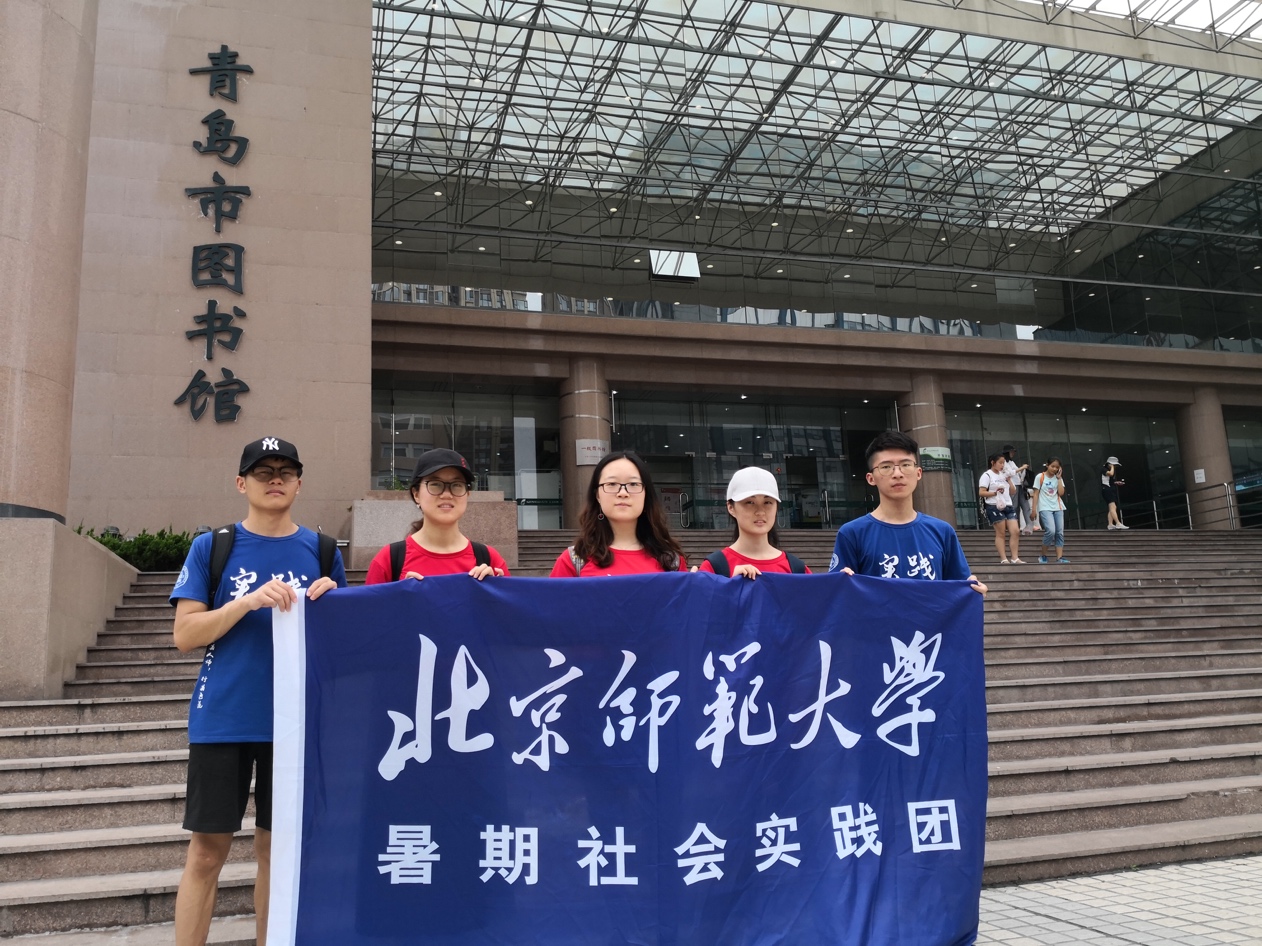 The second stop of the practice was Chengdu Station. The members of the practice team interviewed Sichuan Qingyi International Economic and Trade Co., Ltd., Sichuan Xinli Labor Service Co., Ltd. and Sichuan Xinli Labor Service Co., Ltd., and interviewed the person in charge of Sichuan Chuanbao Economic and Trade Co., Ltd. Ms., she exchanged views with various business owners on government policies, understood the difficulties faced by enterprises, and laid the foundation for finding out the root causes of the difficulties faced by overseas workers. The “Belt and Road” strategy has brought many development opportunities for these enterprises, but while seeking opportunities, risks have also followed. How to choose between risks and benefits is perhaps a question that many foreign labor cooperatives are thinking about. .

The team members also went to the Chengdu Library and the Sichuan Provincial Library to find relevant information and understand the history and development status of Chengdu's foreign labor cooperation. At the same time, the team members also interviewed relevant staff of the Chengdu Overseas Employment Service Center to discuss the reasons for the sluggish development of foreign labor cooperation in Sichuan this year. 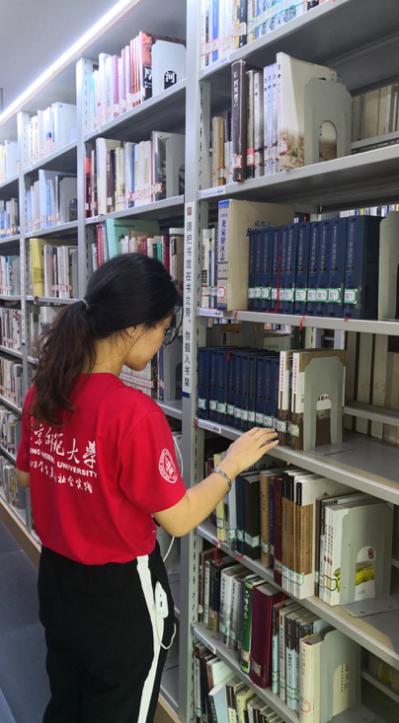 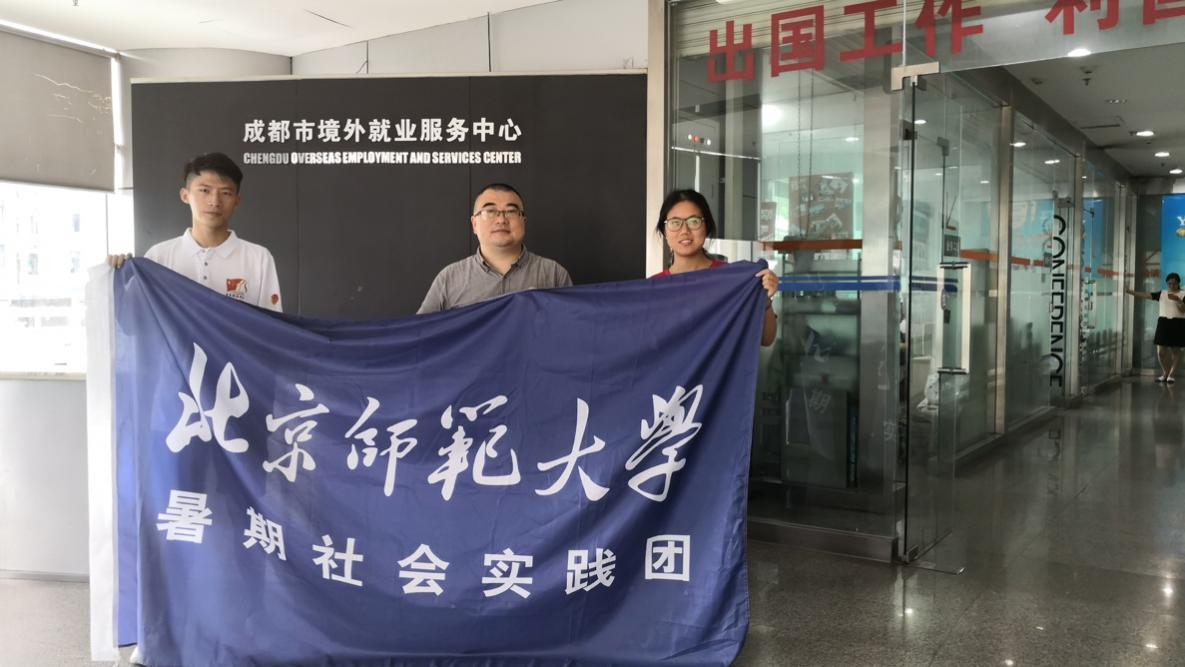 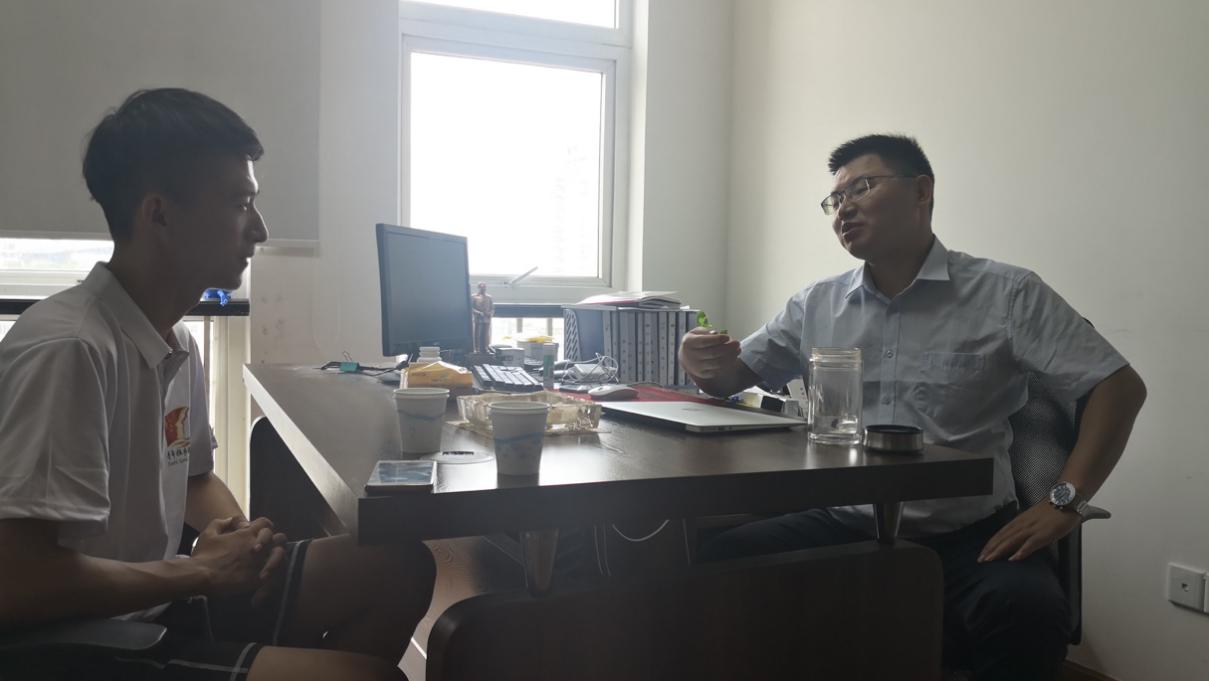 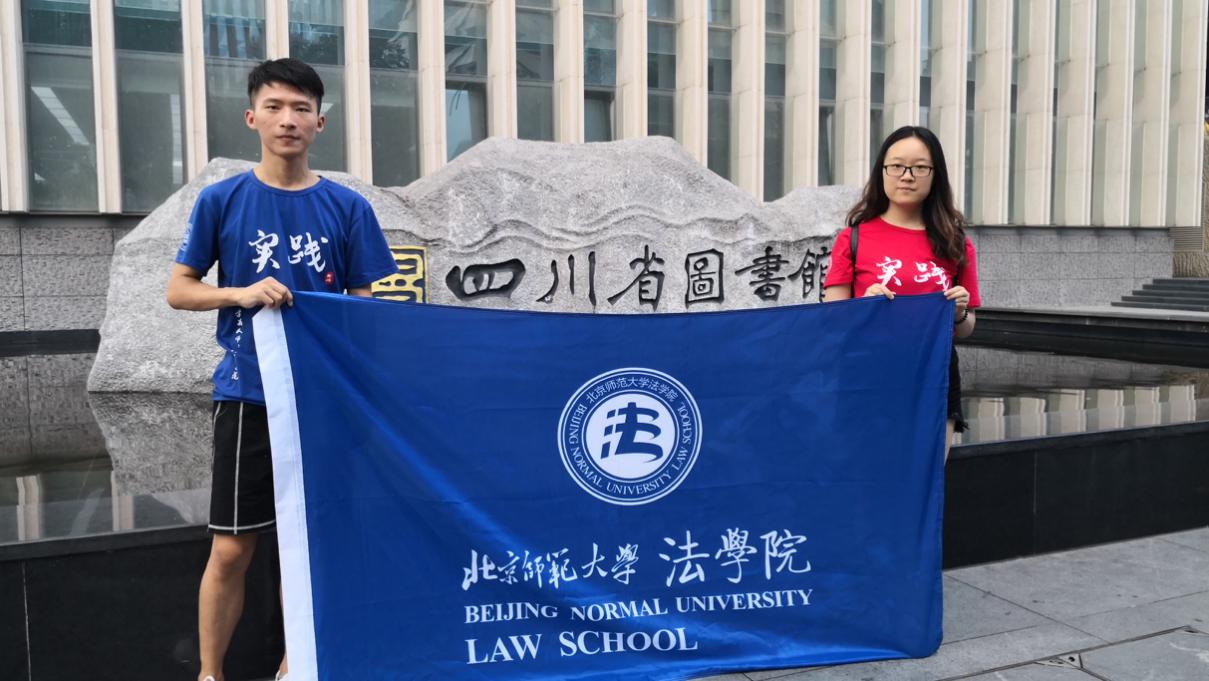 After the Chengdu investigation, the members of the practice team did not stop, and then went to Wuhan for research. In this research, the practice team will focus on the foreign contracted engineering module, focusing on interviews with several enterprises involved in the foreign contracted engineering business, such as the Central South Electric Power Design Institute, etc. The laborers who work overseas through this way are working abroad through the intermediary. The number of workers is ten times. Due to imperfect laws, the company has also received many restrictions on its own development. This has opened up new paths for players to understand the situation. 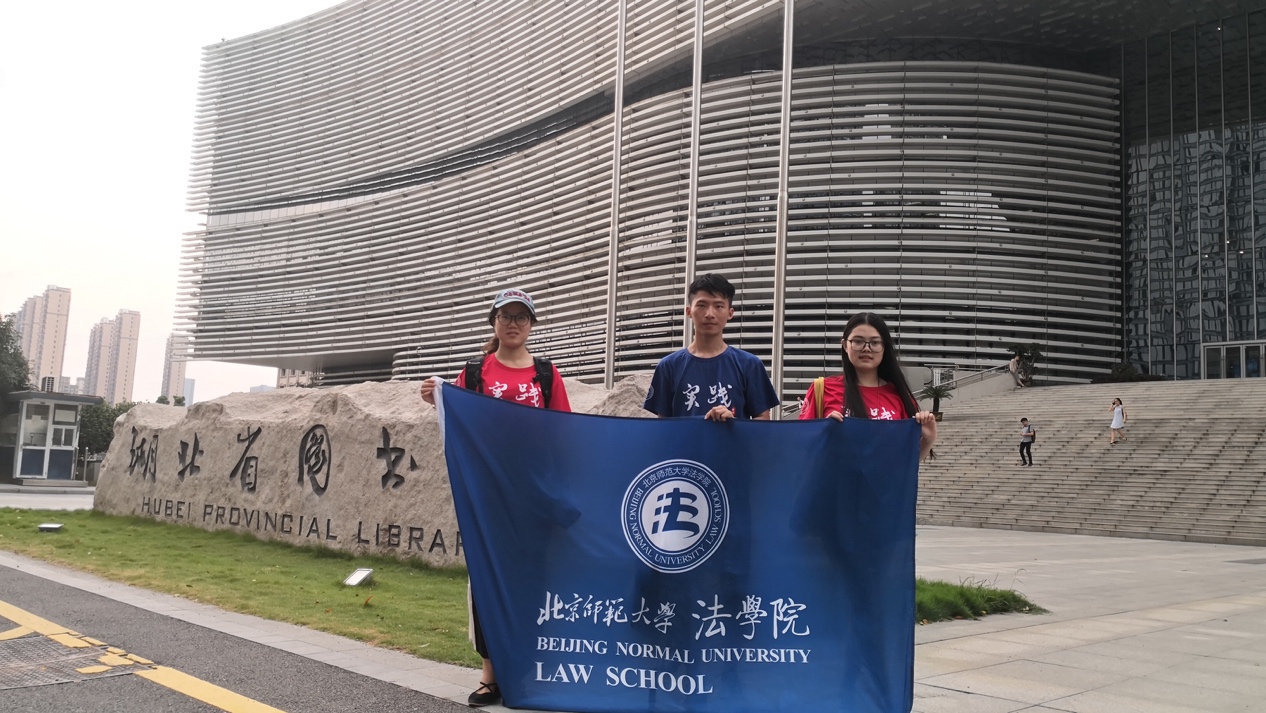 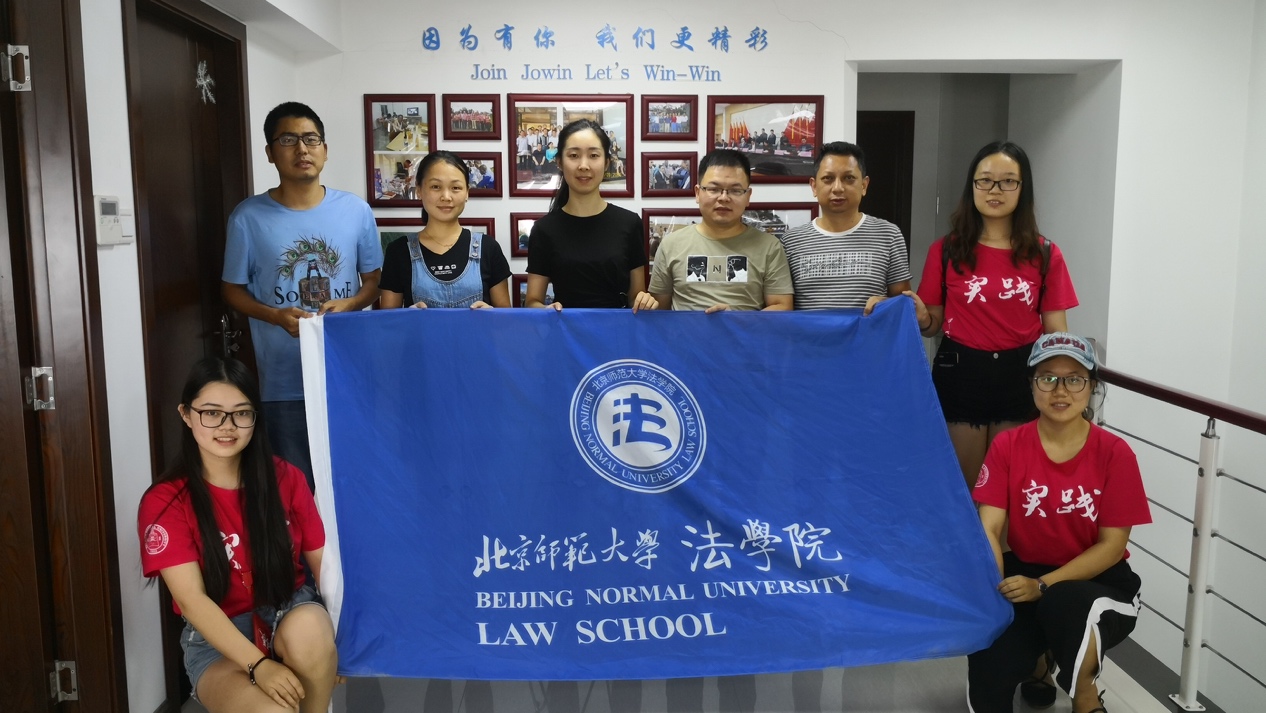 From August 30th, the research task of the summer practice team of "Illegal Overseas Workers Escorting the Belt and Road" has been completed. Since the "One Belt, One Road" strategy was put forward, China's foreign economic and trade cooperation has made great progress, and economic development cannot be separated from people-oriented. It pays attention to the development of foreign labor cooperative enterprises according to law and cares for the legitimate rights and interests of overseas workers. It is a youth student serving the "Belt and Road" "The important way of strategy is also the expression of the social responsibility of young students. In this research activity, the team members have increased their knowledge and exercised their practical ability, and have gained a deeper understanding of the protection of overseas labor rights, foreign labor cooperation and the status quo of overseas contracting engineering industry. All members of the team participated in different practice sessions and got exercise. We feel the people's vision of pursuing a better life in the depths, and listen to the voices of the pioneering entrepreneurs. We understand the rationality and doubts of the policy and explore better legislative proposals. I believe that this practical event will be a highlight of all members of this summer vacation.

Summer practice is a hard work: collecting questionnaires, interviewing relevant personnel, consulting relevant laws and regulations, and collating relevant documents... But “a journey of a thousand miles begins with a single step.” Only by personally investigating and understanding, can you get the freshest Live first-hand information. As General Secretary Xi Jinping said: "Achieving the goal of building a well-off society in an all-round way, realizing socialist modernization, and realizing the great rejuvenation of the Chinese nation requires a group of talented people with both ability and political integrity to fight for it. Hardships and hardships, Yu Yu Yucheng. The youth generation of the motherland has the ideal, the pursuit, the responsibility, and the youthful power of the Chinese nation to achieve a great rejuvenation. "As a new force in the motherland, we should look up to the stars and down-to-earth, think about what young people think, do what young people do, and constantly cultivate scientific research capabilities, and go further and further on the subject of research.