Fengdu is a small city built along the river, 172 kilometers downstream of the main city of Chongqing. As early as three thousand years ago in the Zhou dynasty, Fengdu was the second capital of Bazi. After baptism of a long history, it became a ghost city famous for its ghost culture. In ancient times, relying on the rich ghost culture, Fengdu Pingdu Mountain incensed throughout the year and enjoyed frequent religion fete. Almost every year, a number of grand temple fairs would be held there, thus forming a unique tradition of pilgrim association. Since modern times, Fengdu temple fair has been declining and even stopped for a time. Later in 1988, the public organized a new Fengdu temple fair on the third day of the third lunar month spontaneously. The tradition lingered to this day. In 2014, Fengdu temple fair was listed in the national intangible cultural heritage protection list. With the desire to explore this small mysterious city, Fengsushiqu research team set foot on this hot land formally on August 10, 2018, beginning the exploration of ghost culture and temple fairs. 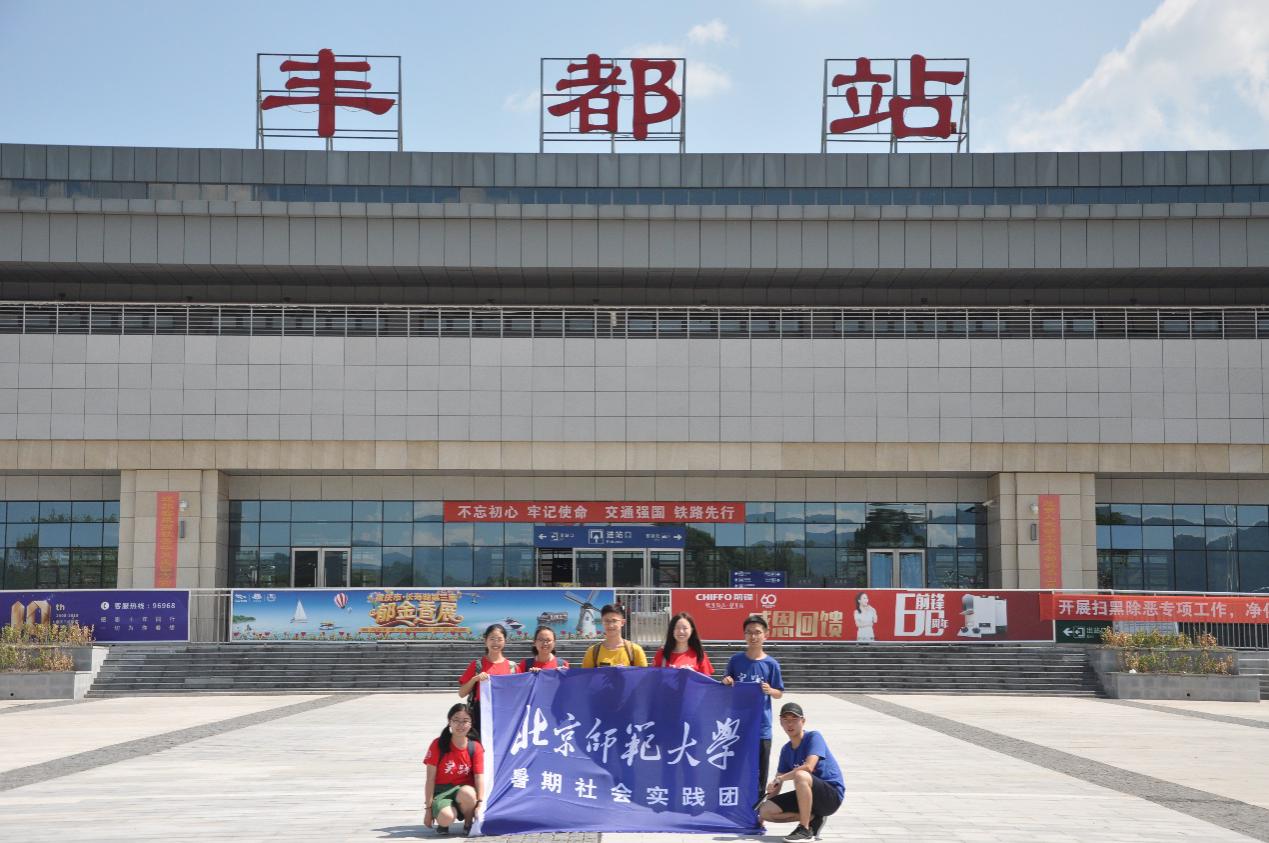 August 11, 2018: All members of Fengsushiqu research team first chose to go to Ming Mountain (formerly known as Pingdu Mountain) scenic spot to start the research of the first day. There are two ghost culture concentration areas in Ming Mountain scenic spots: One is the long stone steps in front of Guimenguan, on both sides of which stand a lot of stone carving of ghosts, such as Pishan ghost, Zhuhai ghost, Shirou ghost, Yecha ghost, Chang ghost, etc.; The other is the “ghost city” behind Guimenguan, where stand the most important buildings such as Tianzi temple, Wangxiang terrace, and east and west hell. According to the survey results of previous scholars, the temples on Ming Mountain were mainly built after the Qing dynasty before 1935. Later, due to war and “ultra-left” thought, the temples on Ming Mountain were ruined and the statues were destroyed. After the reform and opening up, Fengdu county government started the difficult restoration and rescue work on the basis of the original materials, refurbishing the bricks, tiles and walls and rebuilding the temples and statues. Most of the remaining temple relics have been expanded or even rebuilt. Faced with the loss of cultural relics, members of the research team could not help but regret. 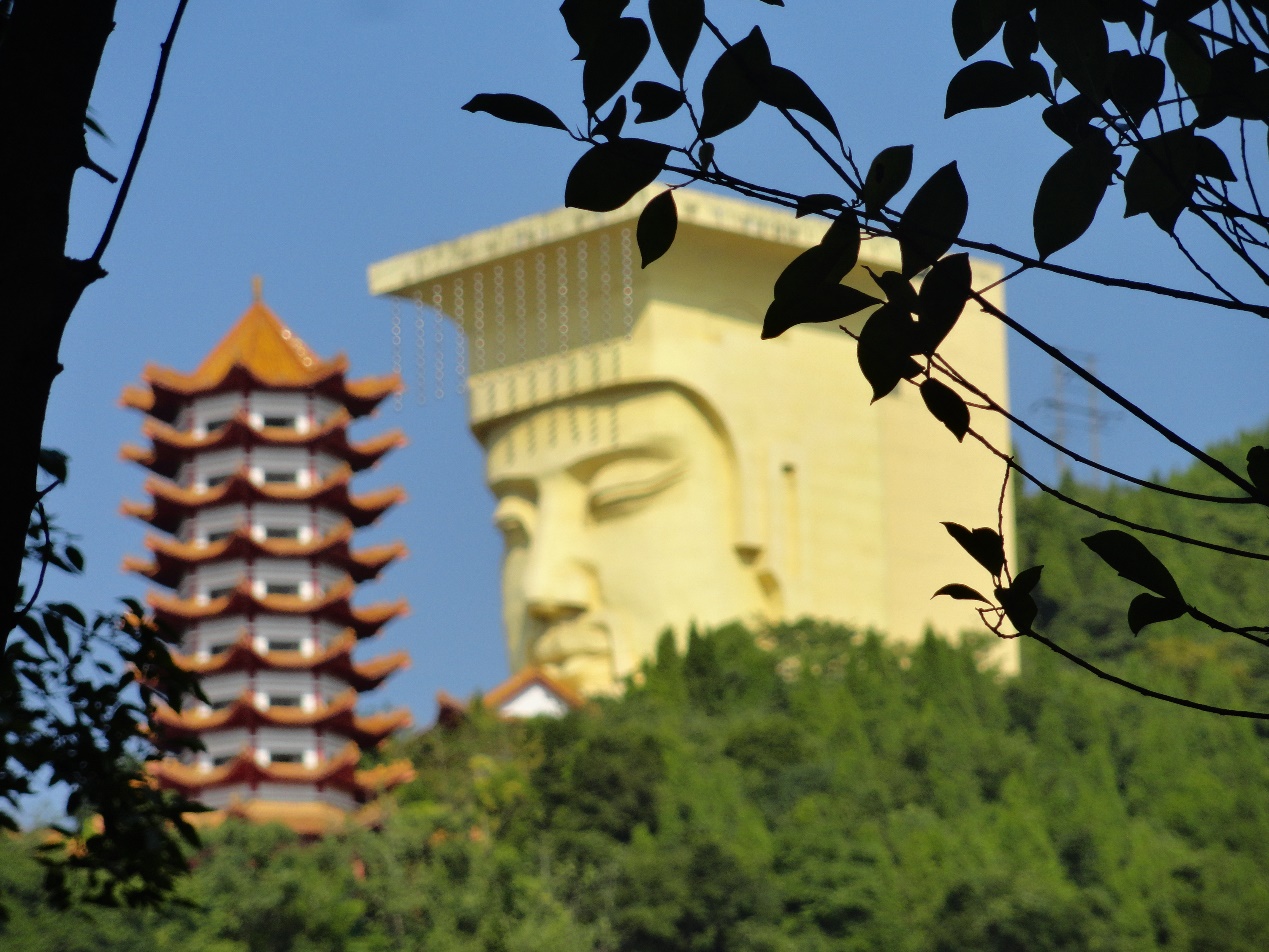 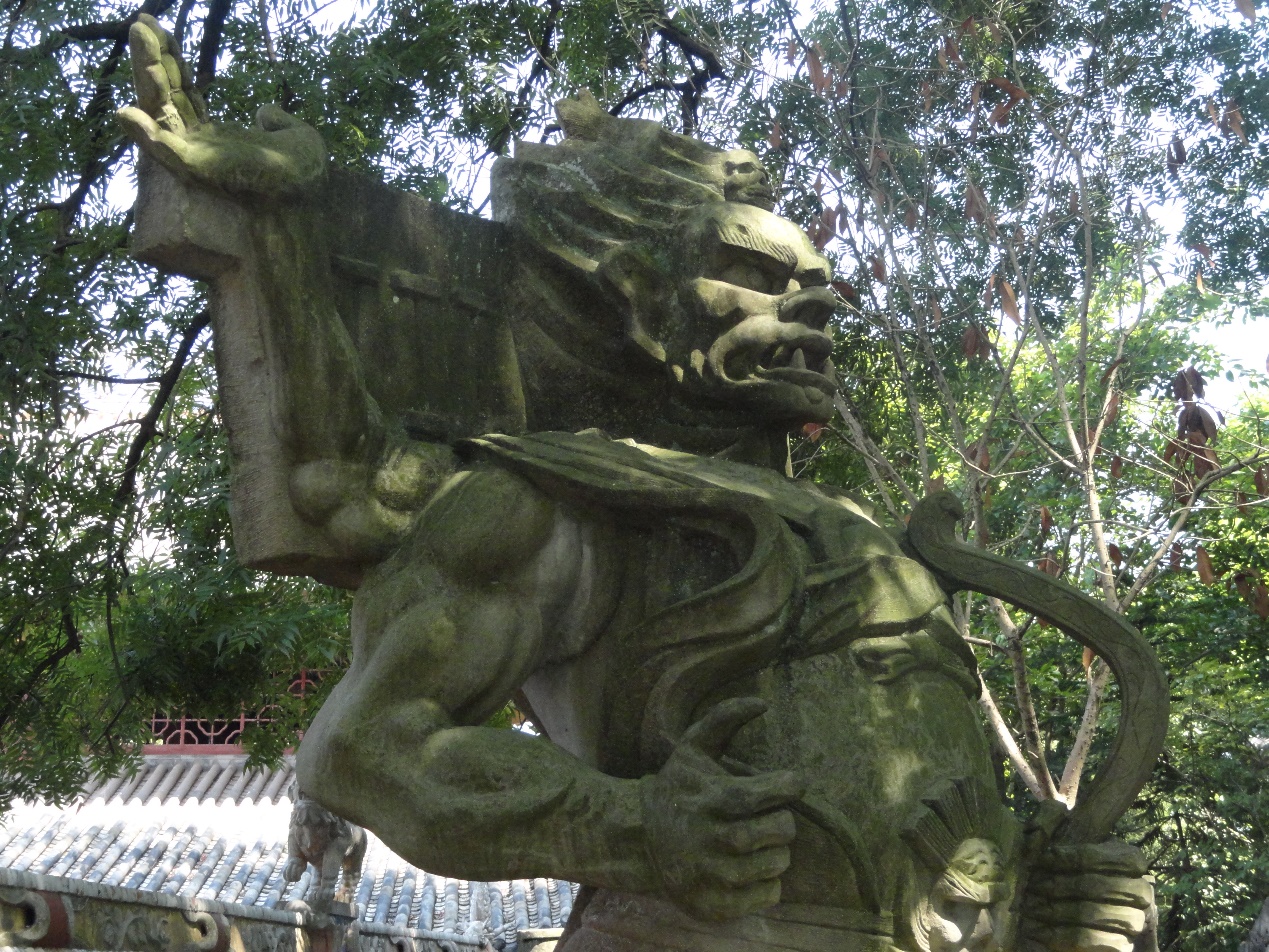 August 12, 2018: After collating the rich information of the first day's visit to Ming Mountain scenic area and preliminary understanding of Fengdu ghost culture, the members of the research team began to modify the questionnaire. In order to measure the influence of ghost culture on local people, all the members worked together to make a questionnaire including a variety of question types, such as multiple choice, identification, gap filling and essay question, and started the first day of questionnaire distribution. Faced with the strangers who spoke Chongqing dialect, some of the members were at a loss and some were shy, but they still took the first step with courage. Nearly 20 questionnaires were collected in just one and a half hours. After returning to the residence that evening, the intense questionnaire statistics work began. 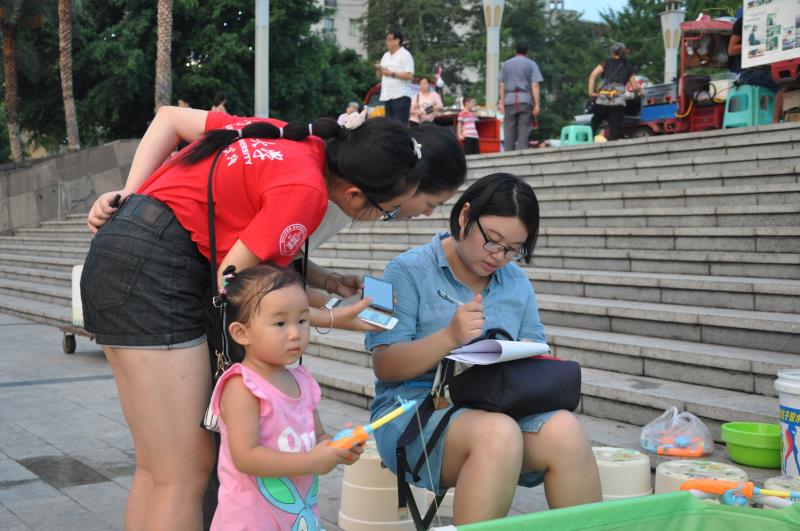 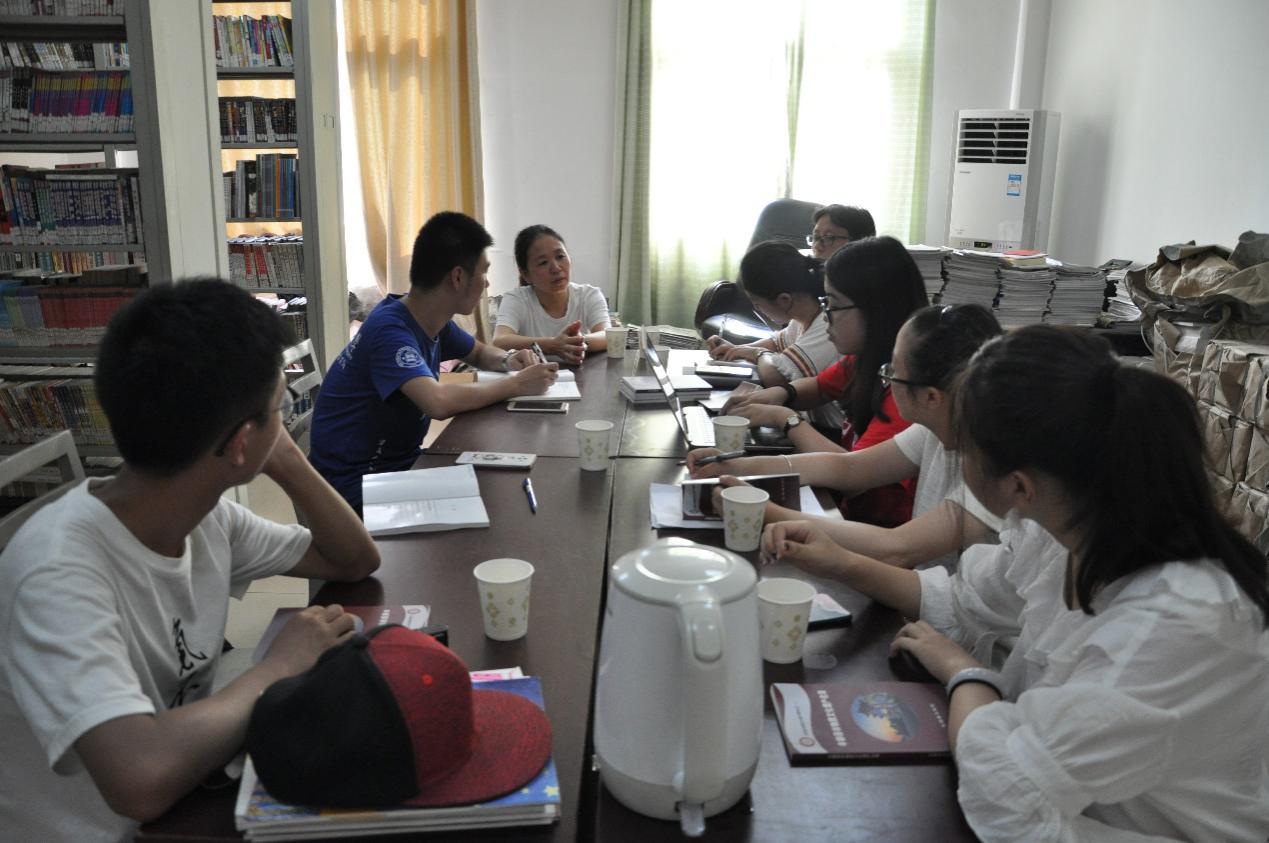 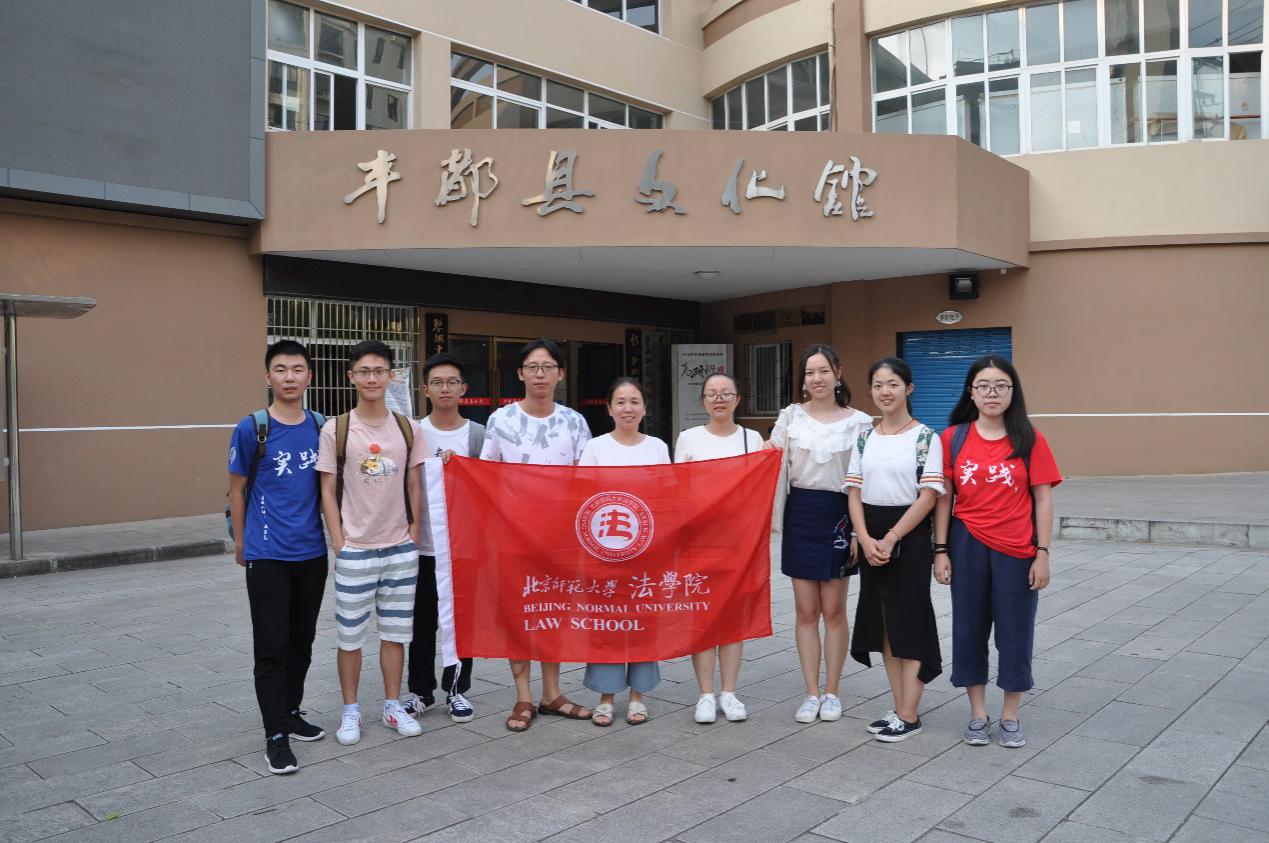 August 15, 2018: The members of the research team came to Wuhuo temple in Fengdu county under the recommendation of Teacher WU and Teacher DAI. Wuhuo temple was one of the Buddhist activity centers in the east of Sichuan province. It had three courtyards, and the buildings were tall and elegant. Now there was only one old man who is over 70 years old guarding the temple. According to the teacher, there were several tall jade Buddha in the temple. But now, there were only three inferior clay sculptures, full of dust and ash, and few people worshiped. There was a stele carved on the front of the table of God. The tablet inscription was called Dengtianyuanxu, which recorded a bit of history of Wuhuo temple. The team members spent a lot of time transcribing it in a sweat. When we were about to leave, it rained. Standing in the rain, Wuhuo temple had a unique flavor. In the process of chatting with the old man, we learned that he had been guarding the temple for more than 20 years, and that he was alone. We were filled with regrets. 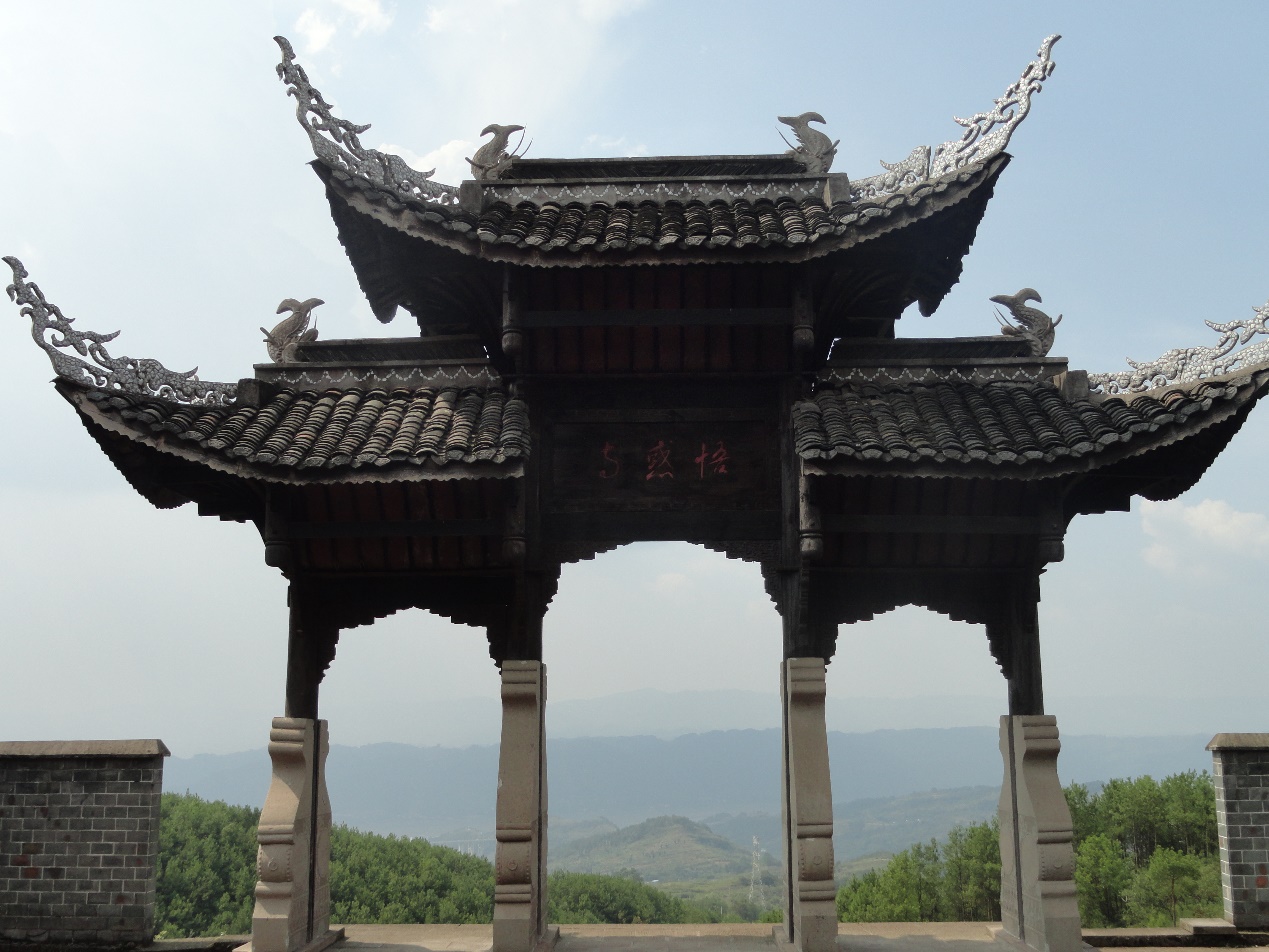 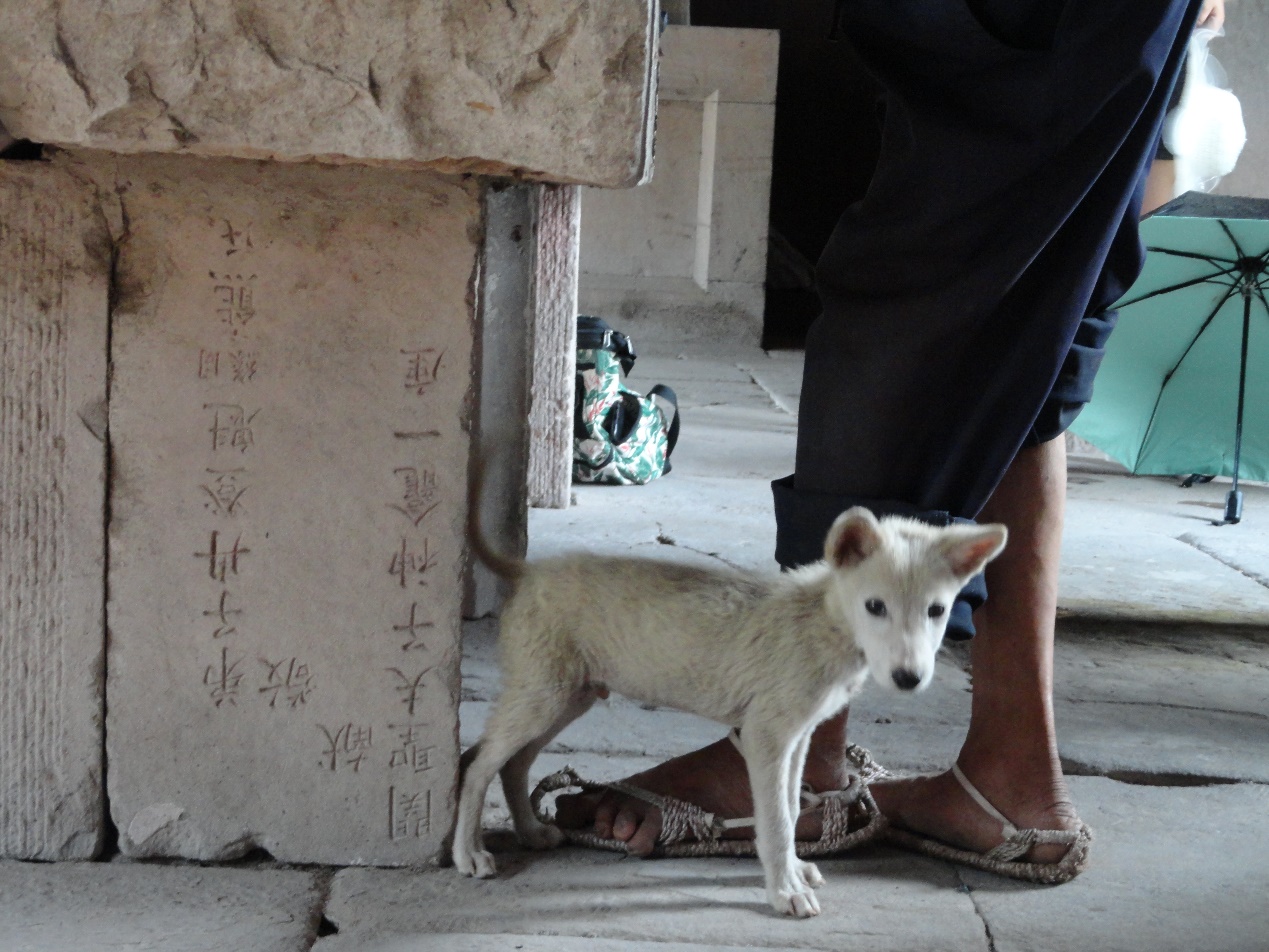