The Study Meeting of the Party Constitution with the Theme of "Learning Party Constitution, Cultivating Party Spirit, Paying Attention to Practice and Deeply Reflecting" Held by the Second Party Branch of 2020 Master was Carried out Successfully

﻿In order to thoroughly study, publicize and implement the spirit of the 19th National Congress of the Communist Party of China, implement the requirements of strictly administering the Party in an all-round way, promote the normalization and institutionalization of the study and education of "two studies and one work", further enhance the political function of grass-roots Party organizations, and strengthen the education and management of Party members, the Second Party Branch of 2020 Law Master launched a Party Constitution learning activity with the theme of "Learning Party Constitution, Cultivating Party Spirit, Paying Attention to Practice and Deeply Reflecting" at 8 o'clock on the evening of September 8, 2021 in the conference room 1922 of Houzhu Building. The meeting was presided over by Comrade Li Lingzhi, Party branch secretary, 14 official Party members and 15 activists attended the event. 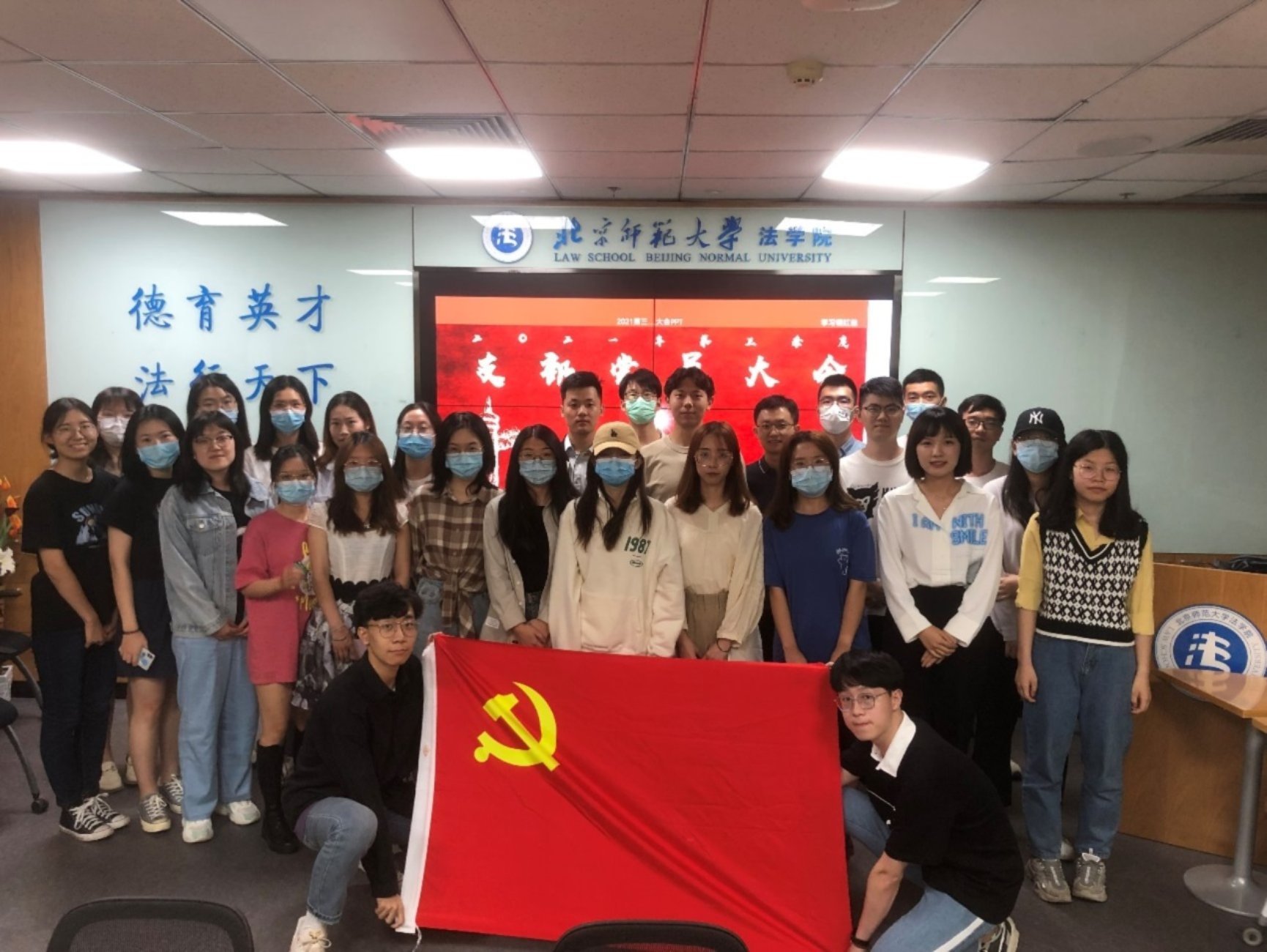 At the beginning of the meeting, all the Party members stood solemnly, and the comrades sang Internationale with passionate songs, which not only expressed their absolute loyalty to the revolutionary cause, but also showed their firm belief in the Communist Party of China (CPC). After the chorus, Comrade Li Lingzhi said: "The Party Constitution concentrated on expressing our Party's theoretical foundation and political proposition, and embodied our Party's overall will and common ideal, which provided a fundamental standard for the whole Party to unify its thinking, unify its actions, strengthen its Party spirit and provide a fundamental basis for strictly administering the Party. The Communist Party of China (CPC) wrote the fundamental purpose of serving the people wholeheartedly into the Party Constitution, which clearly shows that our Party is a political Party that represents the fundamental interests of the people of all ethnic groups in China. Party Constitution and Party discipline are the bottom line for Party members to behave, act and perform their duties. Only by studying, observing, implementing and maintaining the Party Constitution well can we unite the will and strength of all Party comrades and work together to realize the Party's ideals and goals, consolidate the Party's ruling position and maintain its advanced nature, and the Party can always become the strong leadership core of the cause of socialism with Chinese characteristics. For this reason, this branch decided to take this meeting as a starting point and carry out Party Constitution study activities for a long time. I hope that all comrades can comprehend the true meaning of the Party Constitution from the following study and practice and truly improve their self-cultivation of Party spirit. " 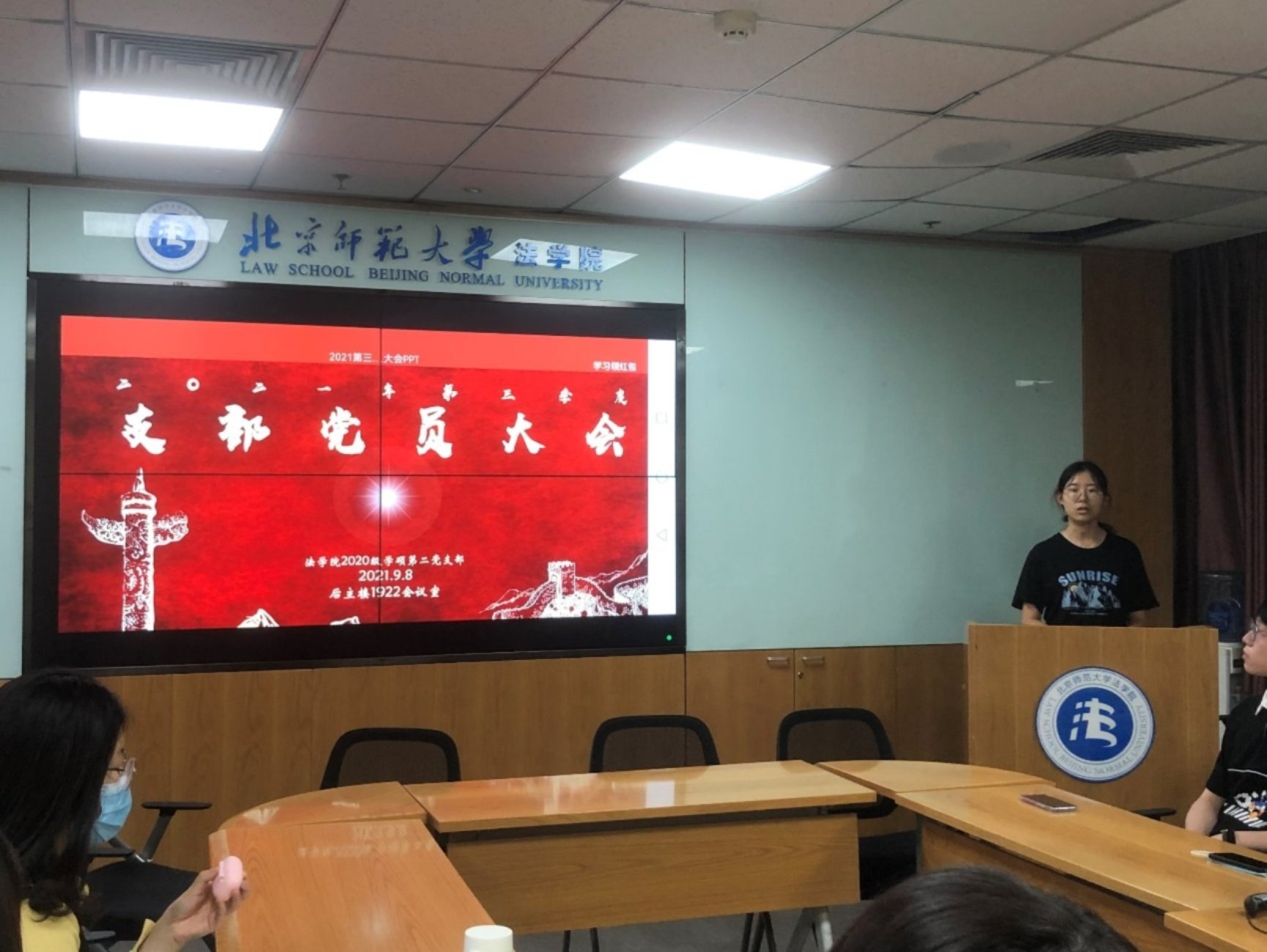 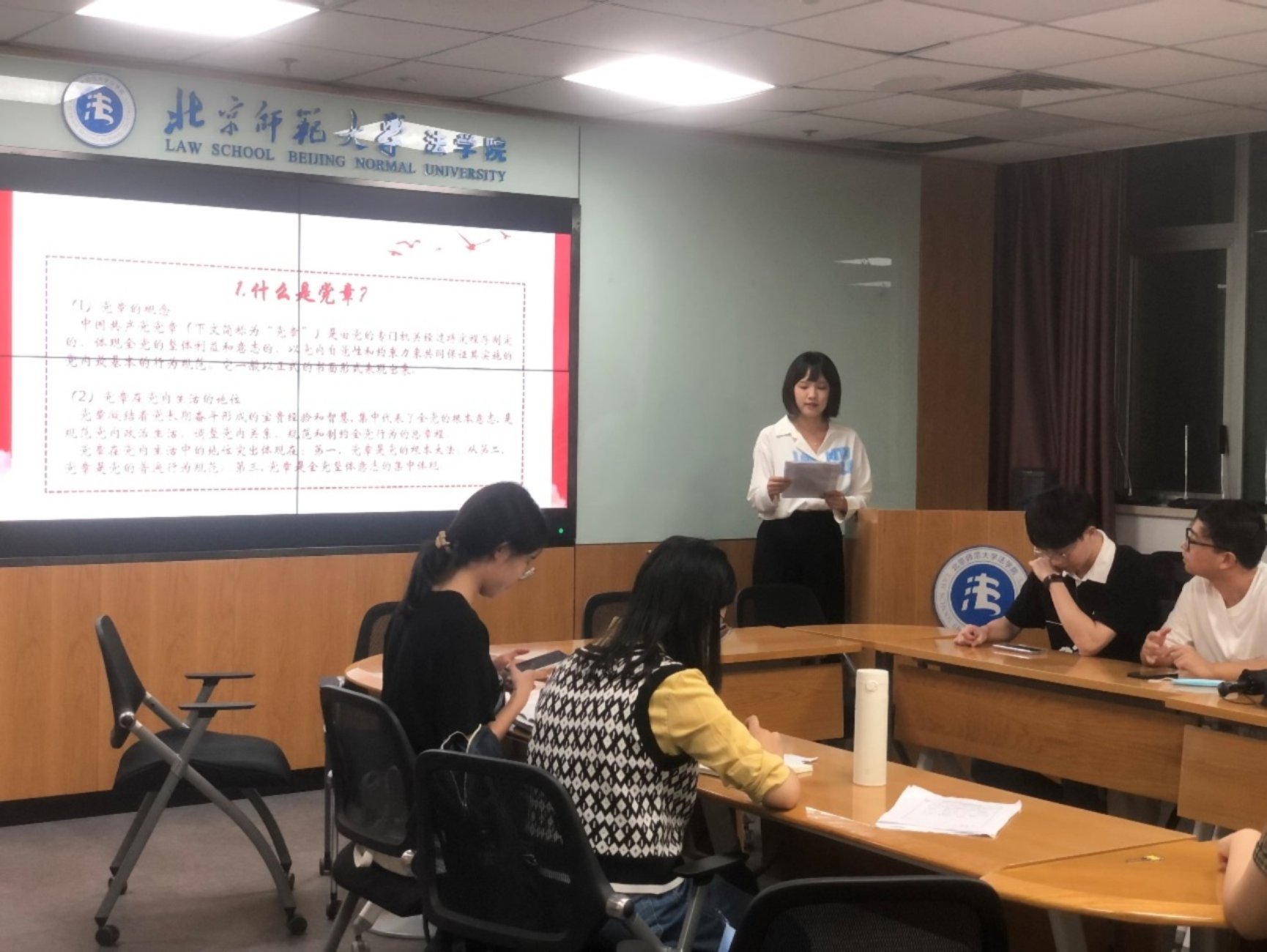 After studying the theory, Comrade Tang Shuchen and Comrade Zhang Qi expressed their feelings and reflections on the study of the Party Constitution from the perspective of practice by sharing their summer experiences.

Comrade Tang Shuchen said that at the beginning of the summer vacation, during his participation in the performance "Great Journey" for the 100th anniversary of the founding of the Communist Party of China (CPC), he deeply understood what faith is by watching red movies. In his view, the hard-working and responsible spirit of the volunteers who took part in rehearsal without fear of hardship made him have a new understanding of the Communist Party of China (CPC) people again. After the performance, he devoted himself to the internship of the Supreme People's Procuratorate. During the internship, the comrade saw from the words and deeds of the procurators that the Communists were sticking to their initial intentions. In response, he reflected: "These predecessors, as members of Chinese procuratorates, have made great efforts to stick to their initial intention, which is worth learning, but it is more important to think about why they can persist until now. Back to ourselves, why should we join the Party? What is the motivation for joining the Party? What should I do after joining the Party? Whether it is a formal Party member or an activist, I think it is necessary to think clearly about these issues, and this is also the necessity for us to study the Party Constitution. " 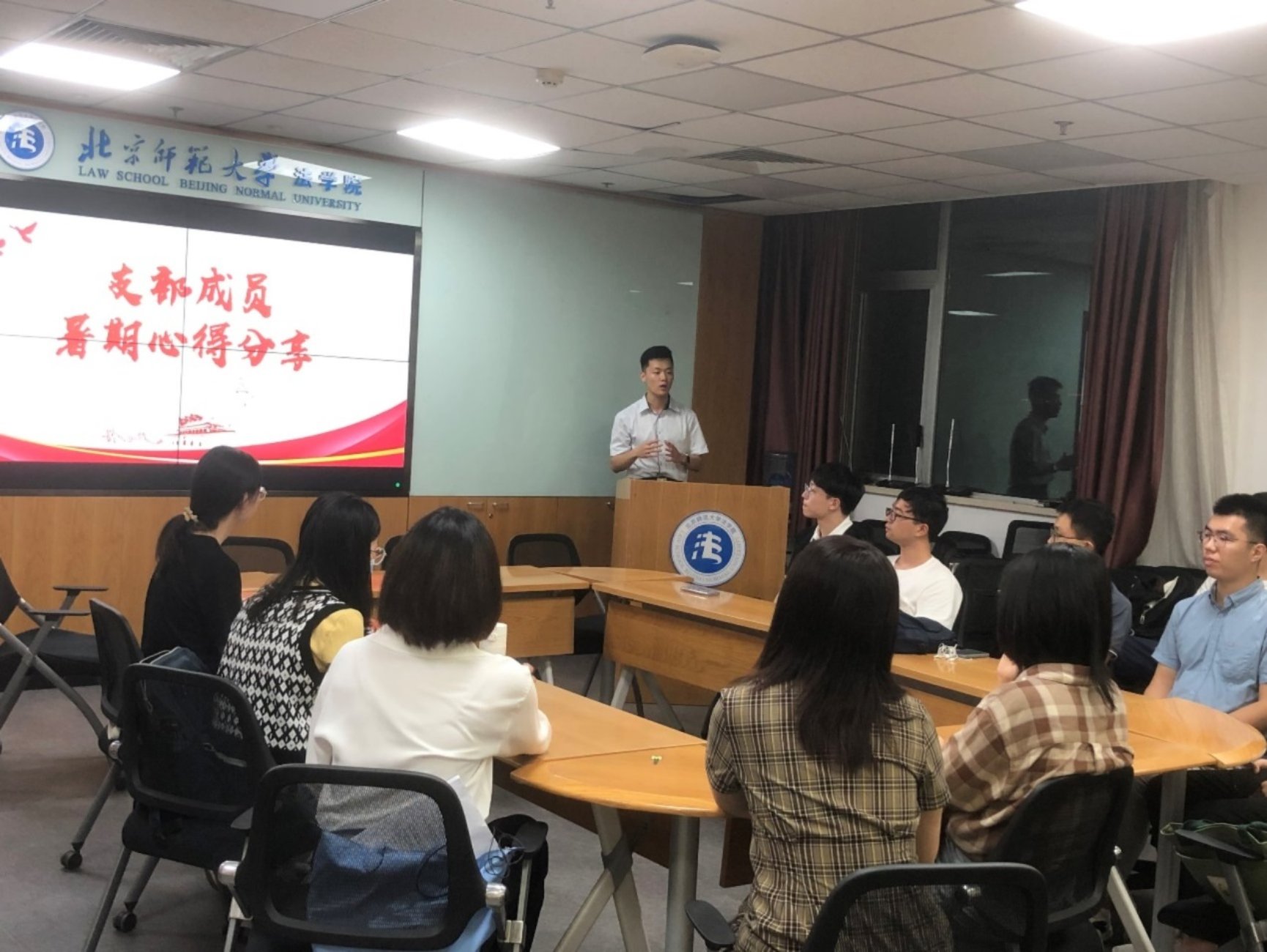 Comrade Zhang Qi, who also participated in the performance "Great Journey" for the 100th anniversary of the founding of the Communist Party of China (CPC) and the internship of the Supreme People's Procuratorate, said that, as a the Communist Party of China (CPC) Party member, she often felt that his personal strength was small in the process of participating in these activities, but each of this small strength gathered together will be a powerful force that could play its role. In Comrade Zhang Qi's opinion, whether participating in the performance or taking part in the internship, the strength of a collective has unlimited potential. At the same time, she also hopes that, as a Party member, she can constantly improve her Party spirit by actively participating in practical activities and learning theoretical knowledge such as the Party Constitution, and strive to play her leading and exemplary role as a Party member. 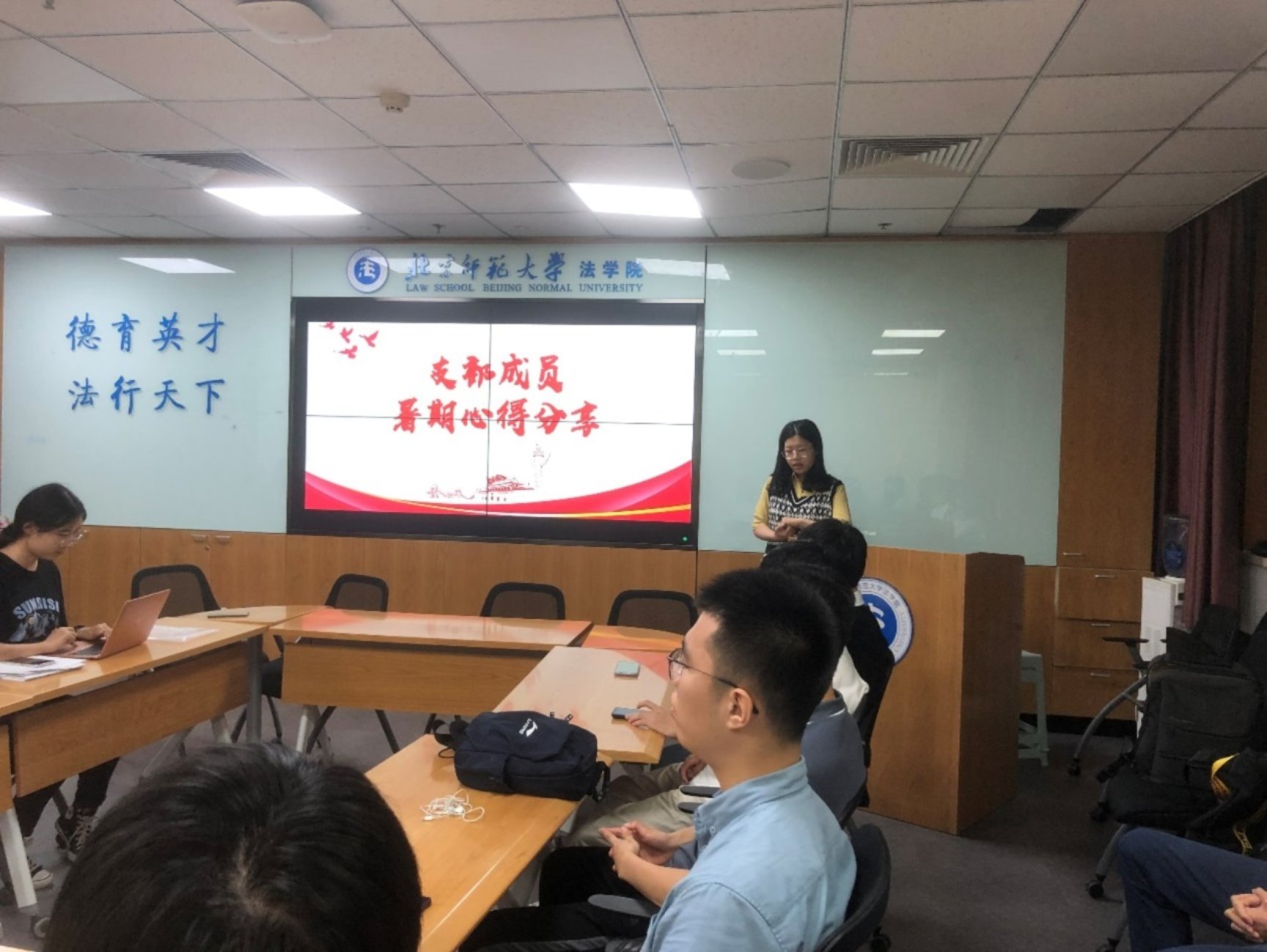