To further improve the ideological quality of the party branch members, consolidate the sense of service, and study and implement the important speech delivered by General Secretary Xi Jinping at the National Poverty Alleviation Summary and Commendation Conference, the Master Student Second Party Branch of the Law School held a theme party day activity centered on "Learning Poverty Alleviation  Spirit and Building Hard Work" in Room 1822, Houzhu Building at 7: 00 p.m. on March 23, 2021. The activity was organized by the First Learning Group of the Party Branch, with the leader Wang Xinghao as the host. 8official party members and 15 activists of the branch participated in the activity.

After Comrade Wang Xinghao briefly introduced himself, the activity officially kicked off. Regarding the significance of carrying out this activity, Comrade Wang Xinghao said: "General Secretary Xi solemnly declared that China has won a comprehensive victory in the fight against poverty at the National Poverty Alleviation Summary and Commendation Conference held in Beijing. Such a great victory is worthy of our commemoration. I believe that behind this victory, its spirit is worth learning. This is also the starting point for our group to carry out this activity!" Therefore, in order to let the comrades know more about poverty alleviation, the host watched a piece of poverty alleviation film with the other comrades. 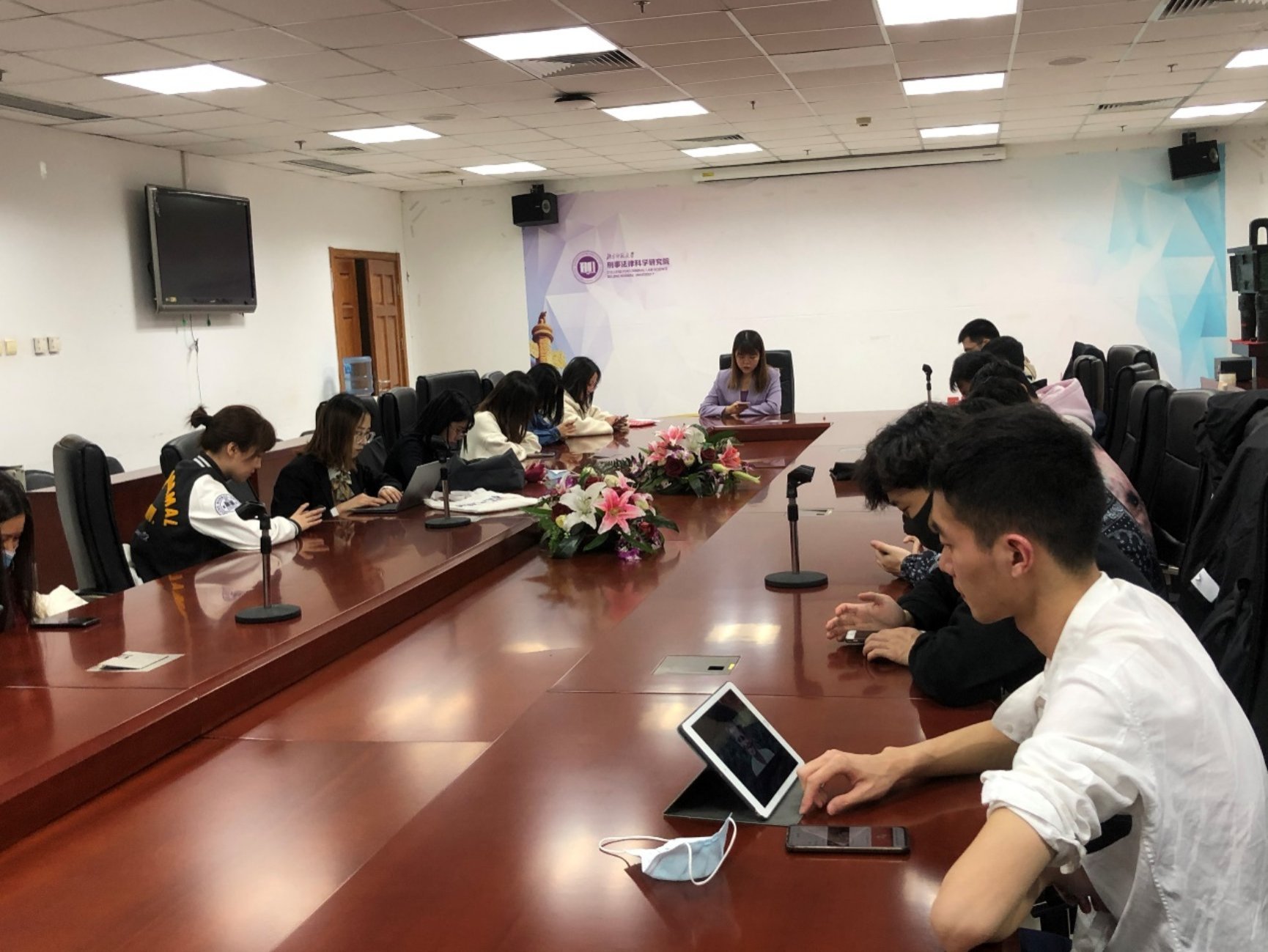 As General Secretary Xi said in his speech at the National poverty alleviation Summary and Commendation Conference, the achievements made by poverty alleviation are the great glory of the Chinese people, the Communist Party of China and the Chinese nation! The achievements of this work also fully prove that only under the strong leadership of the Communist Party of China can "getting rid of poverty" become a reality from a dream; Only by unswervingly following the socialist road can the deep desire of the Chinese nation to have ample food and clothing for thousands of years be truly realized! 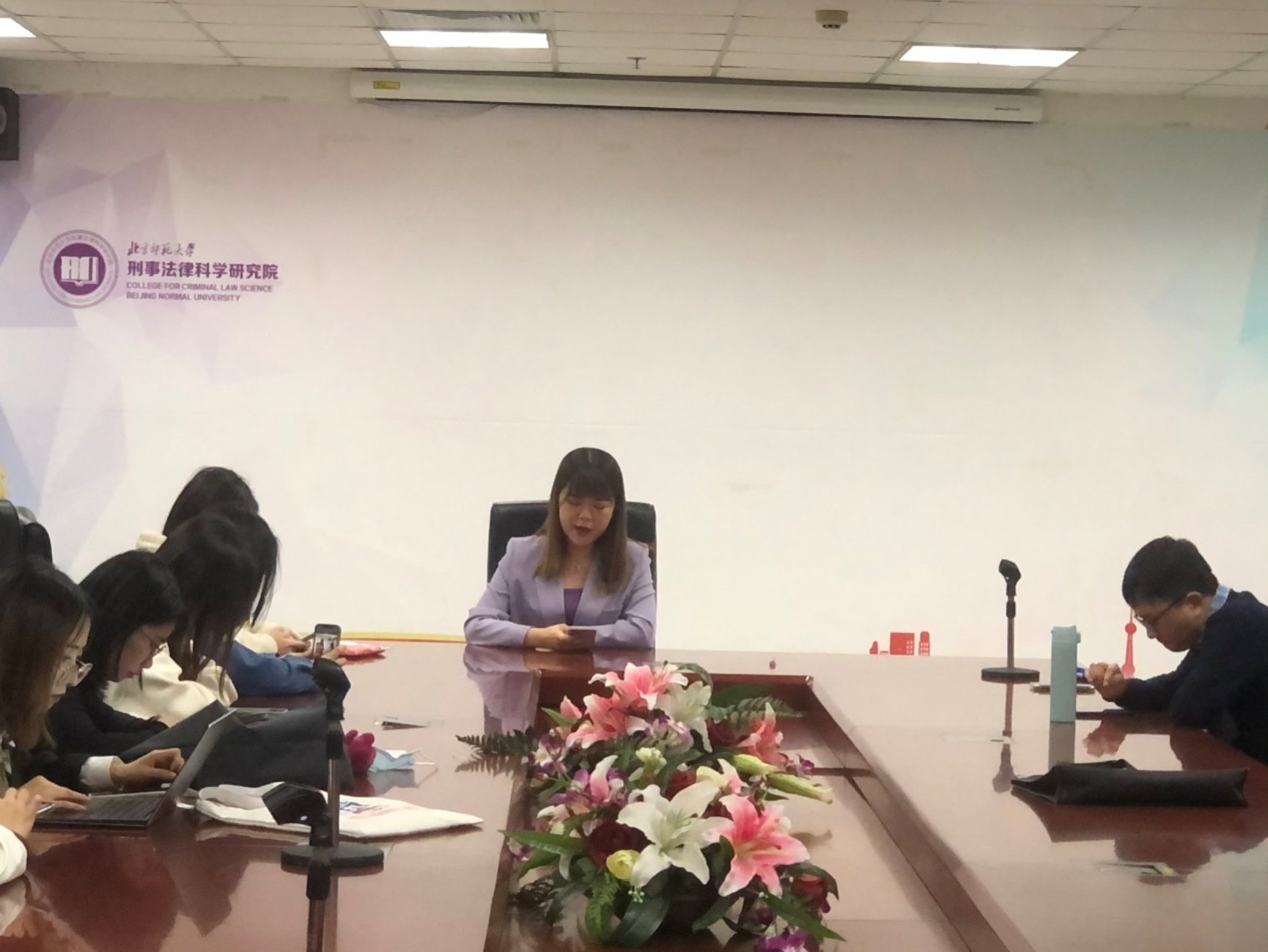 Although the comrades have a lot of feelings about the short films they watched, as student party members, how far are we from working in poverty alleviation? How do members of our branch view poverty alleviation’s work? In this regard, let's take a look at the sharing of comrades. 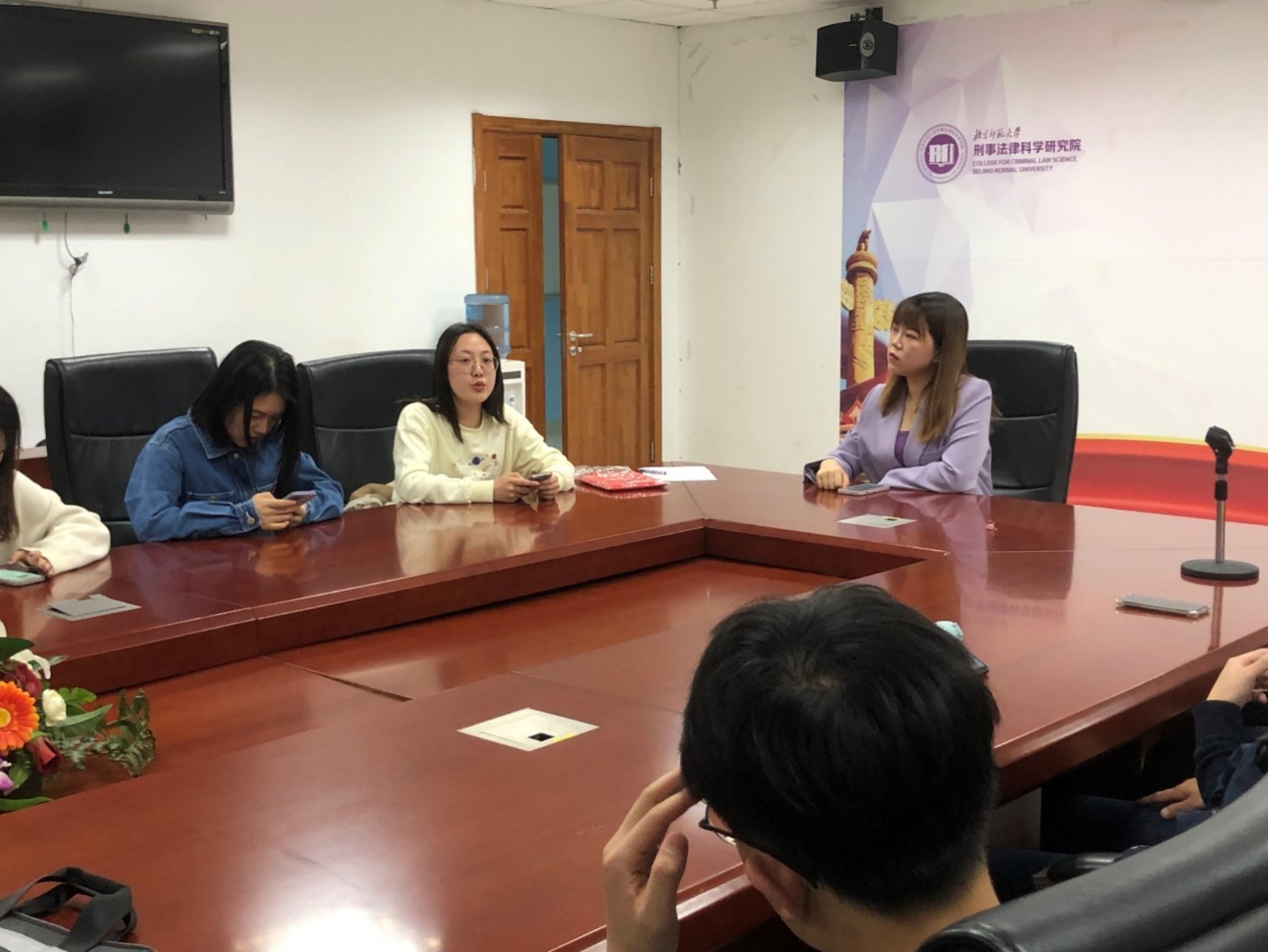 Comrade Lu Tianhong agreed with the view that getting rid of poverty is in line with the real needs of the people. He said that by studying General Secretary Xi Jinping's Speech at the National Poverty Alleviation  Summary and Commendation Conference, he began to take the initiative to understand the work in poverty alleviation . In the process of understanding, he was deeply impressed by the story of getting rid of poverty in “First E-commerce Village in Hubei”, hoping to share the study with his comrades. The comrade introduced that "Hubei E-commerce First Village" is Xiaying Village, a very poor village in Qinba Mountain Valley. However, after the poverty alleviation work was carried out, Comrade Liu Tingzhou, the village branch secretary, led the villagers to seize the precise poverty alleviation policy. Supporting this opportunity, the development model of "e-commerce + branch leadership+ party member demonstration + integration of three industries" was put forward, and the three major poverty alleviation industries of e-commerce, ecological agriculture and rural tourism were gradually expanded. Xiaying Village took the lead in "getting rid of poverty and getting out of the ranks" in the whole county, and explored the "experience of going out of the camp" in the battlefield of poverty alleviation and difficulties tackling, creating a "model of going out of the camp". In Comrade Lu Tianhong's view, the transformation of a "poor village" into an "online celebrity village" is closely related to the national poverty alleviation work, but what is more important is that the people can seize the opportunity and explore and practice tirelessly! 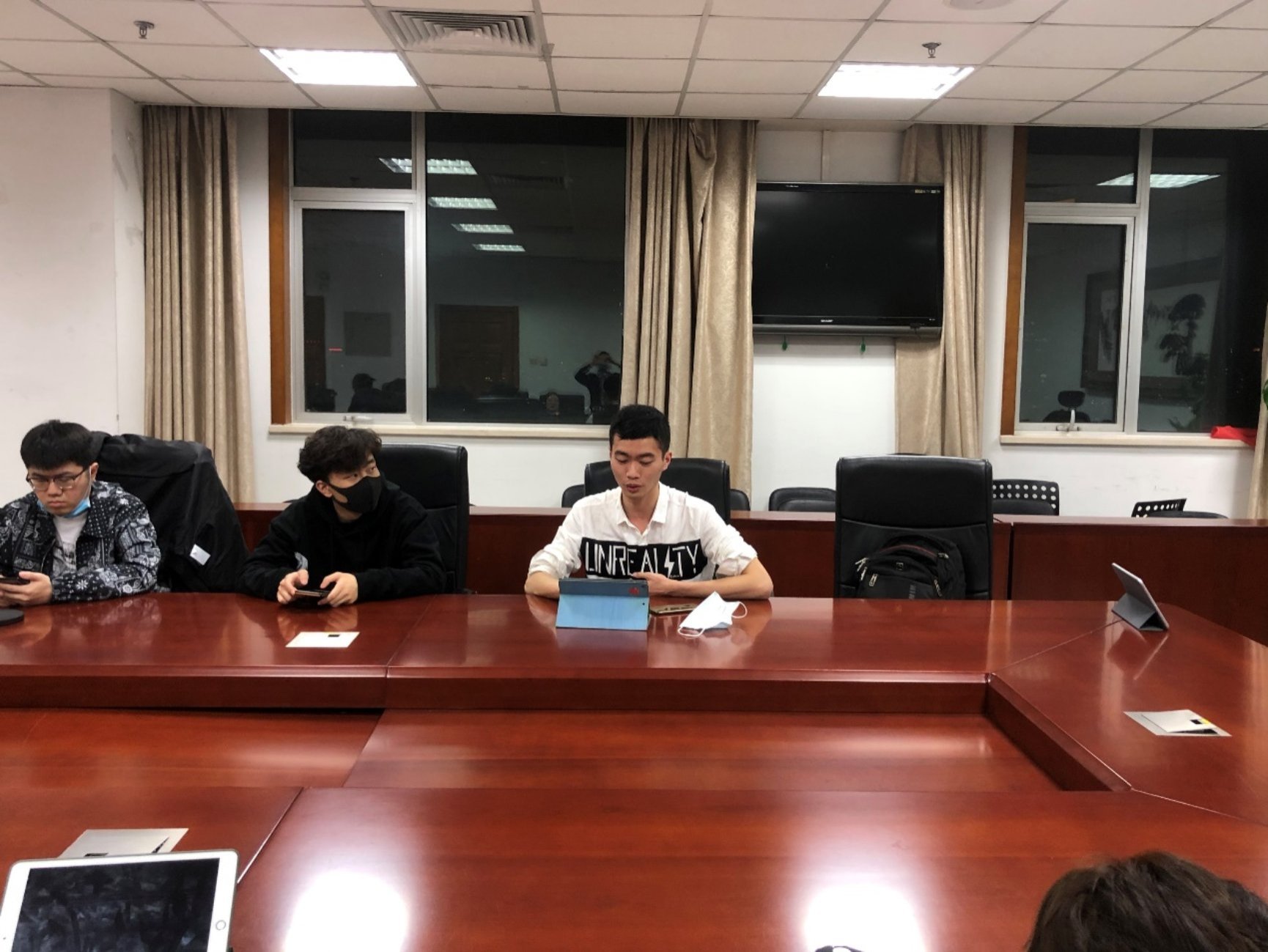 Referring to the road of the working people getting rid of poverty, Comrade Zou Kao shared a “plain” story of getting rid of poverty for us. The story takes place in Wanzai, Yichun, Jiangxi Province, where two laborers of a poor household work in a fireworks factory, earning barely enough to make ends meet. However, after the work in poverty alleviation started, the family learned about the machine technology of flower arranging cannon through the lectures organized by the county, and then bought a machine to help enterprises insert fireworks barrels through poverty alleviation loans, thus improving efficiency and increasing personal income. Comrade Zou Kao said that the process of getting rid of poverty of the above-mentioned poor households seems simple, but in fact it is extremely difficult, because it is a process from zero to one. If there is no lecture in the county, he may not think that he can use the machine, which is knowledge; if there is no money to help the poor, he has no money to buy it. Therefore, if there is a long-term publicity campaign on poverty alleviation and some money is provided for poor households, it can help the cause of poverty alleviation in a long-term and stable way. 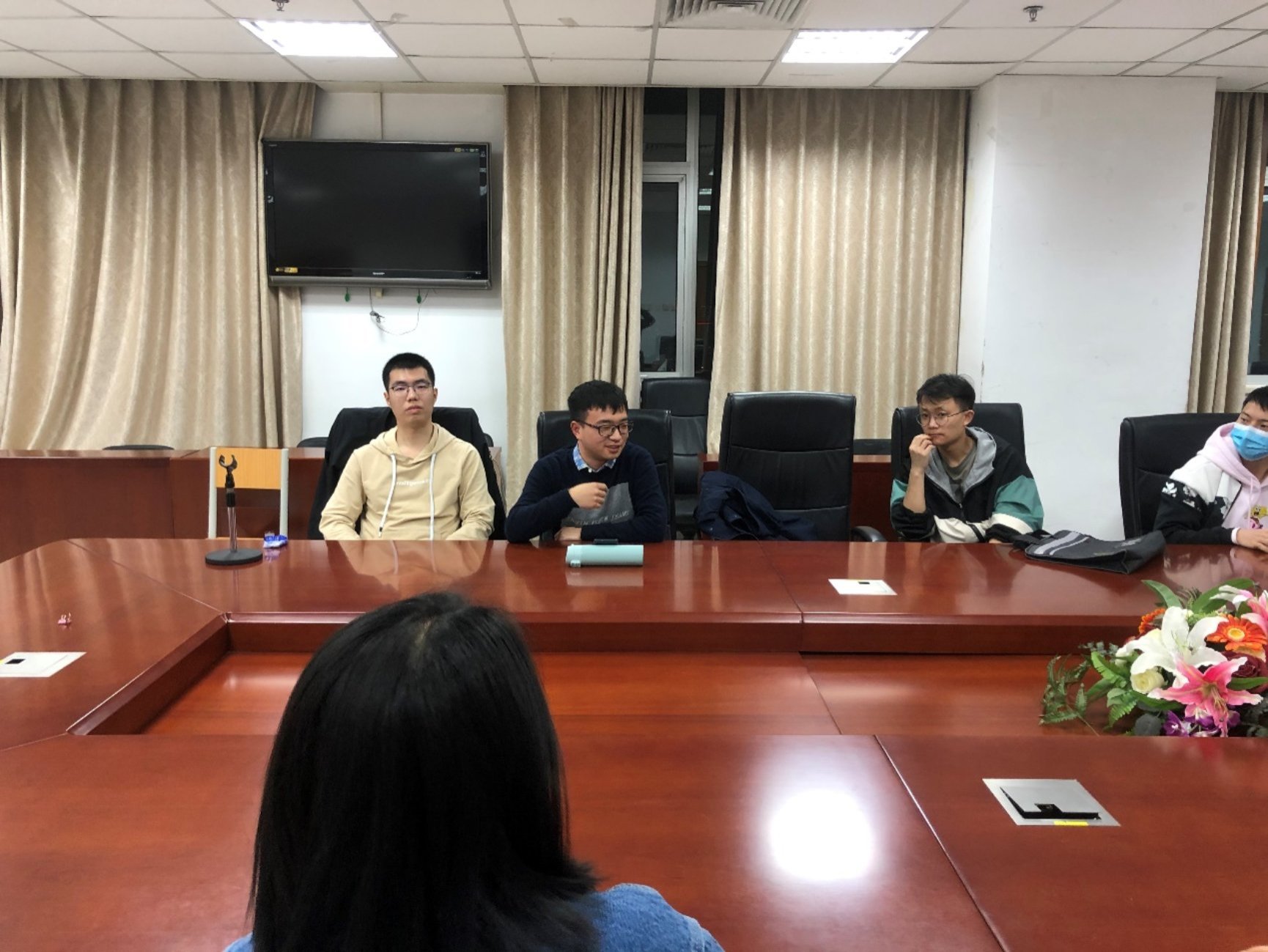 As student party members, we may not be able to devote ourselves to the team of building a great motherland, but we can constantly learn from the outstanding spiritual character of our predecessors, and take the spirit of model workers, labor and craftsmen as our spiritual pillars to enhance our sense of historical mission and responsibility. Getting rid of poverty is not the end, but the starting point of a new life and new struggle. I hope you and I can move forward together on this struggle road. The journey is long, but only struggle!