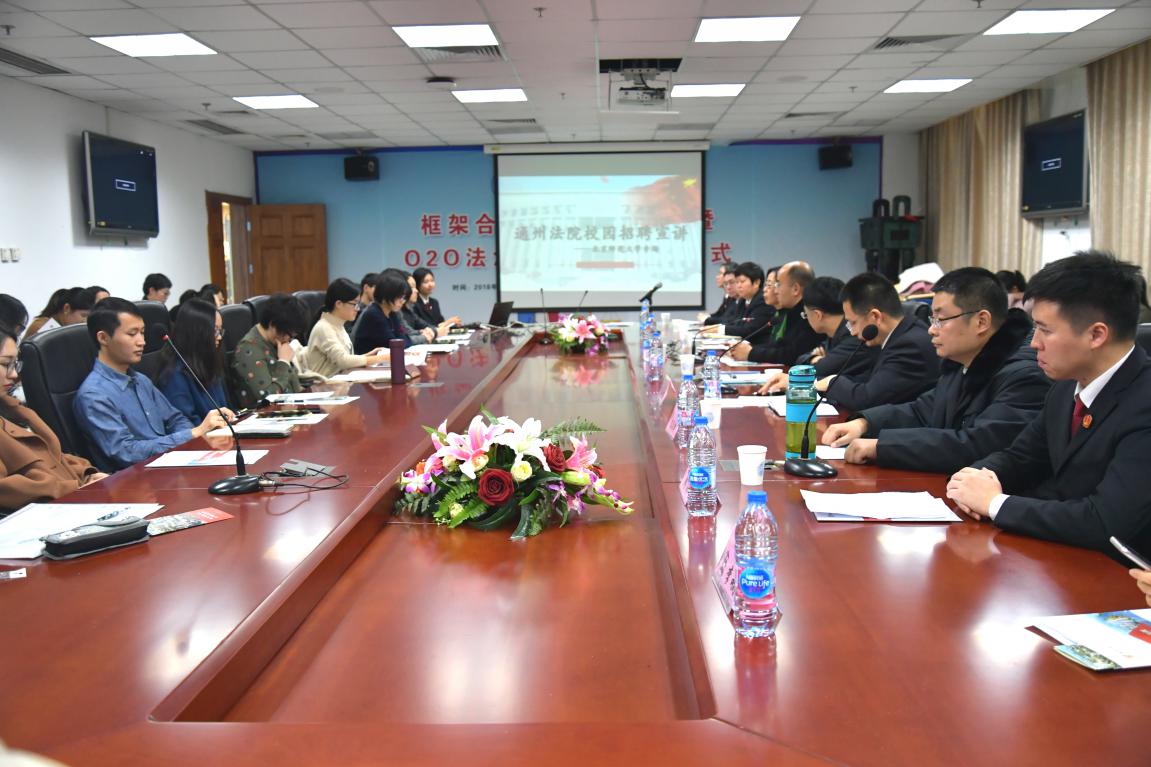 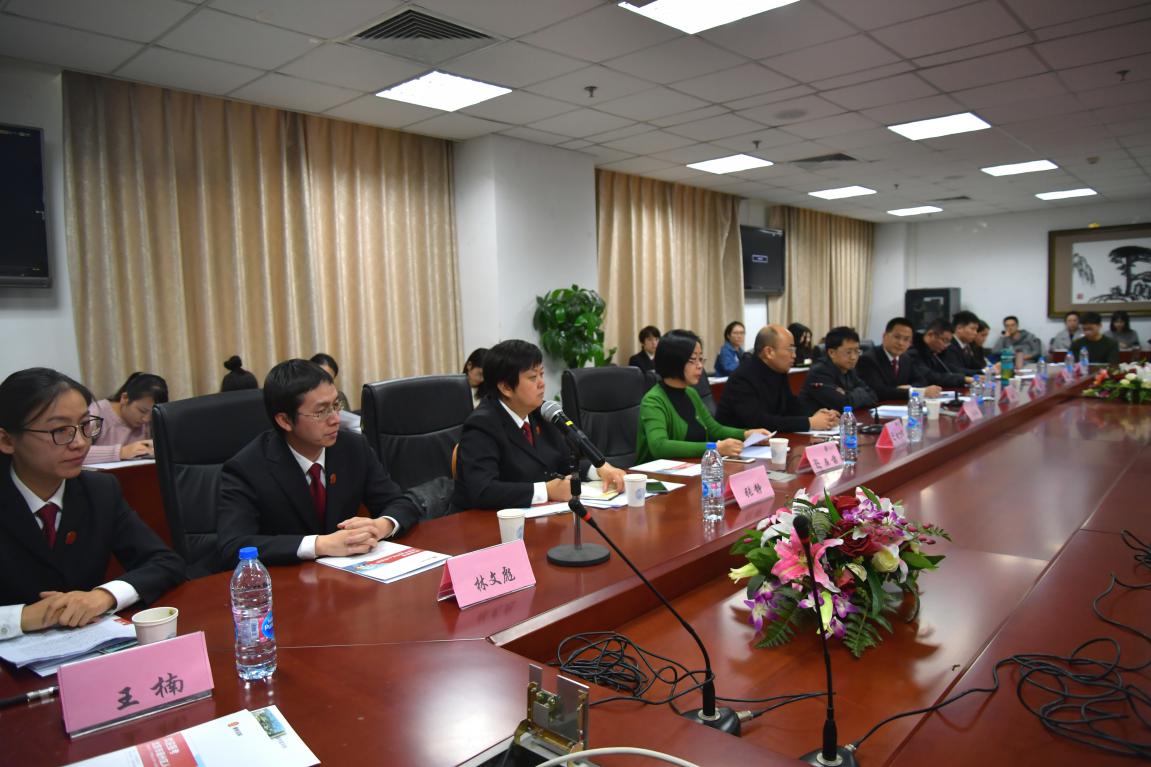 At the beginning, Professor LIANG Yingxiu welcomed the court leaders and judges from Tongzhou District People’s Court warmly, and put forward high expectations for the career choice of the students, wishing that everyone would study hard to have a wide understanding of careers and find the land suitable for starting his/her career. 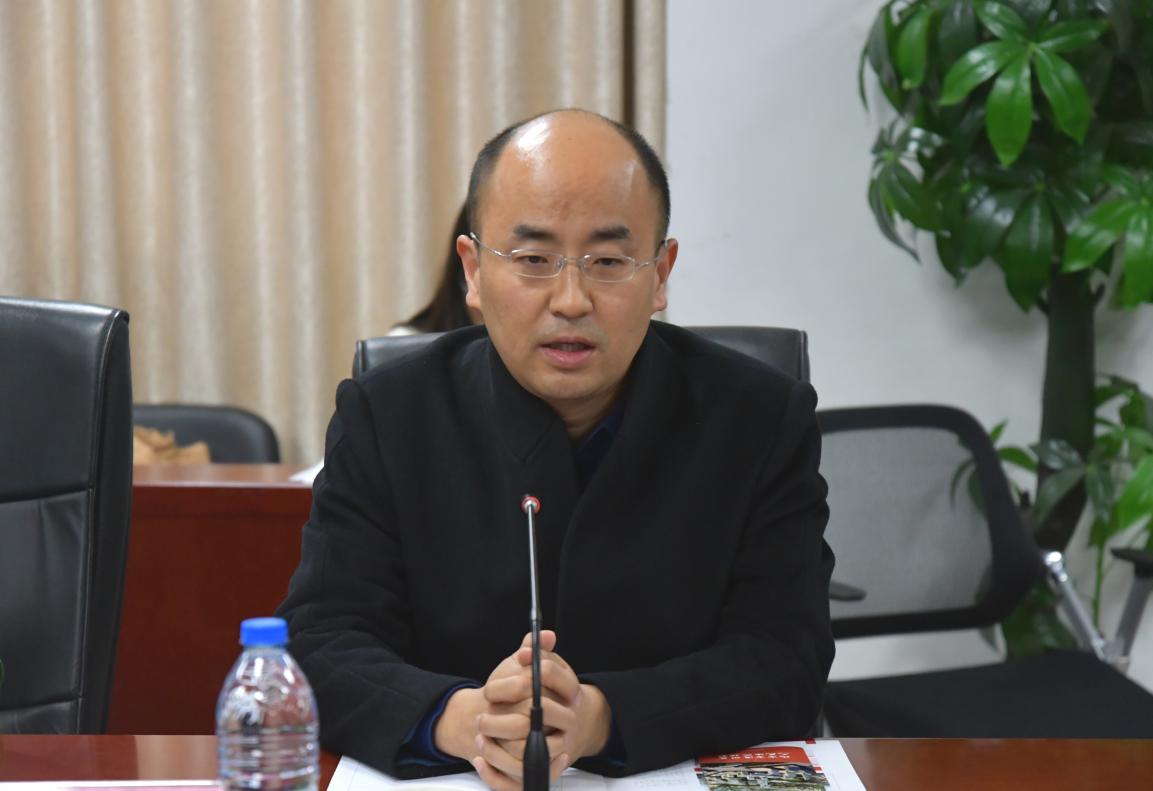 This lecture was presided by XU Dong, dean’s assistant of Tongzhou District People’s Court. He first introduced the guests attended the lecture, saying the importance of Beijing normal university being the first stop of Tongzhou District People’s Court 's propaganda, and then, he expressed the advantages of the court compared with other departments of government, popularizing the knowledge of the rank of judges. 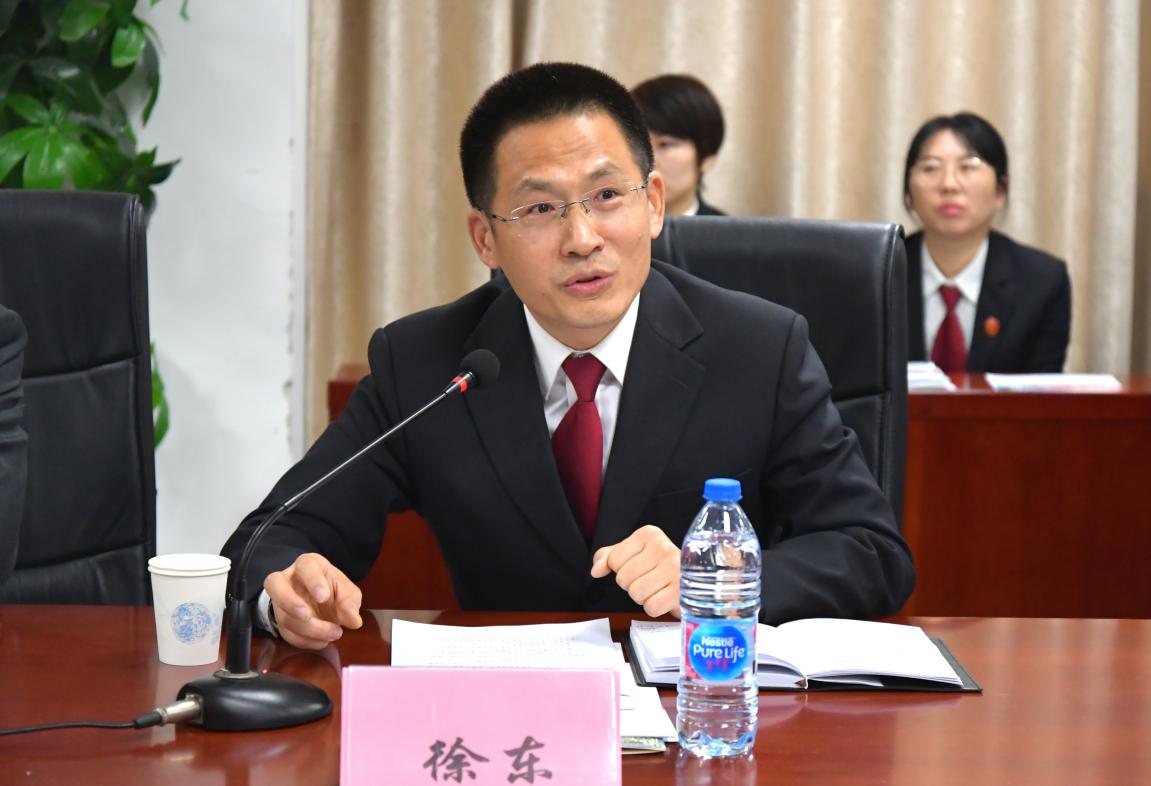 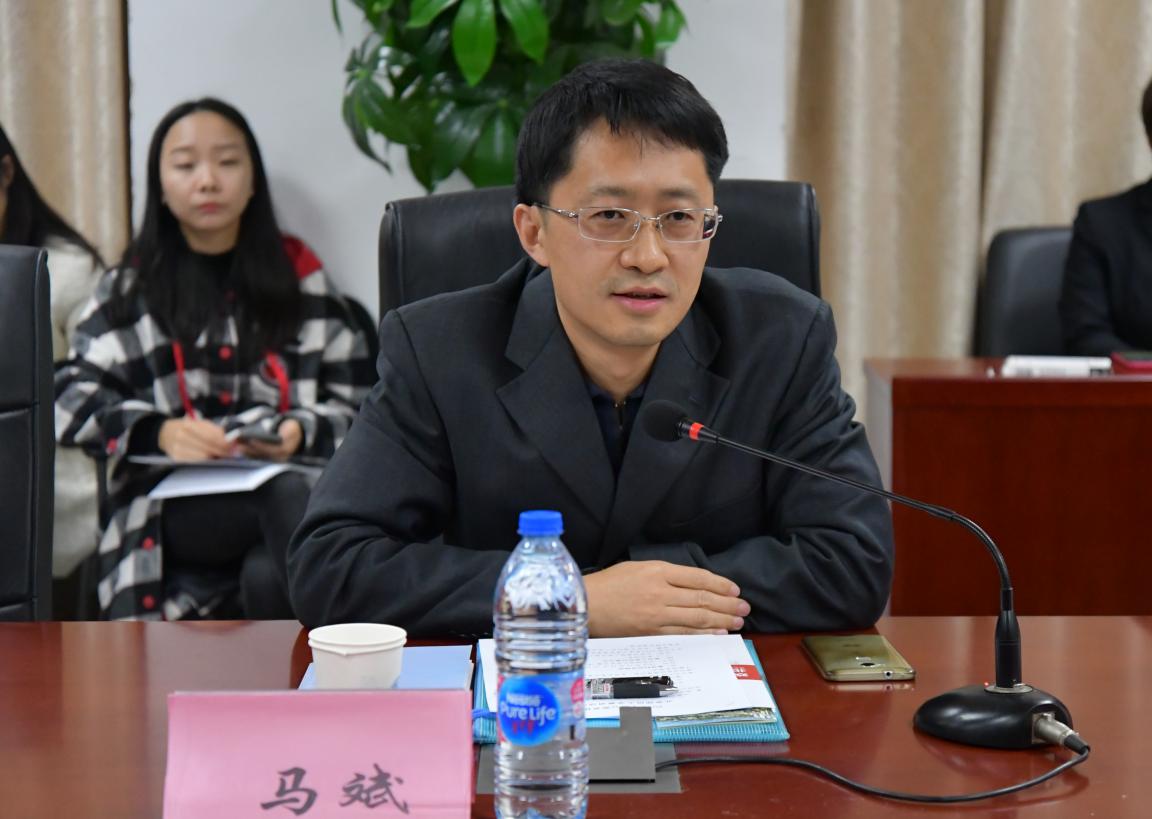 ZHANG Jing, member of the party group and director of the political office of Tongzhou District People's Court, introduced the conditions and development history of Tongzhou, and the member structure，academic situation, caseload and etc. of Tongzhou District People’s Court. Through this introduction, the students had a deeper understanding of the city sub-center, and saw the good development momentum and the great historical opportunities of Tongzhou, even more, gained better knowledge of this outstanding court, whose settled case number ranked first in Beijing courts for six consecutive years. 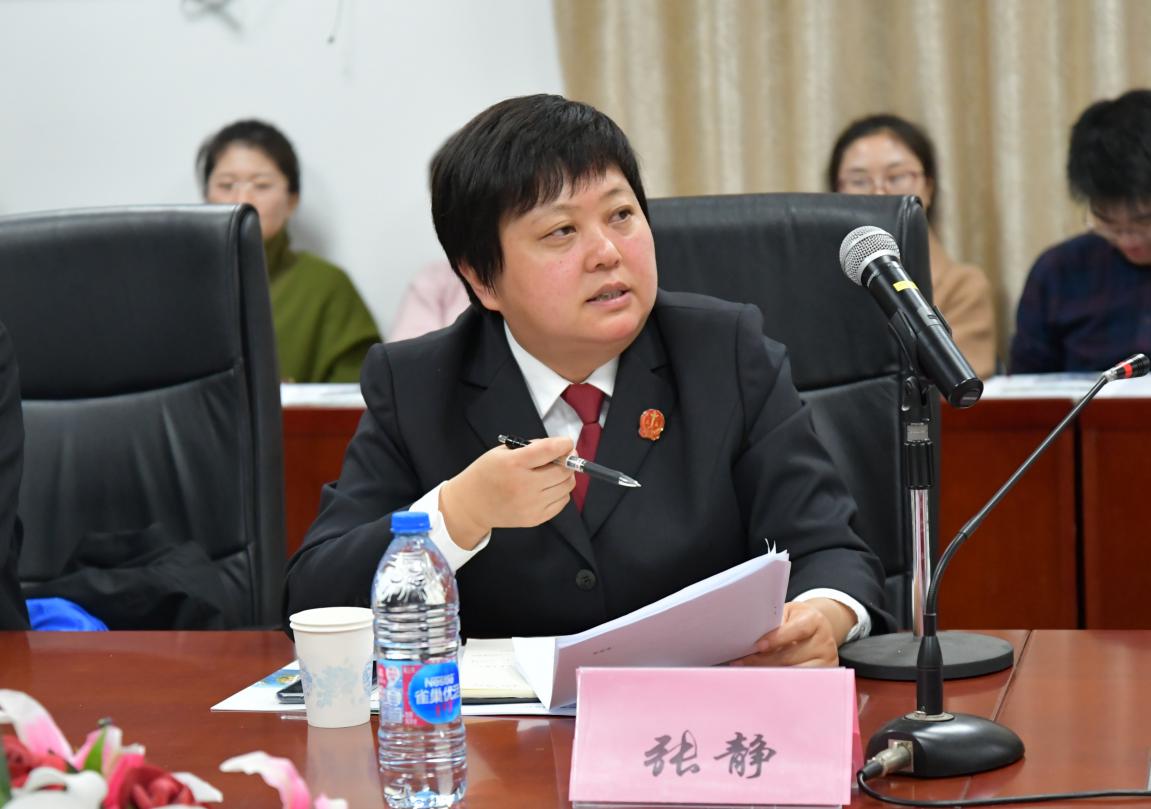 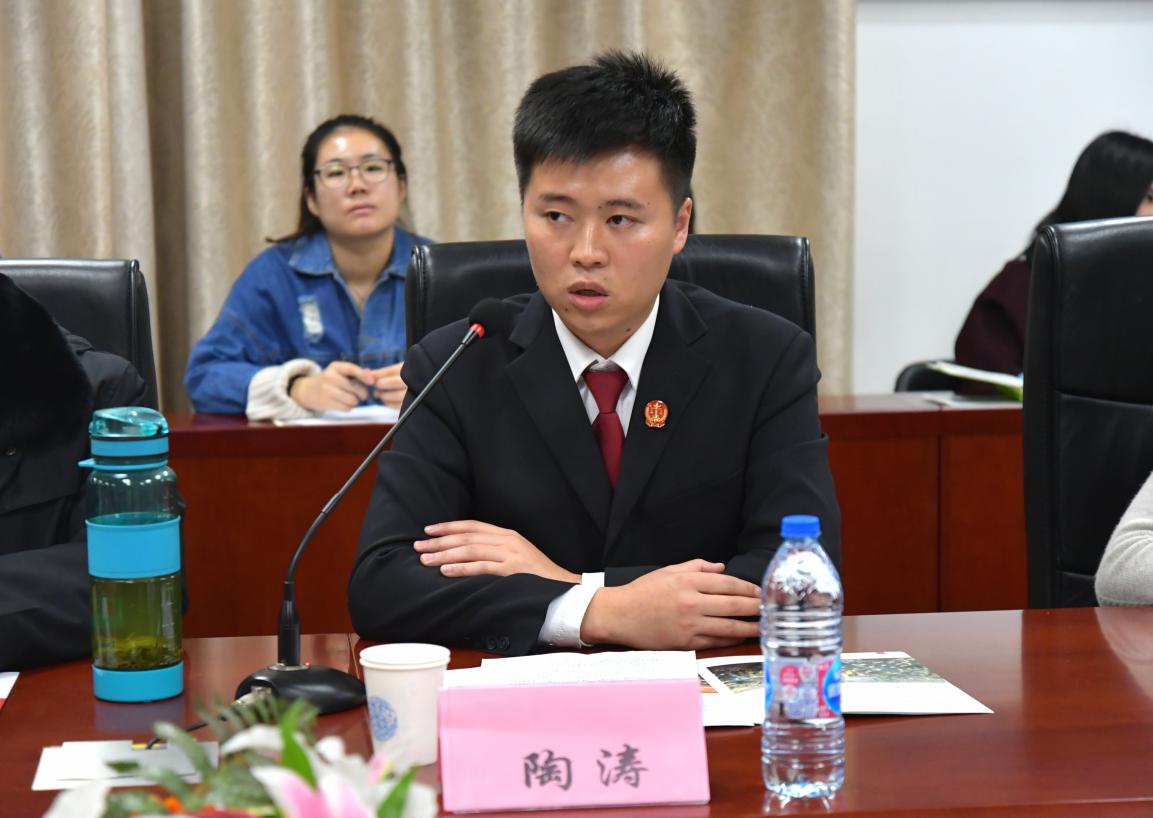 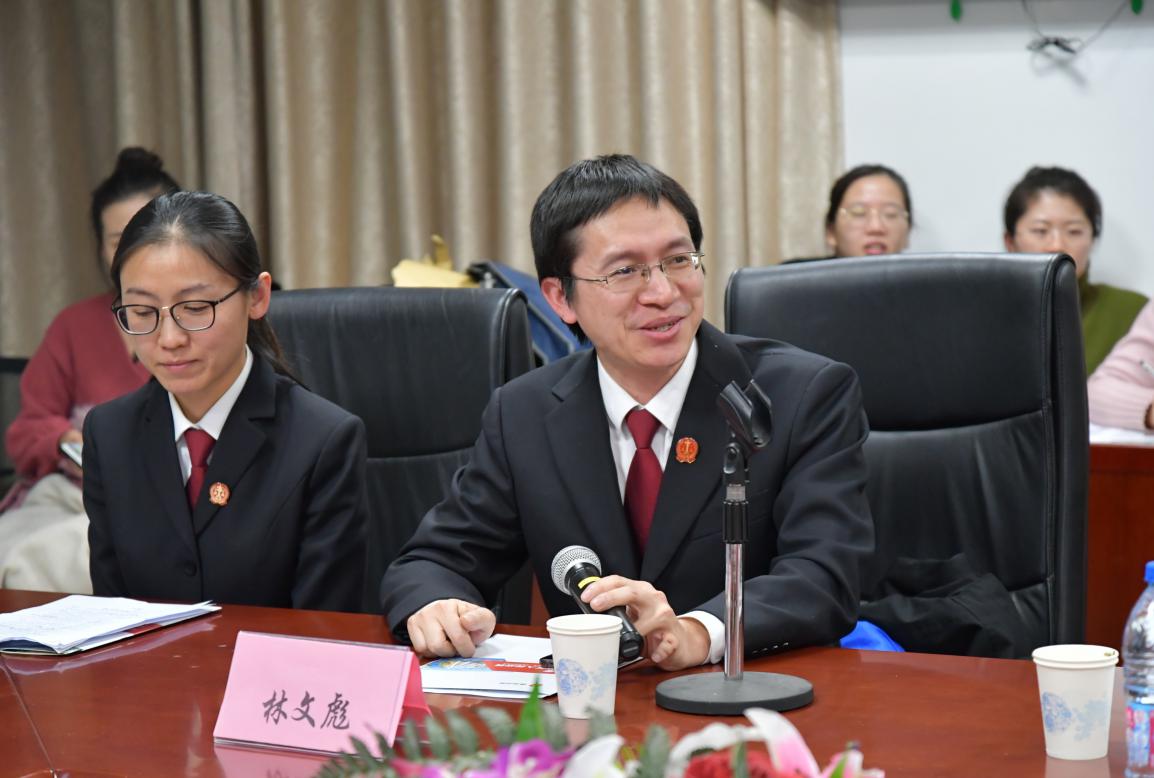 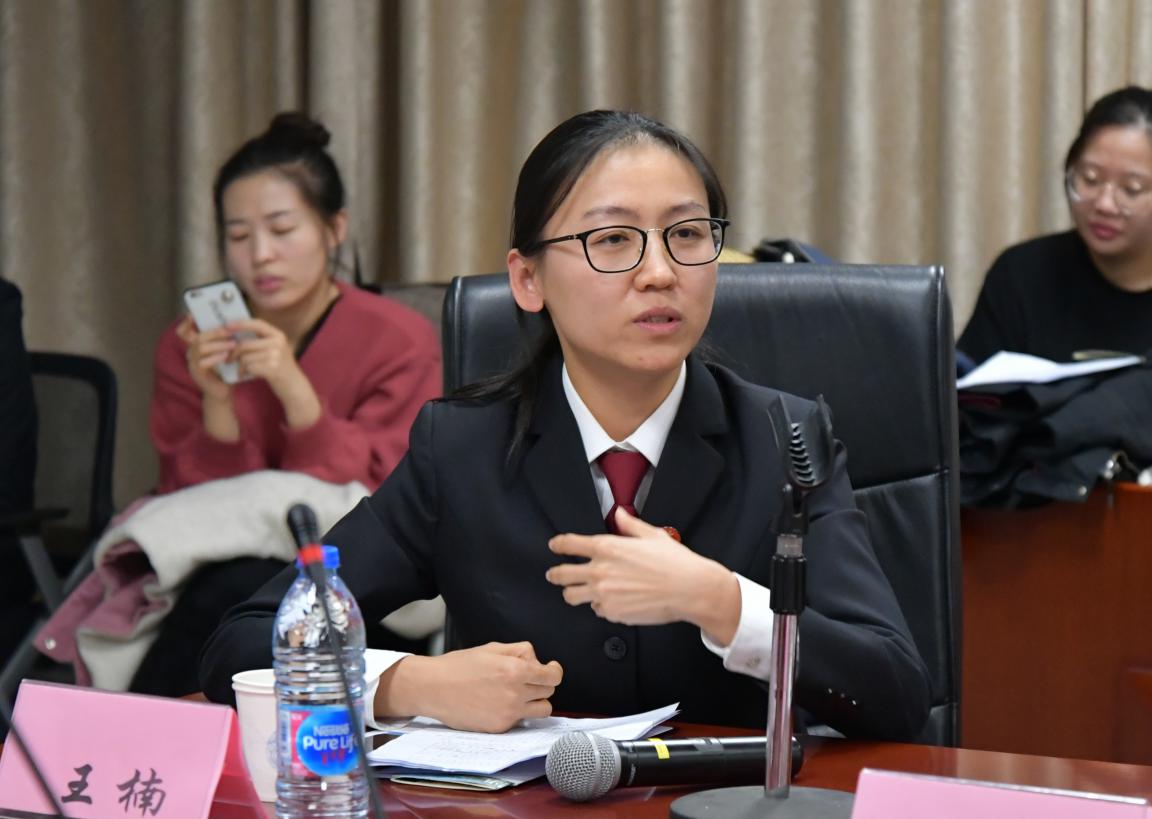 After the lecture, the career development exchange session was held. In this session, Teacher YUAN Yin firstly conveyed thanks for the Beijing Supreme Court and Tongzhou District People’s Court picking Beijing Normal University as the first stop of this year’s propaganda, and expressed that the Law School pays great attention to the employment of the graduates in recent years. She also hoped that Law School can further strengthen exchanges and cooperation with Beijing Supreme Court and Tongzhou District People’s Court to build a platform for students’ internship and employment. Besides, In view of the graduates' fear of hard work in the courts, Ms. YUAN borrowed Tagore's famous saying “The sufferings you have suffered today, the losses you have suffered, the responsibilities you have borne, the sins you have borne, and the pain you have endured will all become light in the end, illuminating your path.” she encouraged graduates to grasp employment opportunities, keep their feet on the ground, not afraid of hard work, and constantly improve abilities to keep up with the time. 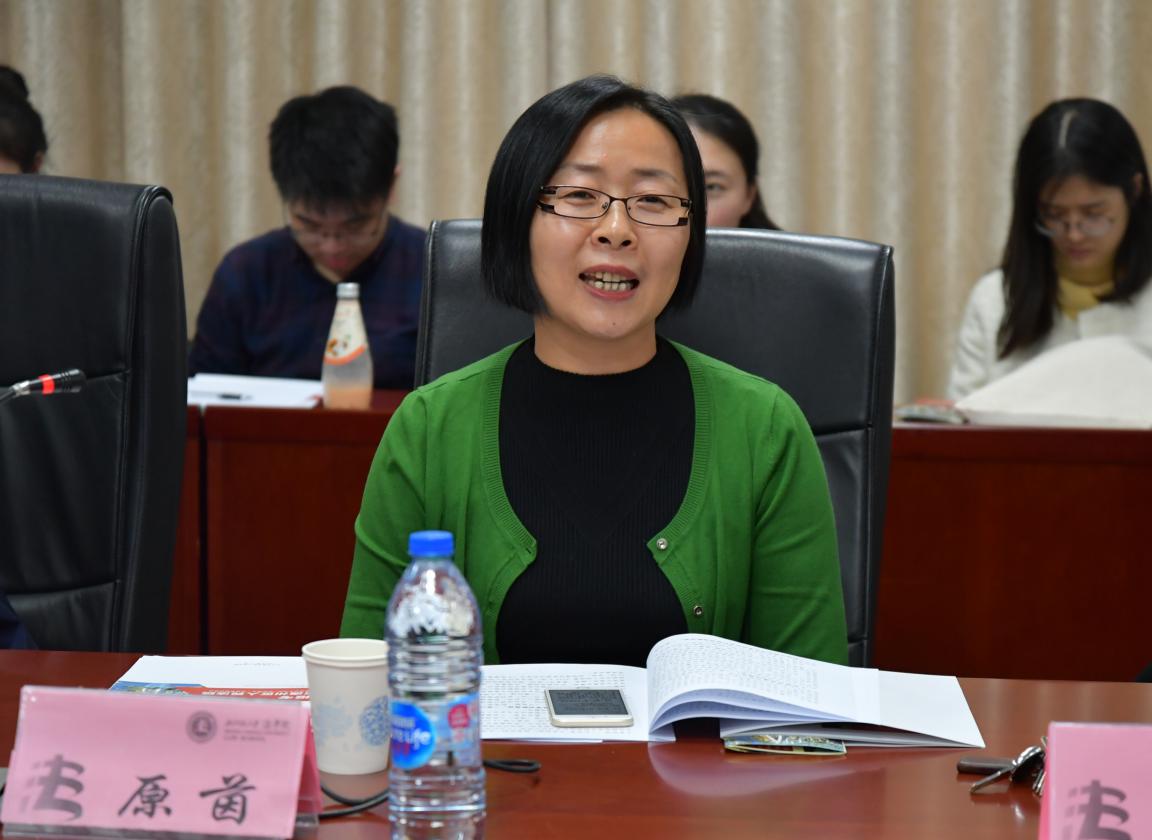 Afterwards, students put forward their concerning questions about registration, examination, and the path of career development. 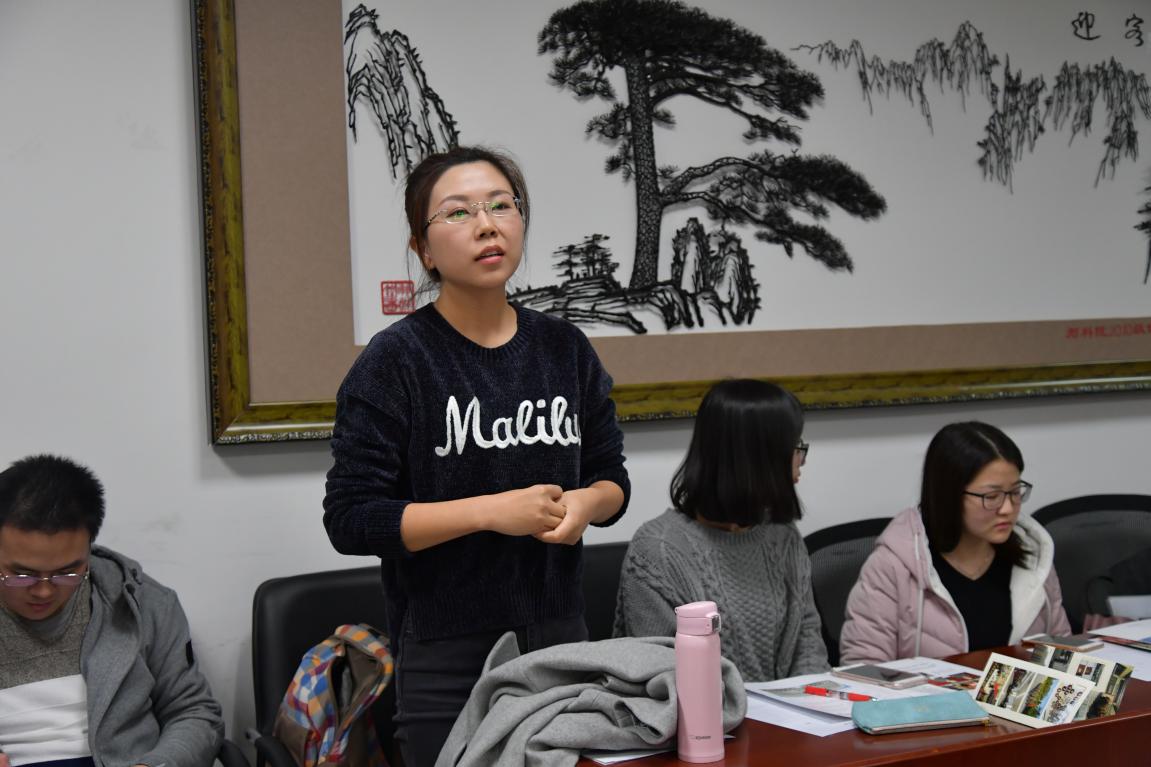 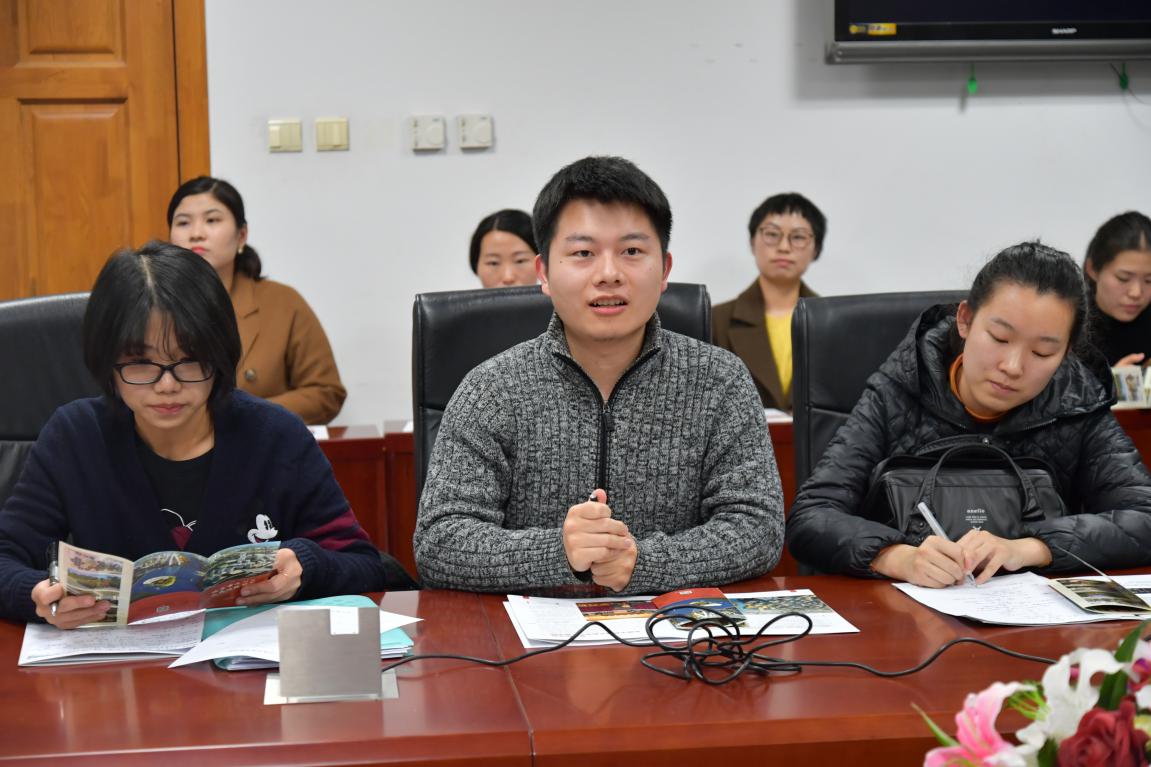 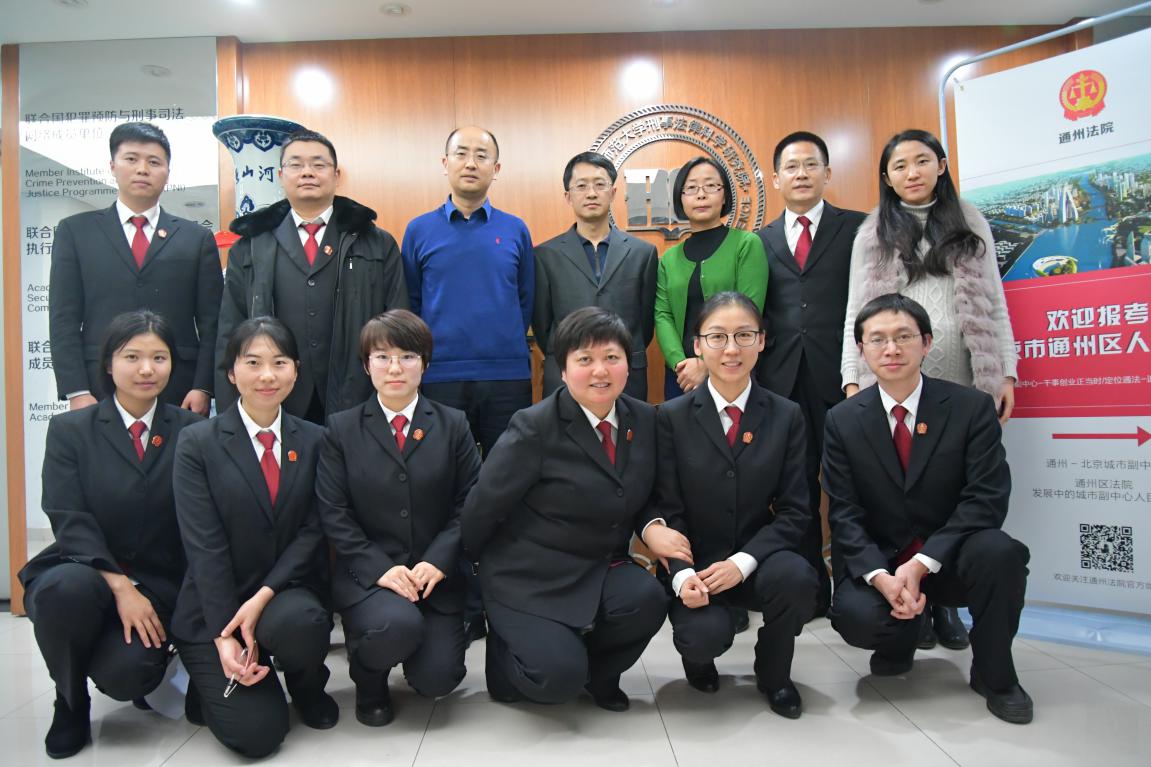