In response to the 10th Anniversary Homecoming Activities of the School, at 7am of August 24, 2019, the Alumni Office of the Law School welcomed the alumni who returned to the School after 10 years of graduation and gave out copies of their student registration record cards, memorial rings and breastpins. The alumni attended the 10th Anniversary Meeting for Homecoming at the QIU Jiduan Gymnasium at 10am.

At 1pm, the Homecoming Seminar for Alumni Graduating 10 Years Ago was held in 1822 GAO Mingxuan Conference Hall in the rear main building. The alumni representatives present included graduates of 1999 and 2009, master graduates and doctor graduates of 2009. This Seminar was presided over by YUAN Zhijie, deputy dean of the Law School, and attended by Professor LU Jianping, dean of the School, GUO Yating, deputy secretary of Party committee, WEI Tianjing, former deputy secretary of Party committee, professor HUANG Fenglan, LIU Hang, director of the Office, WANG Chunyu, director of the Alumni Office, WANG Lanfei, staff of the Office. 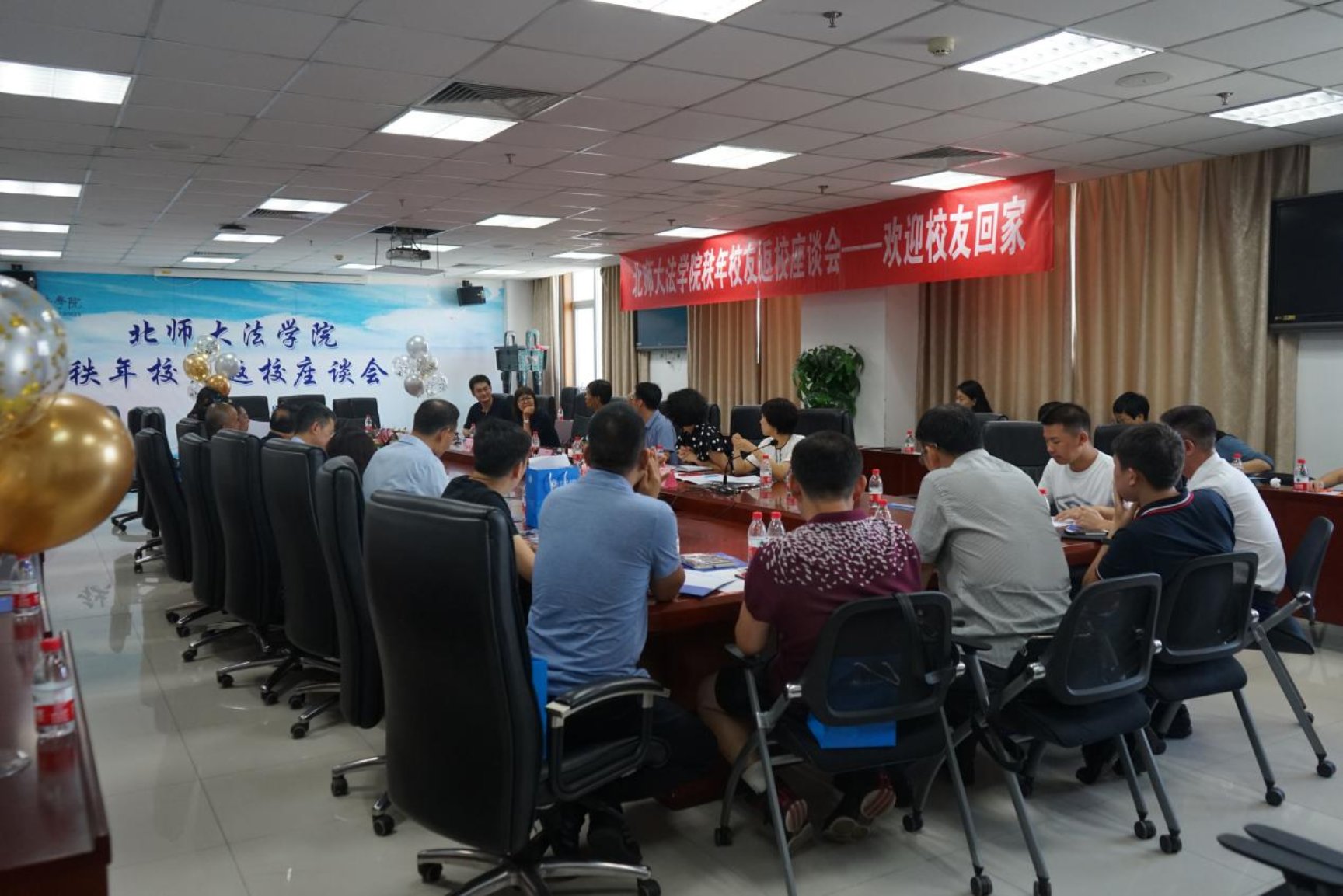 Dean LU Jianping first expressed warm welcome to the alumni on behalf of teachers and students. He mentioned that alumni once studied here and also grew and harvested new happiness in new platforms, but the student-hood is transient and pure, sincere and deep. Later, he introduced the achievements made by the School in recent years. Despite the short history of the Law School, it’s full of vitality and develops in a prosperous era. The development of the School cannot be separated from the support of alumni. He appreciated the contribution made by the alumni to school and welcomed them to go back more often.

Deputy dean YUAN Zhijie briefly introduced the new projects and new measures of undergraduate talents cultivation. He mentioned that the School will vigorously support the alumni work. With the establishment of alumni office last year, the number and scale of alumni homecoming activities were on the rise. In the future, communication platform will be built to strengthen the connections between alumni. He sincerely invited the alumni to continue to follow the development of the Law School, contribute to the development of the Law School and visit the School more often.

Professor HUANG Fenglan shared her story of sincere friendship between teachers and students. Since she was enrolled in 1985, she had been studying and working in the BNU and witnessed the establishment and growth of the Law major and the Law School. She mentioned that universities shape people and teachers and students are supporting each other and making each other better. The School will continue to be with us and take pride in us.

LIU Hang welcomed the returned alumni on behalf of teachers of the School Office. Mr. LIU said that students grew in life experience, career development after graduation and might also experience period of stagnation. He welcomed students to go back to the School whenever they are confused and stuck in the period of stagnation to pick up the good memories of the school time and be inspired. He also welcomed students to share their achievements and joys and witness the growth of the School.

Deputy secretary WEI Tianjing recalled the shared memories with the students present and took pride in their achievements. He mentioned that alumni work contributes to the growth of alumni and he hoped to pool the strength of alumni and enhance their sense of identity. He also expected them to visit the School more often.

At last, all teachers and the alumni present took a group photo. This activity was wrapped up in laughter. 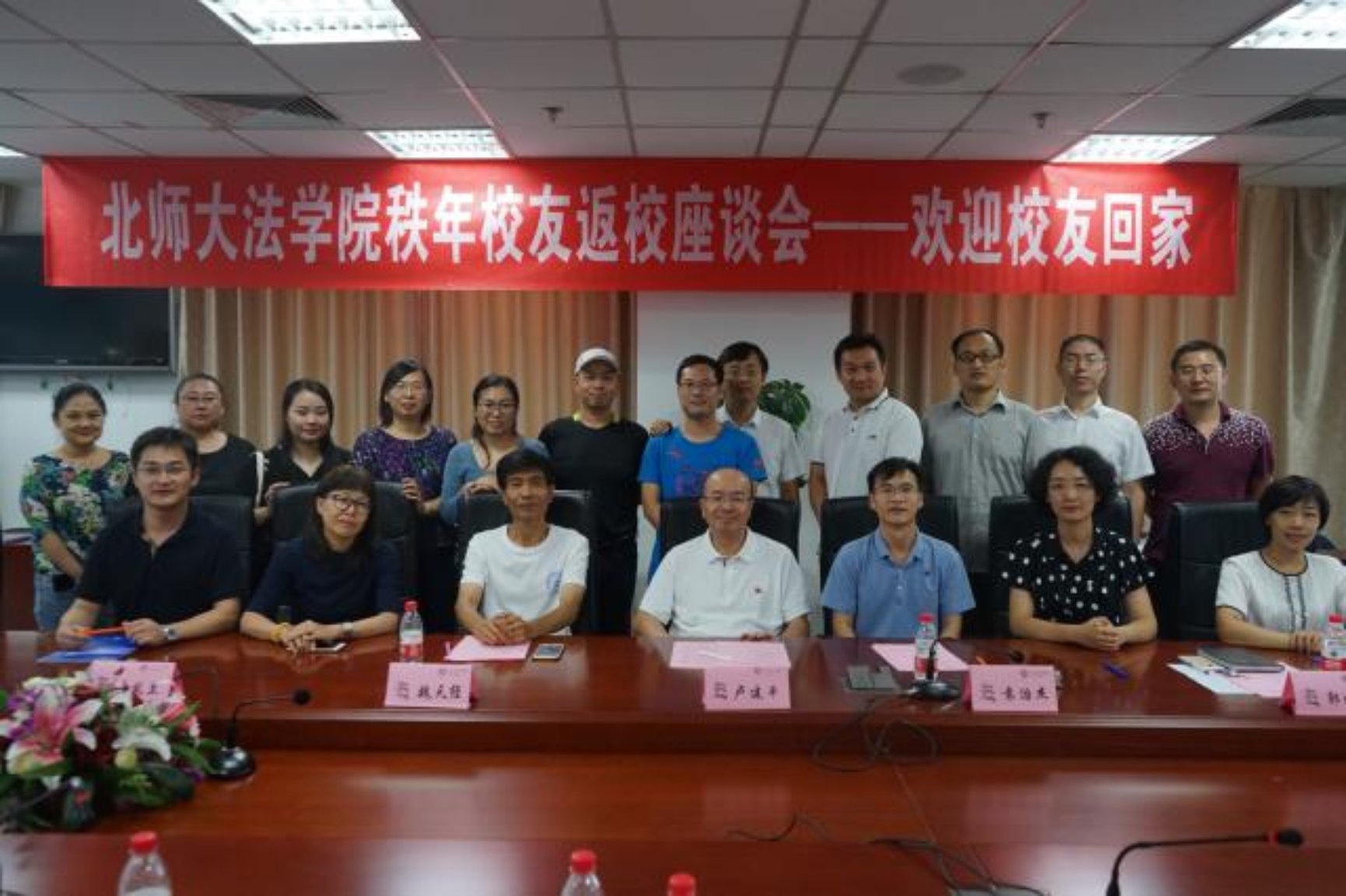