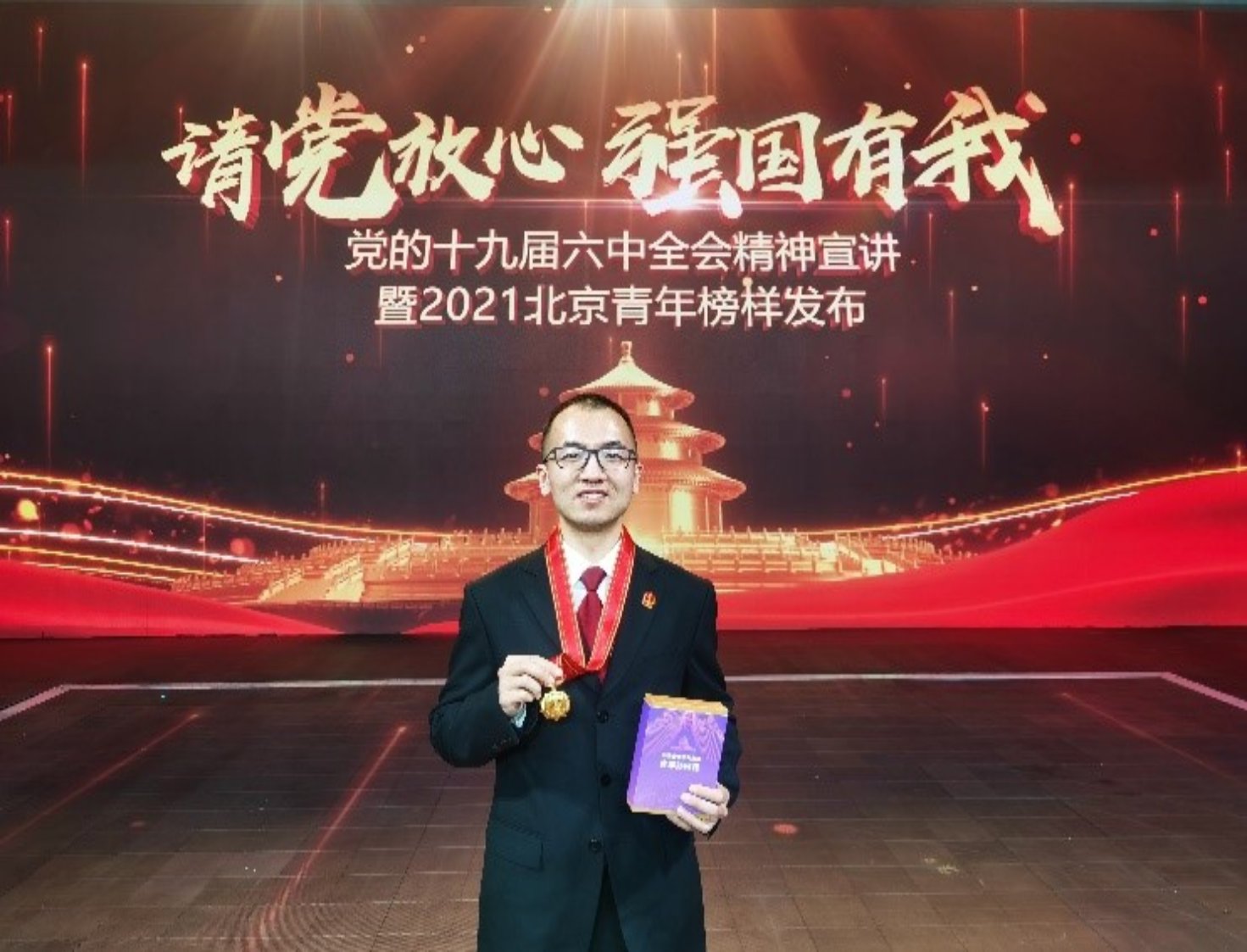 From 2013 to 2016, LIN Yihan studied for JM in the Law School of Beijing Normal University and learned from ZHANG Guihong. After graduated from Beijing Normal University, LIN Yihan worked in Yanqing District People’s Court of Beijing. And now, he is the deputy head of the research group of Yanqing Court Trial Management Office (Research Office). During his work, he was awarded the honorary titles of outstanding civil servants and advanced individuals in the court for many times. In addition, he actively operates the new media platforms of MicroBlog, WeChat and APP, has written more than 100 articles on network commentary and popularization of law, and continuously spreads positive energy on the network, so he was awarded “Advanced Individual in Beijing Court News Publicity and Public Opinion Guidance”. Moreover, he actively carries out positive publicity focusing on the idea that the service guarantees the Winter Olympics, and organizes the compilation of “popularizing-law brochure for Winter Olympics” and “compilation of popularizing-law cases”. Not only has he recorded more than 10 “online public classes” and “popularizing-law film insert”, but also he participated in the creation of 7 micro-movies on the rule of law. He popularized the law online in a lively way, and created a good legal environment of public opinion for the preparation and holding of the Winter Olympics, and was awarded as “2016–2020 Advanced Individual in Yanqing District, Beijing”. As a member of the Chinese Poetry Society and director of the Legal Poetry Society, LIN Yihan has published more than 200 poems on many online platforms. He makes great efforts for advertising the centenary of the Communist Party of China, welcoming the Winter Olympics and facilitating epidemic prevention and control, which played a very positive role on the Internet. Over the years, he has worked tirelessly and assiduously, telling good stories of courts and delivering good voices of justice with love and persistence, and contributing to the legal construction in China on the propaganda front. 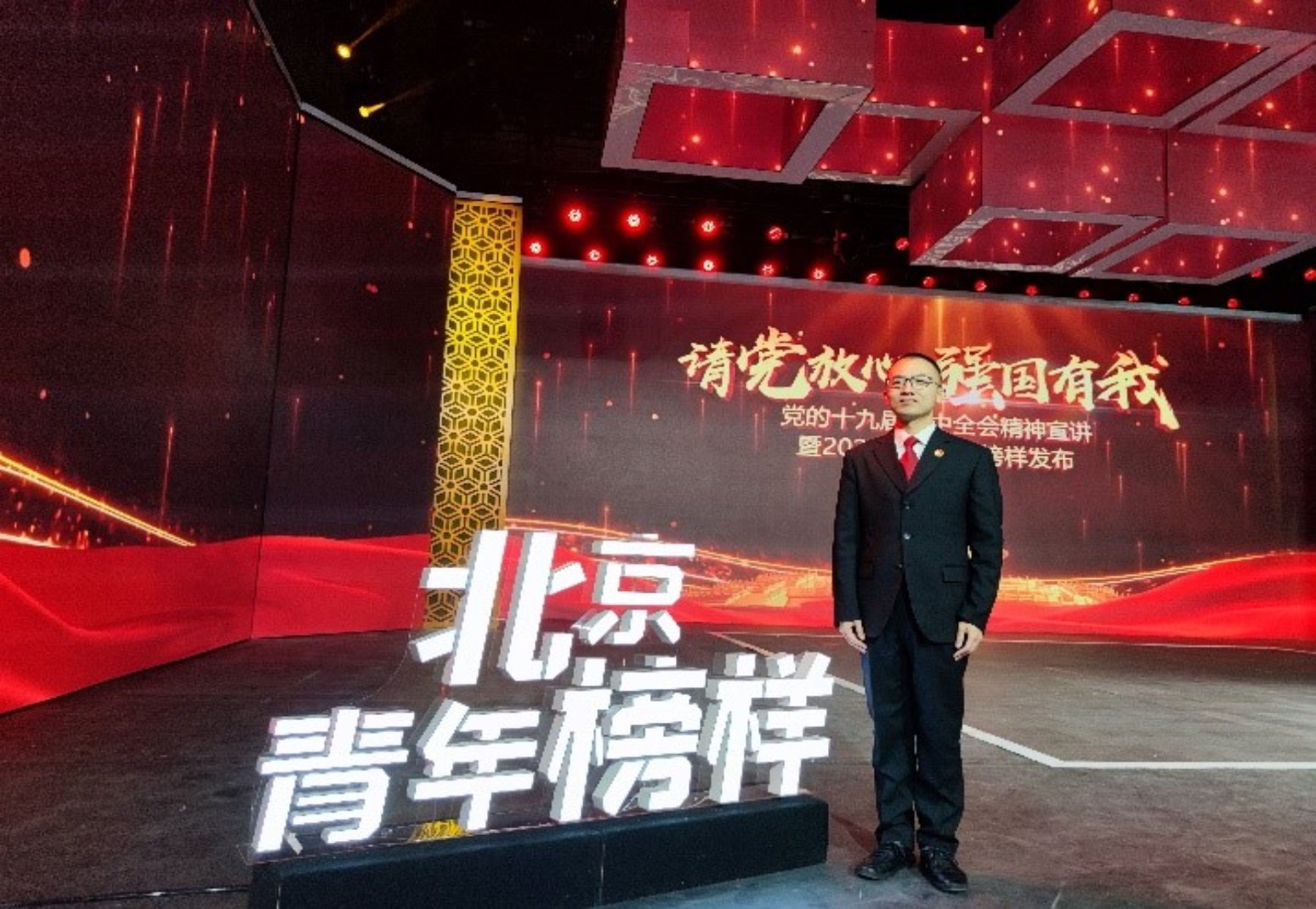 Protect the judicial public opinion position with the power of words

Grassroots judicial propaganda is dominant in guarding the main theme of judicial public opinion. As a front-line legal propagandist, LIN Yihan has accumulated rich work experience in many years of news propaganda work, and has gradually grown into an outstanding young police representative in Yanqing District People’s Court. As early as 2017, LIN Yihan was still working in the Complaint-receiving Department of the Court, and he began to engage in online reading and evaluation and public opinion guidance in his spare time after taking charge of his main business and done an excellent job of that. Finally, he was elected as a Beijing-level online reviewer and became the backbone of the legal publicity in Yanqing District. Over the years, he has always paid attention to current affairs, people’s livelihood, social conditions and public opinions, made every effort to become a conscientious person on the front of judicial propaganda. To do this, he insists on spreading the main theme of justice, and makes the effectiveness of the legal construction in the new era vivid. During the seventieth National Day, the 2019 Beijing World Expo, the centenary of the Communist Party of China, the countdown to the 100-day Winter Olympics and other important periods, he actively created, bravely voiced, adhered to the position of judicial ideology and public opinion, insisted on spreading the positive energy of the rule of law, and wrote dozens of articles such as “The History of Struggle for Magnificent Beauty, Striving Forward” and “Guarding the People’s Livelihood is Fair and Justice”, which were selected by mainstream media. In addition to these, LIN Yihan focused on hot spots and responded to people’s voices, carefully operated WeChat official account “Wen Qu Yao” and Sina Weibo “D Diao De Yang Guang Guang”, where he spread the charm of the rule of law on the Internet with simple language, true emotions and rich creative forms, and let the rule of law in the new era more accessible to the general public. During the period of epidemic prevention and control, he was deeply involved in the front-line report, and combined with “smart court” and “cloud trial”, he dug up many anti-epidemic stories on the judicial front, spreading judicial positive energy to win the epidemic prevention and control war.

Judicial cases are the most direct means to popularize the law to the society and common people. In order to write a good judicial case and turn the hard and obscure law language into a down-to-earth language, LIN Yihan actively researches and thinks deeply, and goes deep into the front line of trial execution. He is keen to study the hot spots and difficulties in trial execution, conducts specific law popularization for common legal problems around ordinary people. Besides, he has written more than 30 law popularization cases. Among them, “How Should Schools Perform Their Supervisory Duties Well: Starting from the Differences of Imputation Principles” and many other cases are published on various mainstream online media platforms. LIN Yihan always actively transmits legal knowledge to the public and constantly makes his great efforts to build a society where people know, understand, abide by and use the law. As the leader of “Qingxue” propaganda group of Winter Olympics judicial service support team with the theme of integrating the law into the future, he took the lead in organizing the compilation of “popularizing-law brochure for Winter Olympics” and “compilation of popularizing-law cases”, with an audience of more than 5,000 people. By this way, they promotes the dissemination of legal knowledge related to the Constitution, Civil Code and Winter Olympics among the people in the jurisdiction, guide the common people to develop a good concept of rule of law, and LIN Yihan was appraised as “2016–2020 Advanced Individual in Yanqing District, Beijing”. At the same time, he constantly innovates working methods and actively promotes “online popularization of law”, and strives to make it more vivid, lively and interesting, and form a good interaction with netizens by participating in the creation of micro-movies of rule of law and dramas of popularization of law. From participating in the first microfilm of Yanqing District People’s Court, The First Dream, to being the creator and director of the microfilms The Way Home and The Implementation of Three Primary Colors, he personally participated in the creation of seven rule of law microfilms, and the related works were recommended by the mainstream media in the city and district, and won a lot of praise on the Internet. Meanwhile, he adapted and created a number of songs about the rule of law, such as “Dream of the Rule of Law (Fa Zhi De Meg Xiang)”, “Temperature (Wen Du)”, “Youth Can Live Up to It (Qing Chun Bu Gu Fu)” and “Yan Fa Girl (Yan Fa Gu Niang)”, and constantly told the public the good stories of the people’s courts and spread the good voice of justice, forming a wide range of positive influences on the Internet.

Record the development of the times with the art of poetry

In his spare time, LIN Yihan is very fond of poetry creation. As a member of the Chinese Poetry Society and a director of the Legal Poetry Society, he also perfectly combines this hobby with his own work. Over the years, he has written many poems about patriotism, loving the country, praising the party, praising the people and publicizing the rule of law in combination with judicial hotspots and important current events. So far, he has published more than 200 poems on the platforms such as Legal Poetry Society, Selected Poems, Capital Political and Legal Comprehensive Management Network and Beijing Court Network to constantly show the positive energy of people’s courts to the society, write red revolutionary feelings with poems, and form a unique publicity charm on the Internet. In 2018, the Yan Fa Lan Cao Fu won the third prize in the prose group of “My Gardening Life” Poetry and Prose Competition of Beijing Yanqing World Expo. In 2018, the Ci Pai Liu Shou won the first prize of “Sound of Spring” group in the four seasons essay of “New Times Cup”. In 2020, the self-created poem Cheer for China (Zhong Guo Jia You) read aloud won the third prize in Yanqing District Anti-epidemic Poetry Reading Contest. In 2020, Two Verses—Ode to Yanqing New Era (Qi Lv Liang Shou Zan Yan Qing Xin Shi Dai) won the Excellence Award of “Chuangcheng Cup” essay category of Yanqing District staff. He turned the beauty observed in his eyes into flowing poems, recording the prosperity of the motherland, the harmony and beauty of the society, the development and progress of the rule of law, praising the new era, new Beijing and new Yanqing, and reflecting the sunny and positive mental outlook of young police officers in the people’s courts in the new era.

The background of youth is struggle, and the struggle of the youth is the most beautiful. On the road of striving for the rule of law, LIN Yihan explained the energy brought by the combination of personal growth and the development of the judicial cause of the motherland with practical actions. As a young policeman in the grass-roots court of the capital, he will surely keep in mind the initial intention and mission of the court people, write more good articles and tell more good stories with his pen in his hand, and be a “burner” of the judicial cause on the publicity front of the court, so that his limited life is full of infinite value in the struggle for the rule of law in the motherland!